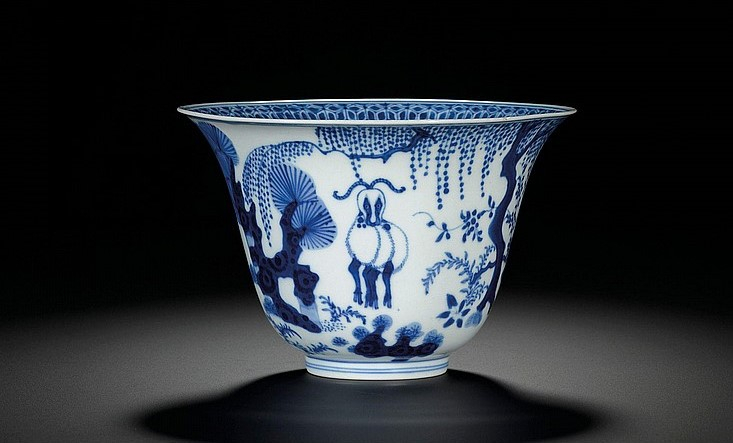 well potted of inverted bell shape with steep sides gently rising to a flared rim, painted on the exterior in imitation of the Jiajing original with a scene of three rams in a setting of willow, pine and bamboo, the interior with a central medallion of a qilin, within a cell diaper band around the rim, the base inscribed with a six-character apocryphal Jiajing mark.

The 'Three Rams' (sanyang) design represents a change of fortune with the arrival of spring and the New Year. The three rams are often shown together with the rising sun (taiyang) to form the rebus for 'three yang bring prosperity'. The Yijing (Book of Changes) first mentions the phrase sanyang in reference to the three male lines, tai, that symbolise heaven. The tai is positioned under three female lines, kun, that represent earth; hence the phrase sanyang kaitai, which means 'the New Year brings renewal and a change of fortune'.