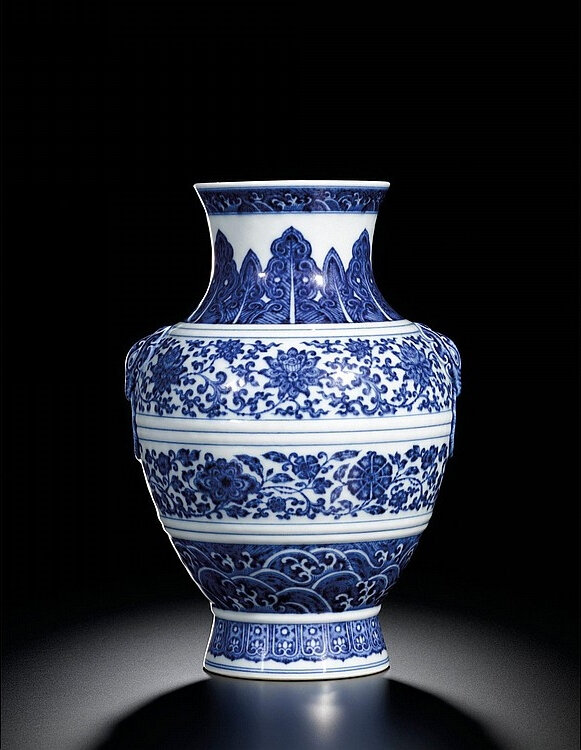 the ovoid body divided into four horizontal registers by three double fillets, the two central bands painted with composite and lotus foliate scroll interrupted by a pair of moulded dragon mask and ring handles, above a band of crashing waves around the base above a raised foot encircled with petal lappets, with a band of upright leaf tips on a slightly flaring neck, the base inscribed with the six-character seal mark in underglaze blue.

Vases of this type belong to a group of Qianlong blue and white wares with decoration adapted from fifteenth century designs on an archaic bronze shape that is 'alien to the fifteenth century' (see Julian Thompson, 'Decorative Motifs on Blue and White Porcelain in the S.C. Ko Collection', Chinese Porcelain. The S.C. Ko Tianminlou Collection, pt. II, Hong Kong, 1987, p. 31. This type of vase remained popular and continued to be made throughout the Qing period; see a Daoguang vase included in Geng Baochang, Ming Qing ciqi jiandong, Hong Kong, 1993, pl. 510.