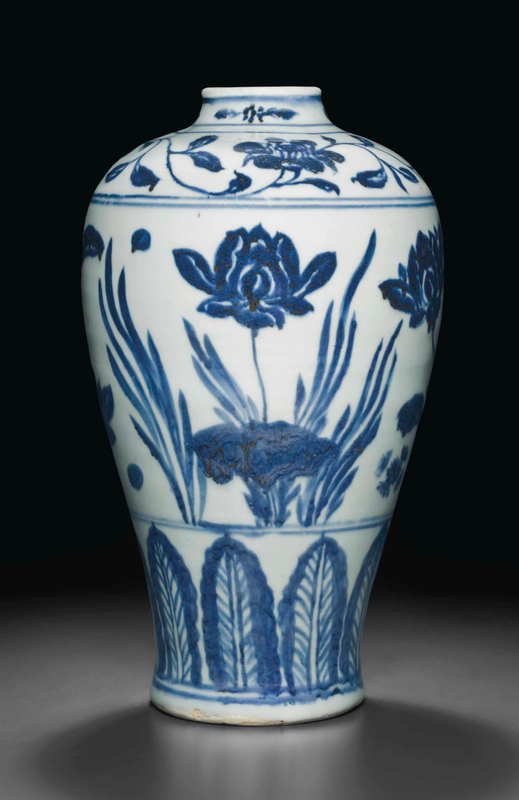 The heavily potted body is decorated in deep, rich, underglaze blue with a wide band of three lotus plants, grasses and sagitarria between double-line borders and a band of upright leaf tips below and a band of camelia scroll on the rounded shoulder above. Three small foliate sprays are on the short, tapering neck, Japanese wood box.

Note: Very similar camelia and leaf tip borders can be seen on a blue and white meiping with 'windswept'-style figural decoration in the Shanghai Museum, illustrated in Underglaze Blue & Red, Shanghai Museum, 1987, p. 86, no. 74, where it is dated mid-15th century.