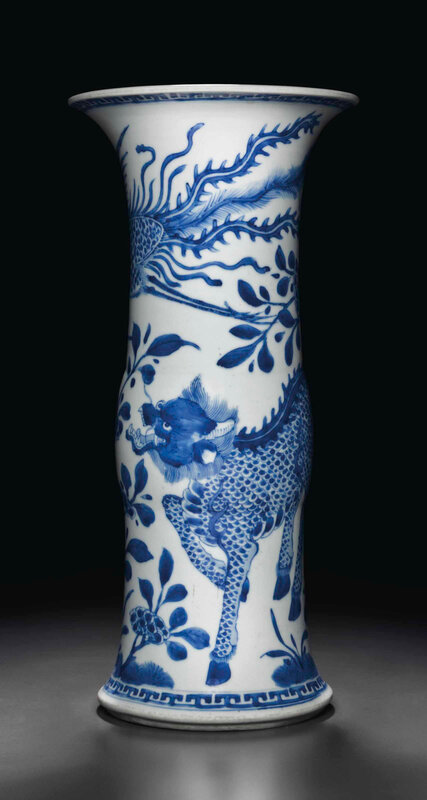 The vase is boldly painted in varying tones of underglaze blue with a qilin on one side and a phoenix on the other, separated by tall flowering trees all between borders of key-fret at the neck and foot. A band of pine needles encircles the interior of the mouth, wood stand.