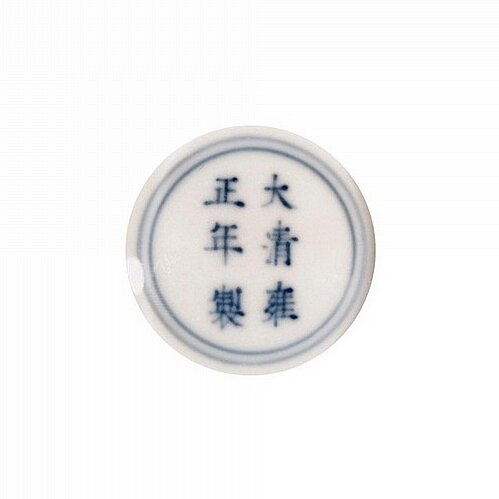 the steep rounded sides supported on a flared foot, incised around the exterior with twelve iron-red and white bats in flight, each holding a pale-green double-gourd suspended from a blue ribbon in its beak, set amidst swirling green clouds with incised detailing, all between a band of interlinked ruyi-heads at the rim and a band of upright lappets at the foot, covered overall in a lemon-yellow ground, inscribed to the base with a six-character mark within a double circle in underglaze-blue.