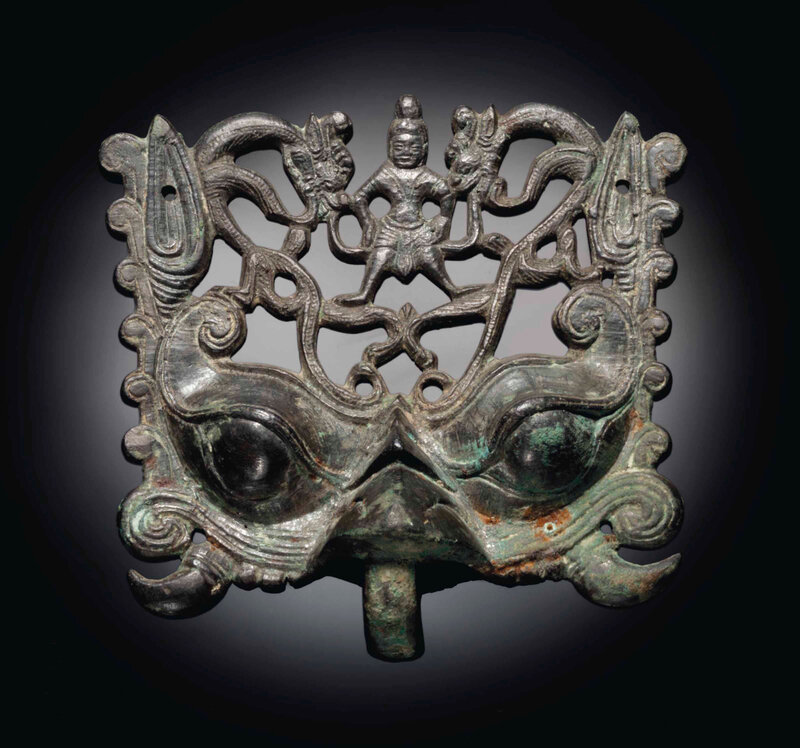 The fitting is cast as a taotie mask with curved fangs, a beak-form nose above a curved hook, bulging eyes and a pair of pricked ears which flank a central openwork area formed by a figure standing with arms akimbo on the back legs of two confronted dragons. There are four small holes for attachment.

Note: Compare the similar mask from Leizumiao, Guyuan, Ningxia Autonomous Region, and now in the Guyuan Museum, illustrated by James C.Y. Watt et al., in China: Dawn of a Golden Age, 200-750 AD, The Metropolitan Museum of Art, 2004, p. 164, no. 73, where it is dated Northern Wei dynasty, 5th century. The entry notes that the motif of a "human figure placed between the animals survives from an earlier period of Xianbei culture on the steppes." This mask also retains its pendent ring handle which duplicates the openwork decoration between the ears of the animal mask.