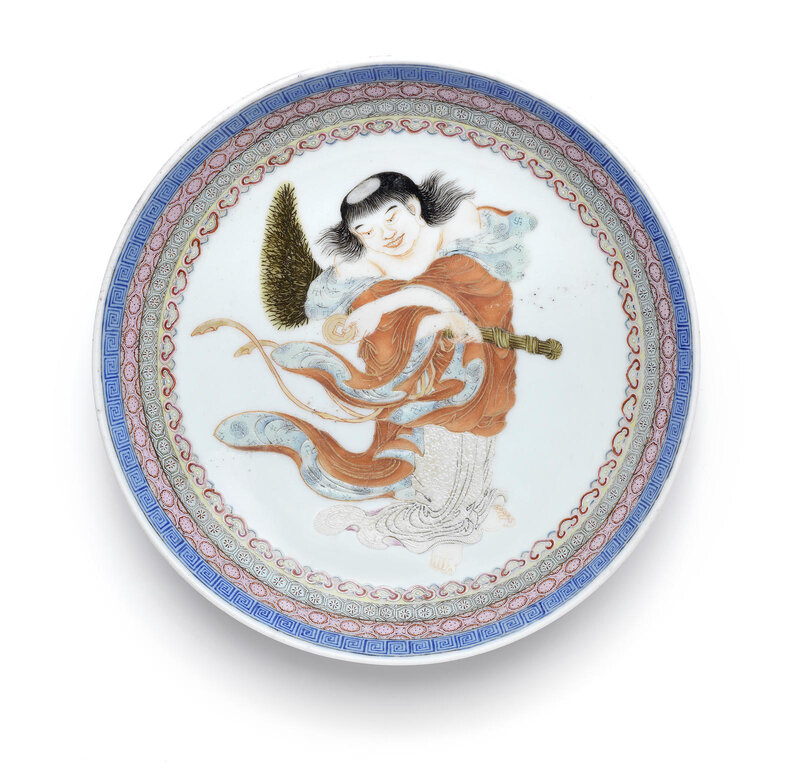 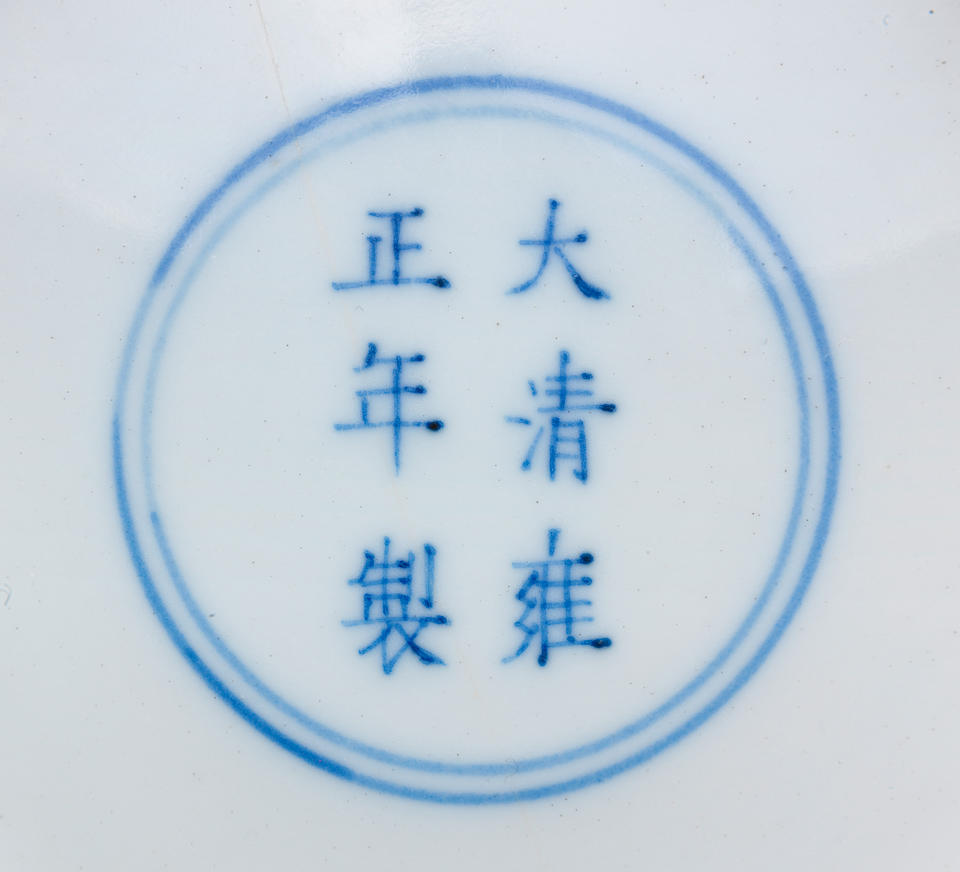 The curved body with shallow, rounded sides, rising from a recessed circular foot, covered around the exterior with a rich red glaze falling short of the foot rim, the interior delicately enamelled with Liu Hai wearing loose, patterned robes, holding a coin in his left hand and a twisted rope in the right hand, within four concentric bands of ruyi, cell-patterns and leiwen, the base with a six-character Imperial kaishu mark in underglaze-blue within double circles.

Note: The Daoist god of wealth and prosperity, Liu Hai is often portrayed with a three-legged toad, believed to whisk him off to any destination. In addition, the character for toad, chan, is homophone with qian, meaning coin, which assigns the animal a further auspicious symbolism. A ruby-back dish of very similar form and size depicting the immortal Li Tieguai is in the Boymans-van Beuningen Museum, Rotterdam, illustrated by C.J.A.Jörg, Oriental Porcelain, Rotterdam, 1995, no.26, and another sold at Christie's London, 2 October 2013, lot 61.