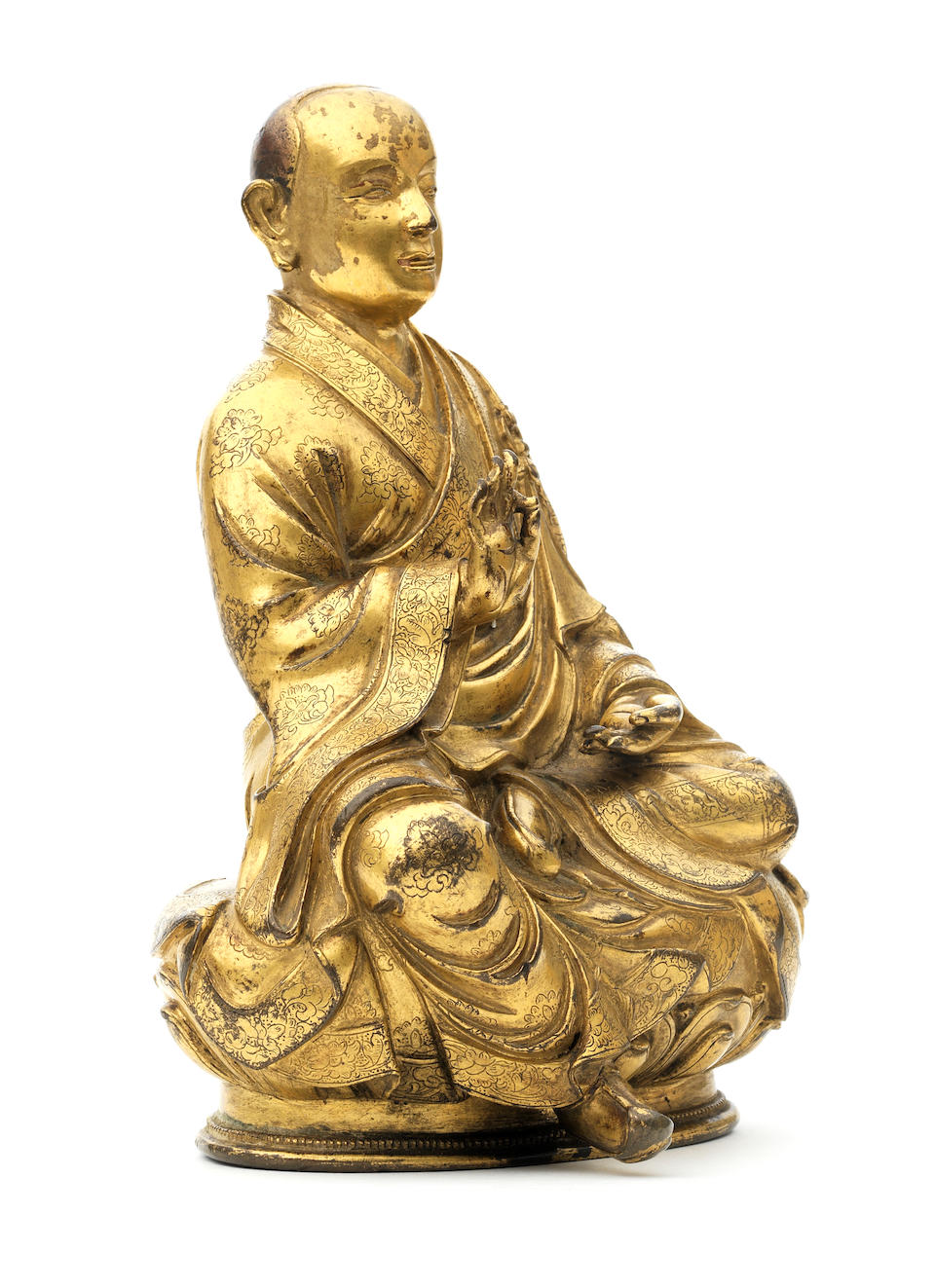 The arhat seated in lalitasana on a lotus base incised with a lengthy inscription identifying the figure as Bzang po, wearing heavy inner and outer robes finely incised with floral scrolls and flower heads, the right hand in vitarka mudra, the left hand resting on the lap, the face with a meditative expression, the hair cropped short, the back incised with a Tibetan inscription, the base sealed and incised with a double vajra.

Note: The three line Tibetan inscription verso identifies the figure as Phyags.pa dgra bzang.po, a variant of the simple shortened form of Bzang.po, by which Bhadra is known.

The voluminous robes are incised with delicate foliate motifs that are realistically drawn to reflect the heavy folds over his entire body and almost totally obscure the lotus base. Another portrait that is most likely from the same series of arhats sold at Sotheby's New York, 4 June 1994, lot 25 and a further later set of thirteen, formerly in the Manheim Collection, sold at Christie's New York, 16 September 2008, lot 533.

The garment hook over his left shoulder and his curled-toe boots relate directly to Ming period thangkas depicting the Buddhist elders (luohans), illustrated in J.Singer and P.Denwood, Tibetan Art, 1997, p.111, no.92. For another arhat seated on a single row of lotus petals covered by robes, included in a private collection, see HAR - himalayanart.org/items/70301. Also compare with a portrait of Brog mi Lo tsa ba dated to the 15th century preserved in the Jokhang, see U. von Schroeder, Buddhist Sculptures Tibet and China, 2001, vol.2, no.276C, p.1073