Chakrasamvara, Eastern India, 1100s. © The Trustees of the British Museum

LONDON - Dr Imma Ramos, curator of Tantra: enlightenment to revolution, said: “This major exhibition will capture the rebellious spirit of Tantra, with its potential to disrupt prevailing social, cultural and political establishments. Tantra is usually equated with sex in the West, but it should be understood as part of a broader philosophy of transgression. We will demonstrate Tantra’s enduring potential for opening up new ways of seeing and changing the world.”

A radical philosophy that transformed the religious, cultural and political landscape of India and beyond will be explored in a landmark new exhibition at the British Museum. Supported by the Bagri Foundation, Tantra: enlightenment to revolution (23 April – 26 July 2020) will chart the rise and spread of Tantra, a set of beliefs and rituals that first emerged in India around AD 500. The exhibition will explore Tantra’s early medieval transformation of Hinduism and Buddhism, along with its links to the Indian fight for independence and the rise of 1960s counterculture in the West. 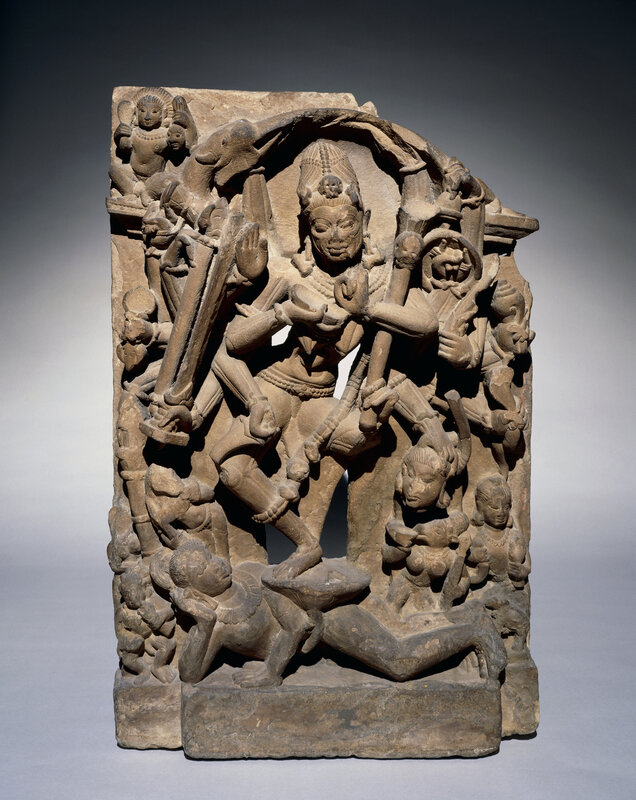 Chamunda dancing on a corpse, Madhya Pradesh, Central India, 800s. © The Trustees of the British Museum

Tantra: enlightenment to revolution will be the first major exhibition in the UK focusing on the history of Tantraand its global impact. It is the very first time the British Museum – which houses one of the biggest and most comprehensive collections of Tantric material in the world – will explore this subject in an exhibition. Over 100 objects will be on show, including masterpieces of sculpture, painting, prints and ritual objects, with around one third on loan to the Museum from important collections in the UK and internationally.

Tantra’s impact is evident across Asia’s diverse cultural and religious traditions, but it remains largely unknown – or misrepresented – in the West. Little is known beyond its association to sex and yoga. The exhibition will demonstrate that from its inception, Tantra has challenged political, sexual and gender norms around the world, and that it has always been linked to successive waves of revolutionary thought.

An early ‘Tantra’ from Nepal. © The Syndics of Cambridge University Library

Tantra is a philosophy rooted in sacred instructional texts called ‘Tantras’. They take their name from the Sanskrit word ‘tan’, meaning ‘to weave’ or ‘compose’, and are often written in the form of a conversation between a god and goddess. The exhibition will feature four examples of some of the earliest surviving Tantras in the world, on loan from Cambridge University Library. Made in Nepal from around the 12th century, these texts outline a variety of rituals for invoking one of the many all-powerful Tantric deities, including through visualisations (imaginatively identifying with a deity) and yoga. Tantras often also described rituals that transgressed existing social and religious boundaries, such as sexual rites and engagement with intoxicants and the traditionally taboo. Such rituals affirmed all aspects of existence as sacred, including the body and the sensual, in order to achieve liberation and generate power. One example in the exhibition describes the benefits of actively engaging in sexual activity with a partner in order to ultimately transcend desire itself: ‘By passion the world is bound; by passion too it is released’. The exhibition will particularly explore Tantra’s radical challenge to gender norms. The Tantric worldview sees all material reality as animated by Shakti – unlimited, divine feminine power. This inspired the dramatic rise of goddess worship in India and confronted traditional gender roles. Goddesses and female Tantric practitioners are featured prominently in the exhibition, ranging from a 9th-century sandstone temple relief from Madhya Pradesh depicting the ferocious goddess Chamunda dancing on a corpse, to an 18th-century courtly painting showing female gurus offering Tantric initiation. These depictions transcended conventional images of womanhood as passive and docile. A number of contemporary works by female artists will be on display, highlighting the ongoing relevance of Tantra’s impact on gender. These works harness Tantric goddesses through the bodies of real women, including Sutapa Biswas’ 1985 mixed media work Housewives with Steak-Knives, which evokes the Tantric goddess Kali in a modern feminist form. Painting of the goddess Narodakini, Tibet, 1700–1900. © The Trustees of the British Museum

Tantra also became a tool of revolution during the fight for India’s independence in the late 19th century. Indian revolutionaries in Bengal harnessed Tantra for its insurgent potential during colonial rule, reimagining goddesses such as Kali as symbols of an independent India rising up against the British. Visitors will see dramatic sculptures and artworks of Kali wearing garlands of decapitated heads, which successfully exploited British fears of the goddess as a bloodthirsty ‘demon mother’. In the exhibition the true meaning behind her symbolism, tied to both destructive power and maternal strength, will be decoded. A woman visiting two Nath yoginis, North India, Mughal, about 1750. © The Trustees of the British Museum

The final section of the exhibition will focus on the 20th century, and Tantra’s modern re-imaginings in Asia and the West. In the 1960s and 1970s, Tantric ideas and imagery inspired global countercultural movements, and had an important impact on the period’s radical politics. In Britain and the USA, Tantra was interpreted as a movement that could inspire anti-capitalist, ecological and free love ideals. The Tantra-inspired psychedelic posters that plastered the streets of London and San Francisco during this time will be on show, as well as paintings, photographs and sculptures illustrating Tantra’s enduring influence in art and popular culture. 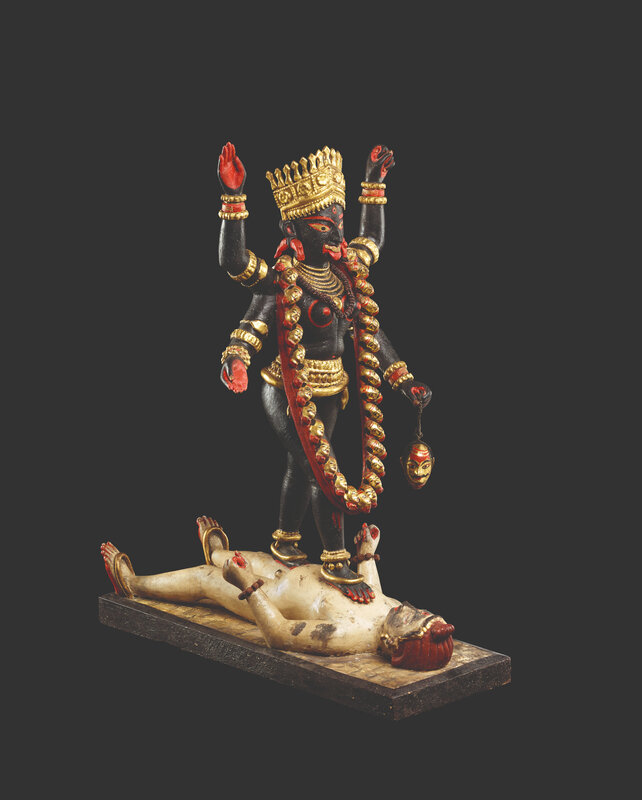 Dr Hartwig Fischer, Director of the British Museum, said: “Tantra has been the subject of great fascination for centuries and continues to capture people’s imaginations. We’re delighted to present Tantra: enlightenment to revolution – the first historical exploration of Tantric visual culture from its origins in India to its reimagining in the West – where visitors will be able to explore the wider philosophies of Tantra. We are most grateful for the support of the Bagri Foundation for making the exhibition possible.”

Dr Alka Bagri, trustee of the Bagri Foundation said: “We are pleased to be the lead supporter of Tantra: enlightenment to revolution at the British Museum. Led by curiosity, the Bagri Foundation provides a platform for artists from Asia to showcase their talent through a range of multi-disciplinary programmes. We are excited to be part of an exhibition that we hope can change people’s perceptions of Tantric philosophyand its art,contributing to a greater understanding of this complex subject.”