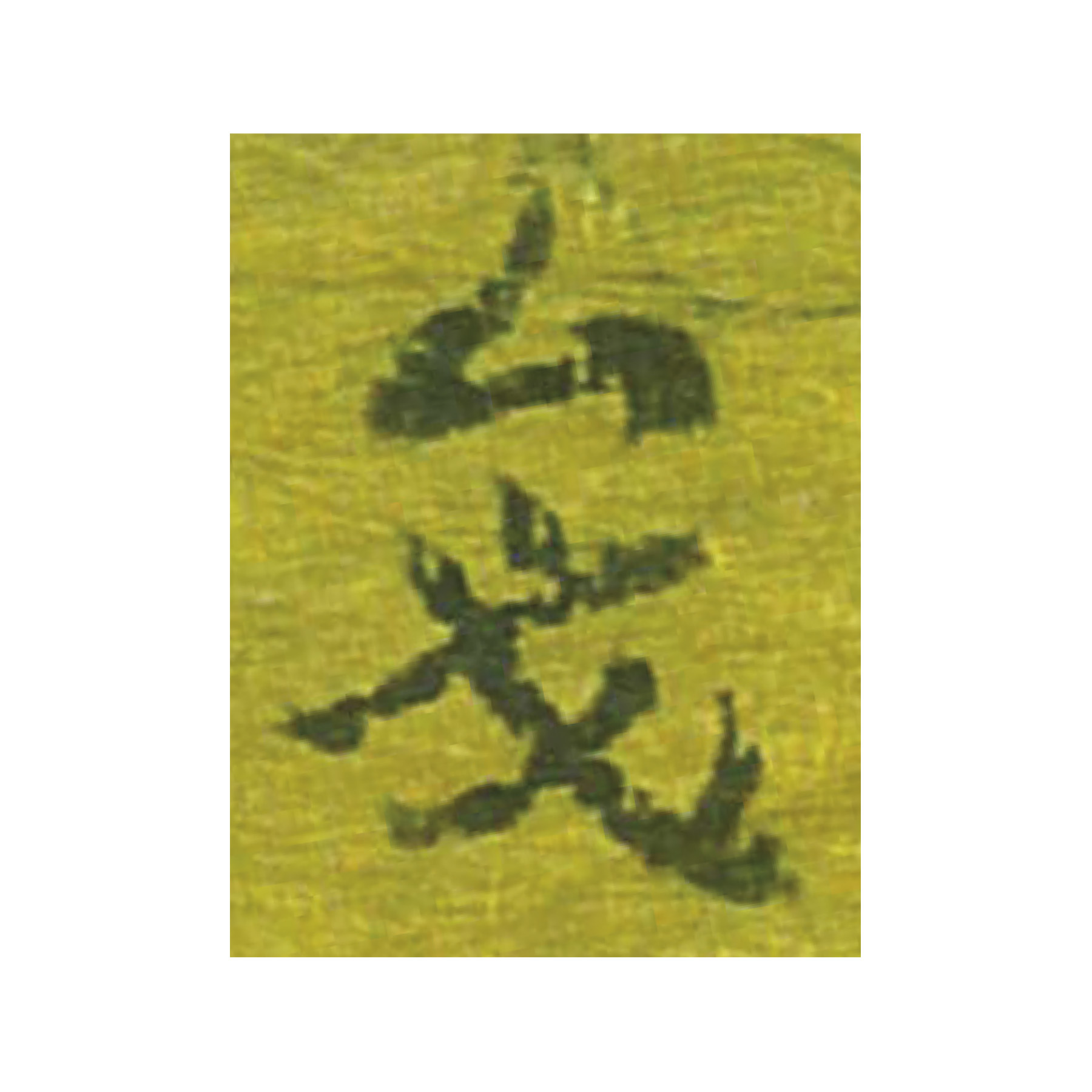 The circular badge is finely embroidered depict a front facing five-clawed dragon worked in couched gold threads embracing a 'flaming pearl', all against a dense ground of multi-coloured clouds interspersed with red bats above jagged mountains emerging from crested waves. The reverse of the roundel is tagged with a yellow label inscribed with a character.

Note: The current roundel was made for a surcoat of an Imperial princess. The yellow label on its underside suggests that it was once housed in the Imperial Palace depositories for court attires.