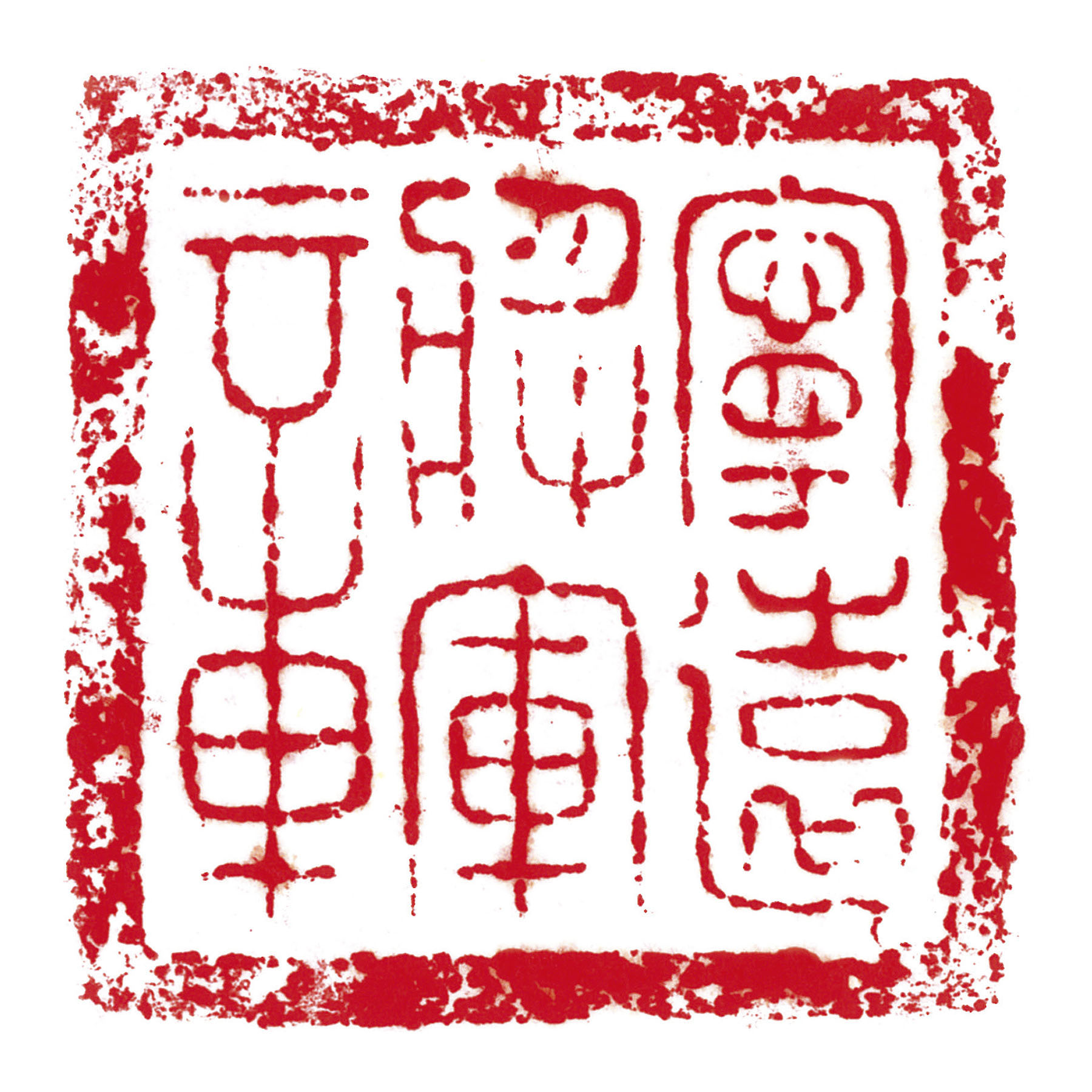 The square seal is cast with a finial in the form of two lion heads confronted on a flaming pearl. The surface is finely inlaid with silver with a pair of sinuous dragons on top and waves on the sides. The seal face is cast with an inscription in seal script, Ningyuan jiangjun zhang, 'Seal of General of Ningyuan'.