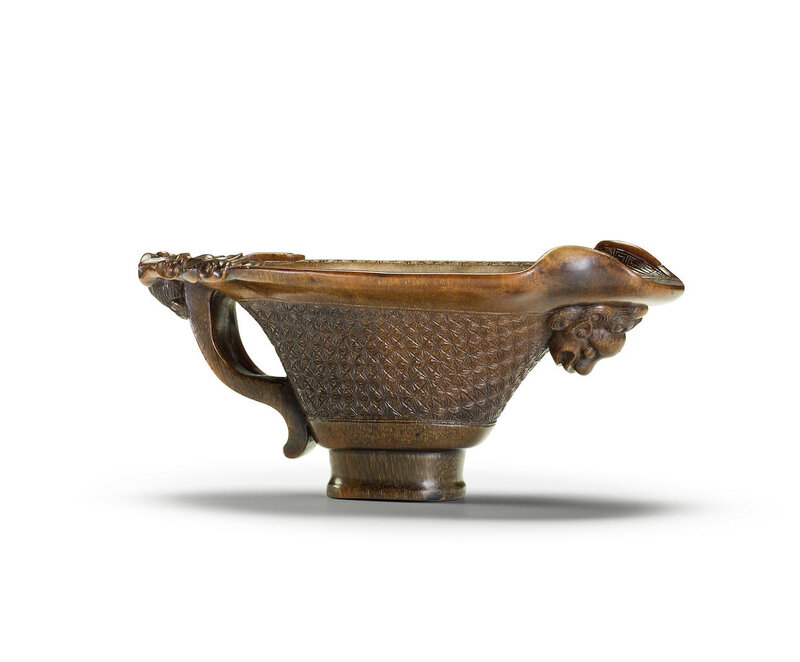 Finely carved to the exterior with a band of trefoil diaper ground beneath a flattened rim encircled by key-fret borders, the handle formed by a stylistic mythical beast climbing up one side and biting on the rim, its bulging eyes framed by a pair of curved horns and furry mane issuing swirling mists, a mythical beast taotie under the spout..

Note: The striking quality of the present lot is evident in the remarkable composition transforming the rhinoceros horn into an archaistic yi pouring vessel with generous curving rim, subtly carved on the exterior with a trefoil diaper ground, accentuating the three-dimensional monster-mask, reminiscent of archaic bronze handles. The superb workmanship executed on the cup clearly demonstrates it was made to be handled and admired from all sides.