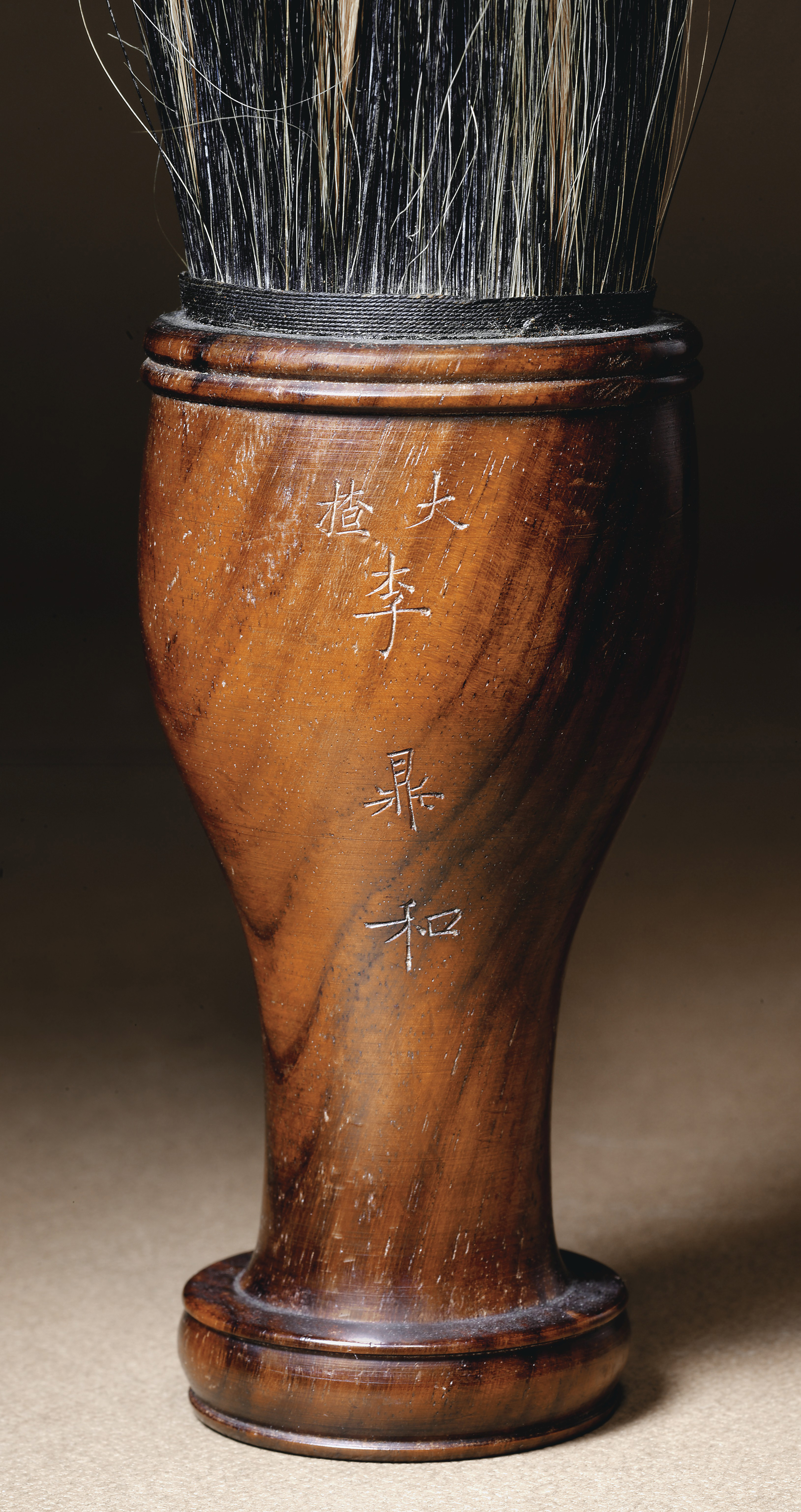 All three are of a bulbous, waisted, form, with wide spreading end. The first of hongmu is carved with a double raised bead where the brush attaches and has a five-character inscription da zha Li Dinghe (large brush [by] Li Dinghe), inscribed on the body. The second is also of hongmu, with a single raised bead at the brush end. The third of softwood is incised with three bands around the body, and covered in red lacquer; hog and goat hair brush bristles.

Note: Li Dinghe was a famous brush maker based in Shanghai, active during the mid 19th-century.