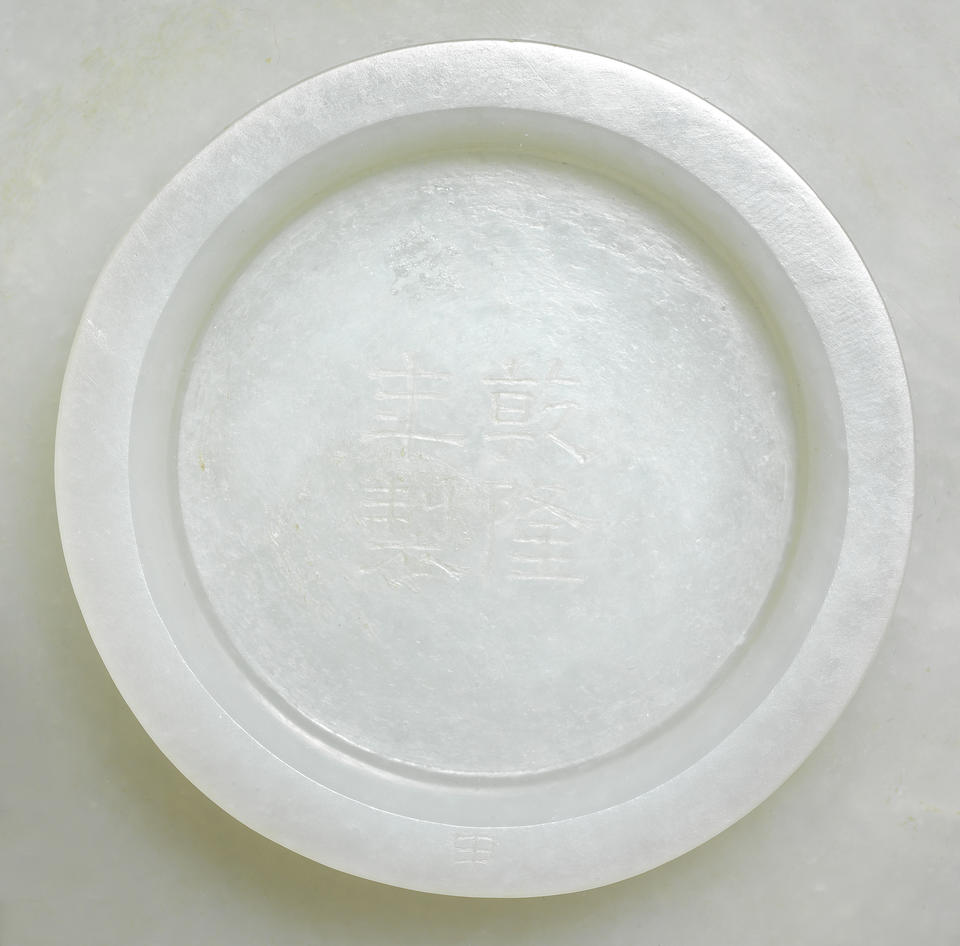 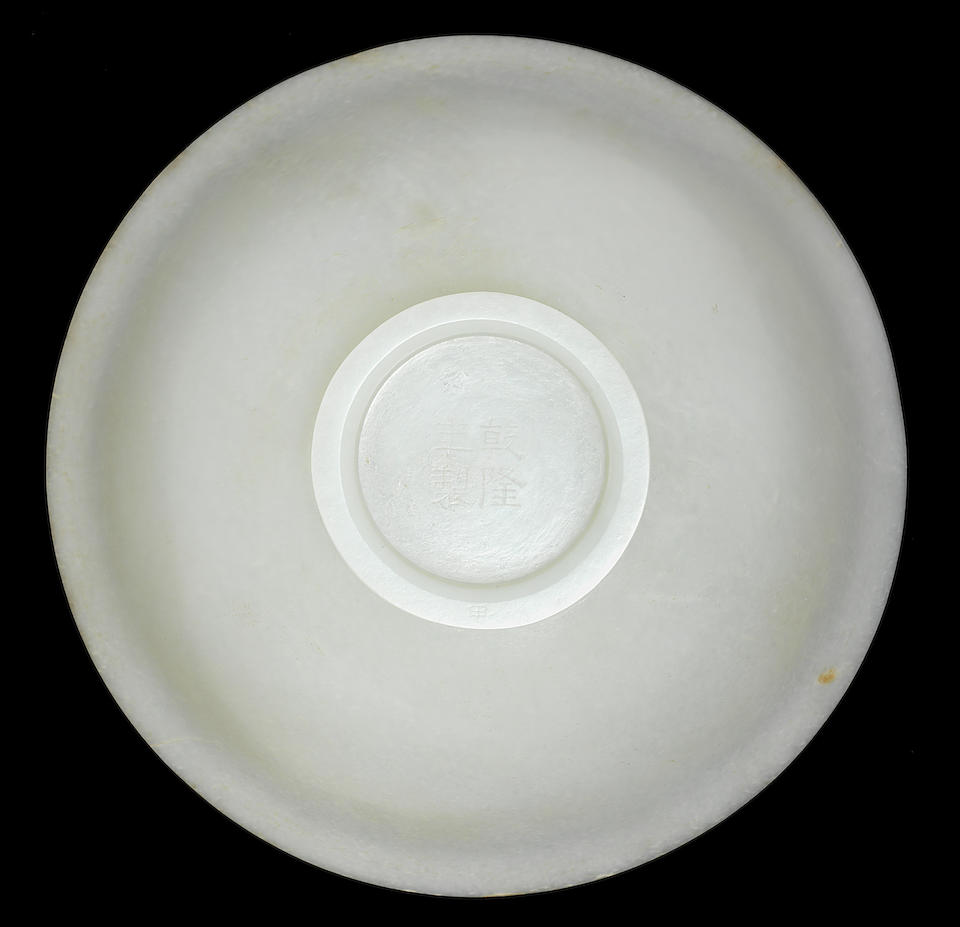 Note: Bowls such as the present lot are rare: the finely hollowed shape requires the removal as waste of an extravagant amount of precious jade, necessary for the desired effect of allowing the light to gleam through the translucent sides.

Furthermore, it is unusual to find such a piece with an imperial reign mark, although related unmarked jade bowls were also in the imperial collections: see for example a white jade bowl with a Palace inventory label in the Fitzwilliam Museum, Cambridge, illustrated by J.C.S.Lin, The Immortal Stone: Chinese jades from the Neolithic period to the twentieth century, Cambridge, 2009, p.91, no.81, where the author notes that 'the quality of the jade, excellent carving and polishing, and the location label... indicate that [it] belonged to the Imperial collection'.

For a similar example also with a jia character, Qianlong mark and period, see Ming and Qing Chinese Arts from the C.P.Lin Collection, Hong Kong, 2014, no.130. Another smaller example also with a jia character was sold at Sotheby's New York, 19 March 2007, lot 11, and a related white jade bowl, Qianlong mark and period, was sold at Sotheby's Hong Kong, 8 April 2014, lot 3038.