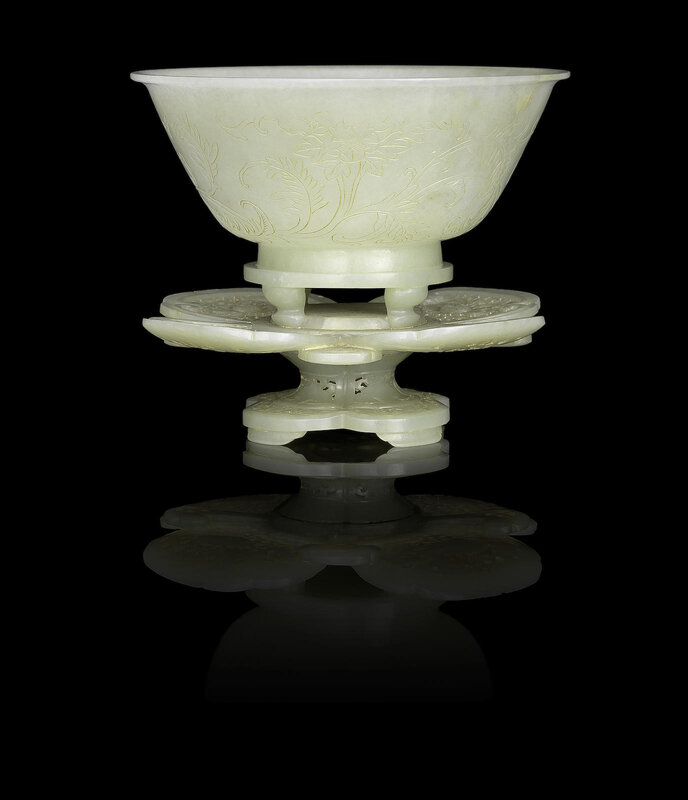 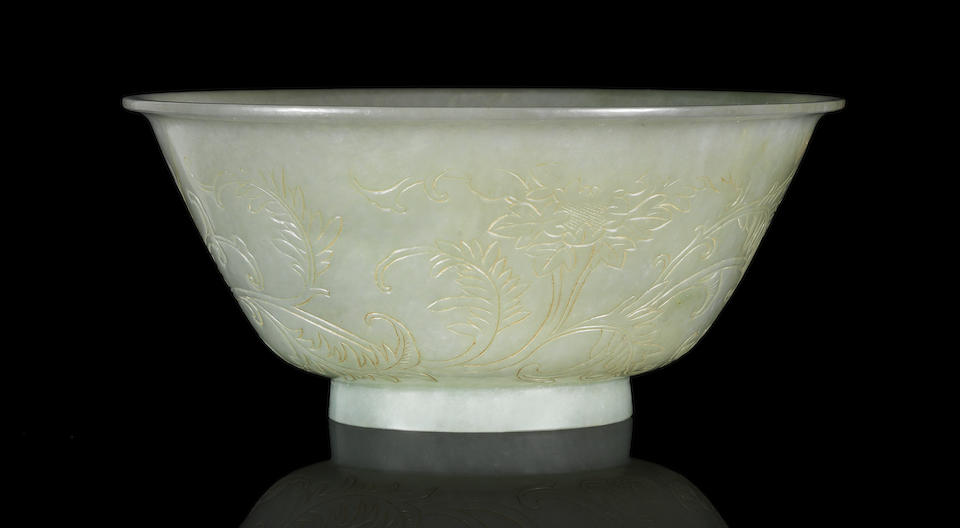 With slightly everted rim supported on a straight foot, incised to the exterior with sunflowers borne on scrolling tendrils issuing acanthus leaves, supported on a reticulated quatrefoil stand in the shape of four petals carved with further flower heads surrounded by leafy tendrils.

Note: The present lot is a very fine example of the ingenious jade workmanship achieved during the Qianlong period, as is particularly exemplified in the outstanding openwork carving of the jade stand.

The design and craftsmanship of the bowl and stand is clearly derived from Mughal jades, which were identified by the Qianlong emperor as 'Hindustan' jades. Mughal jades originating in India were highly admired by the emperor as demonstrated by the very large number of extant examples from the Qing Court Collection and now in the National Palace Museum, Taipei; see Teng Shu-p'ing, Exquisite Beauty: Islamic Jades, Taipei, 2007 (for related openwork examples see pls.193-195, 207 and 208). The admiration and demand for Mughal jades affected the design of jade carving in second-half 18th century China, and the present bowl and stand is a fine example of the combination of styles, utilising to a great effect the overlapping reticulated lappets encircling the shou-character medallion. The precise fitting of the bowl onto the stand, allowing for greater stability and ability to rotate the bowl upon it, are noteworthy and a further testament to the masterful carving.