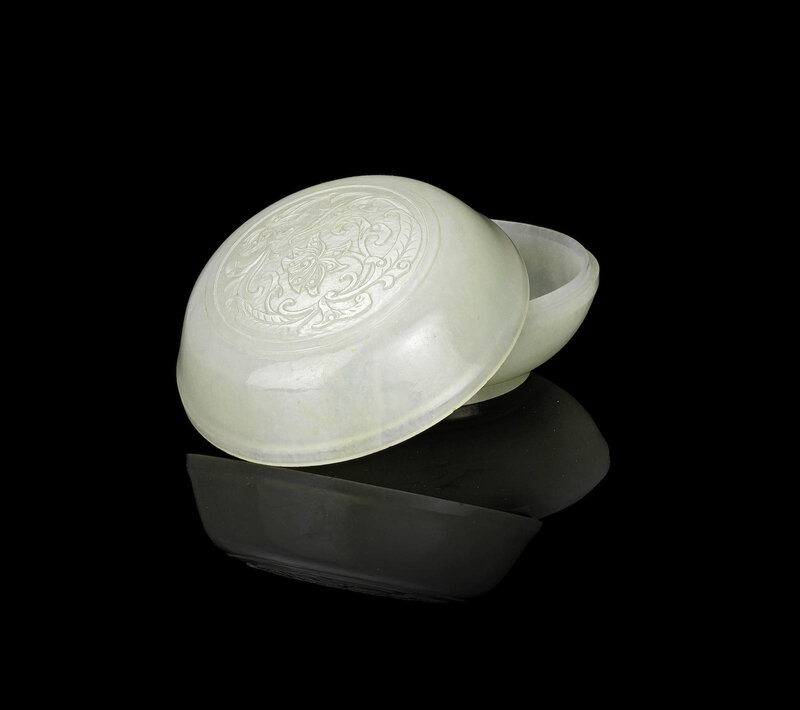 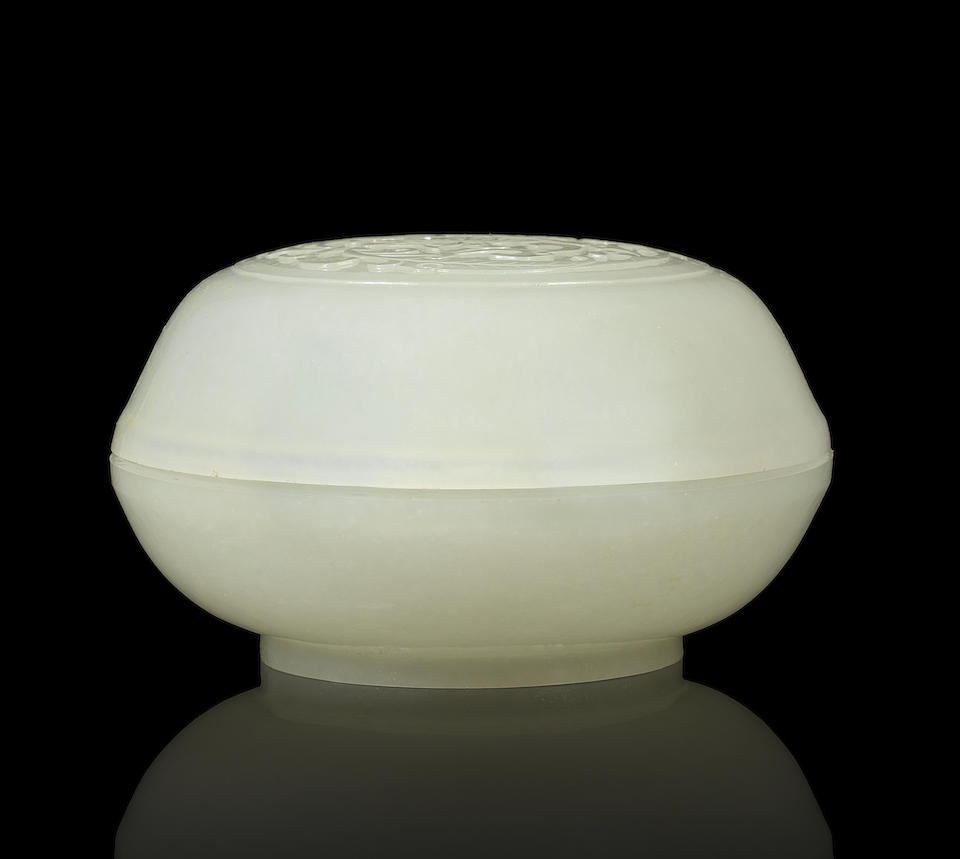 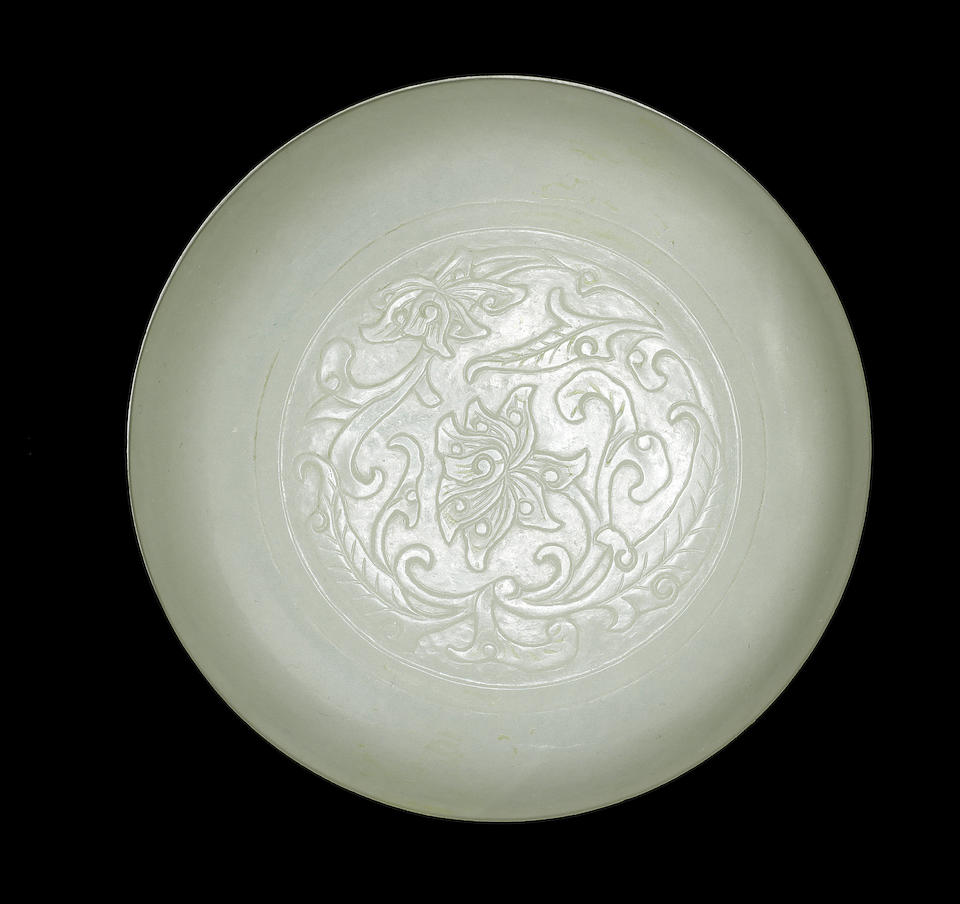 Note: The lustrous white jade box and cover is a very fine example of the highest quality of white jade. Such fine stone had become more available following the Qianlong emperor's conquest of the Dzungar Khanate between 1755 and 1759, renamed Xinjiang, where much of the jade was sourced. The subtle low-relief design restricted to the top of the cover, enhances the master craftsman's choice to keep the walls of the box and cover plain, displaying the superb quality of the natural white jade stone polished to a lustrous sheen.