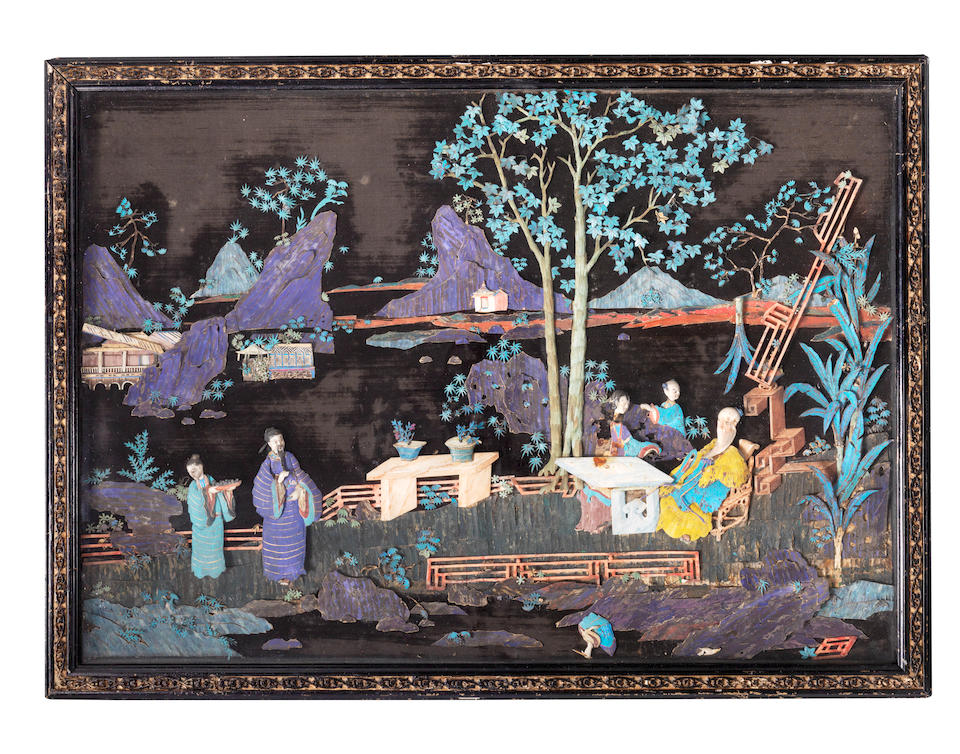 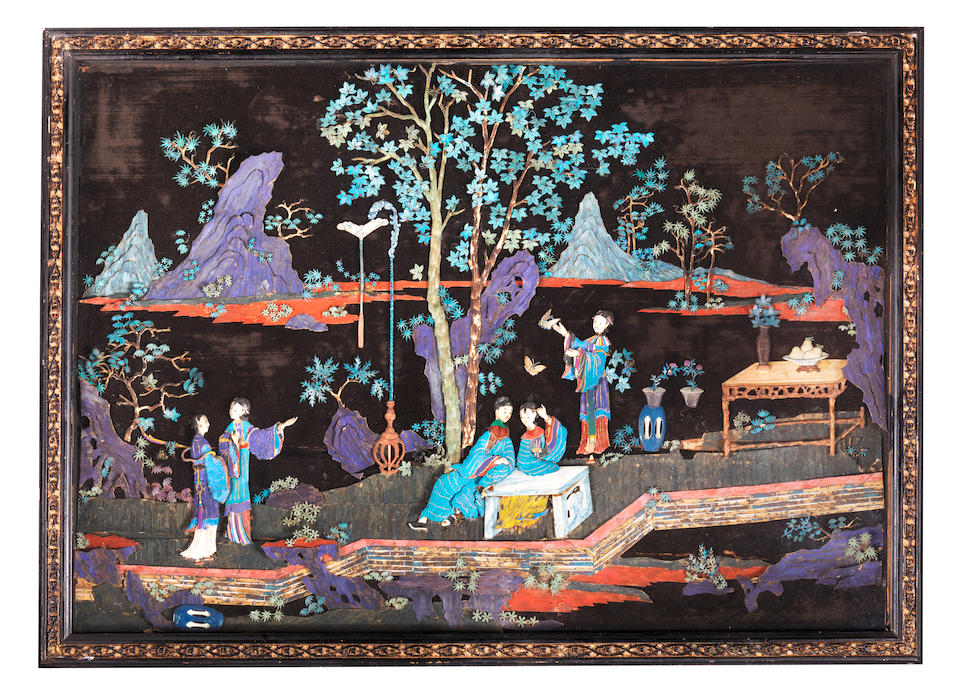 Each composed of kingfisher-lined and painted enamel appliqués sewn onto a black velvet ground, depicting scenes of officials and elegant ladies conversing in a luxuriant fenced garden overlooking a lake, the faces and hands of the figures carved out of ivory, some architectural elements in wood, framed and glazed (4).

Note: For a similar kingfisher feather-inlaid landscape panel, 18th century, see B.Jackson, Kingfisher Blue: Treasures of an Ancient Chinese Art, Toronto, 2001, p.189; this panel was sold in these Rooms, 13 May 2010, lot 187. In particular, the author relates the use of kingfisher feathers to embellish an appliqué landscape to the sixth-century 'blue and green' school of painting which finds new popularity in the late Ming dynasty with artists like Qiu Ying (AD 1498-1552). Another similar panel, 17th or 18th century, held in the Royal Collections, Stockholm, Sweden, is illustrated ibid, p.199.