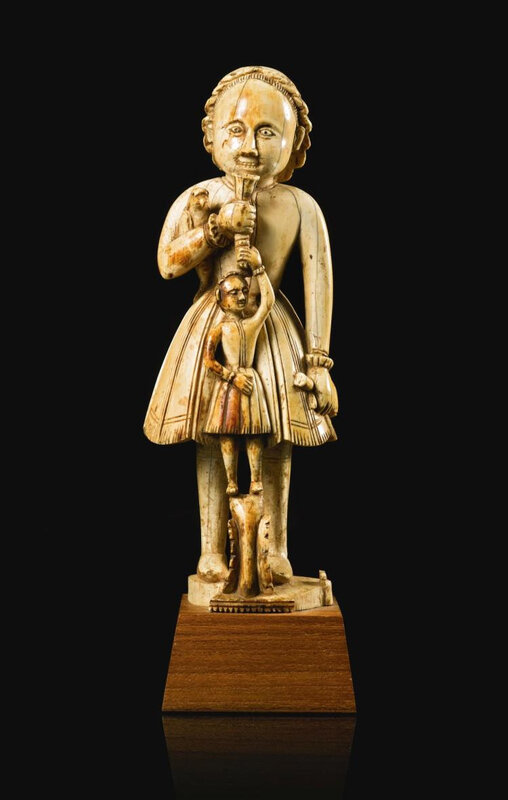 composed of two sections pinned together, carved with a composite design of fantastical and aquatic creatures, both in profile and in the round, some with their upper bodies emerging from the open jaws of their predators.

Note: The physiognomy and type of dress, particularly the high foreheads and the pleated skirts, relates to Goanese ivory figures of Jesus as "The Good Shepherd" produced for the Portuguese community in India in the seventeenth century; see, for example, a figure of "The Good Shepherd" in Museu Quinta das Cruzes, Madeira (inv. no.MQC 137), and another in the V&A (inv. no.A.38-1921). The inclusion of the bird in the present example points to a possible identification of the figure as Saint Francis of Assisi, founder of the Franciscan order. It was Franciscan friars who first brought Latin Christianity to Goa in 1517.