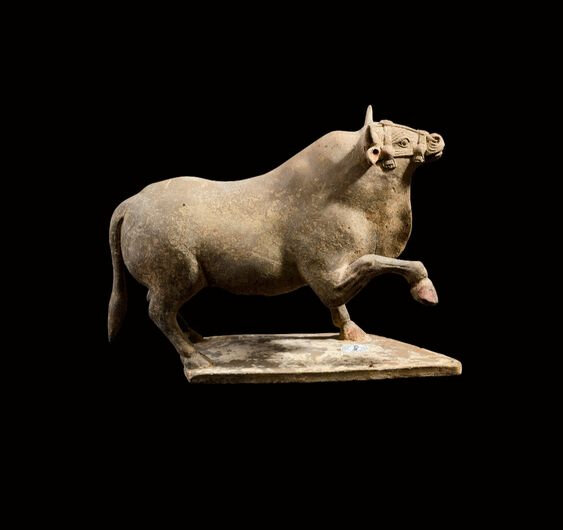 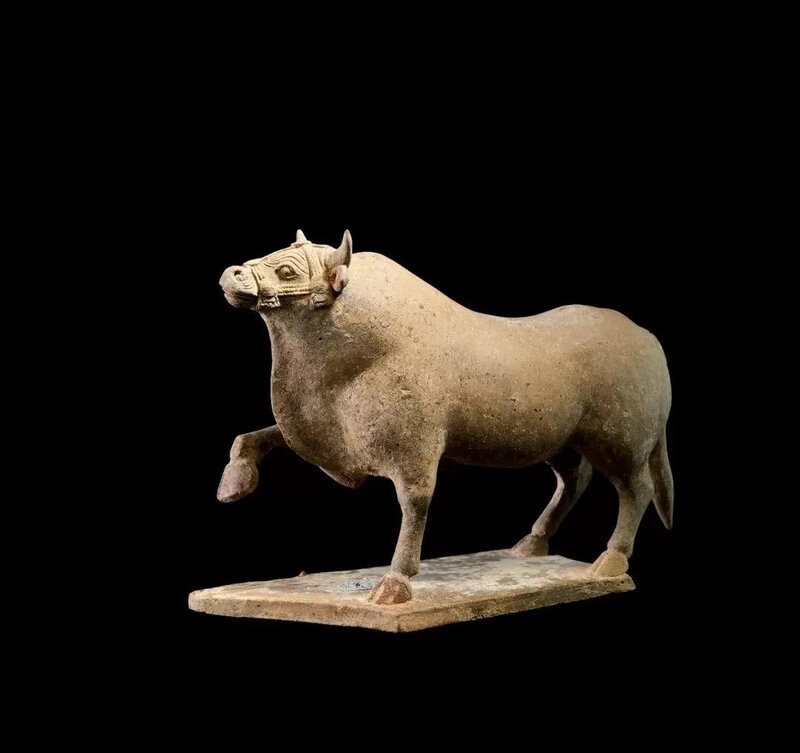 delicately and dynamically modelled, depicted sturdily standing on a trapezoid base with the right hoofed foreleg raised as though walking while ploughing, the animal portrayed with the head held high, accentuated with well-defined features including a pair of curved tapering horns above a pair of projecting ears, and further rendered bound by a halter composed of straps and roundels, all above a pronounced dewlap echoing the subtle muscular contours of the beast, the grey surface with traces of red and white pigments.

Note: This powerfully and sensitively modelled figure of an ox embodies the qualities for which they were revered in Chinese culture: strength, endurance and patience. Traditionally associated with agriculture, during the Six Dynasties period the ox-drawn cart began to replace the horse-drawn chariot as a form of transport for the elite. Pottery models of oxen attest to this, as do images on the sides of stone sarcophagi, such as that found on a Northern Wei tomb at Zhijiabao, Datong, Shanxi, illustrated in Shi Jinming, 'The Northern Dynasties and Major Archaeological Discoveries', Willow Weilan Hai, Annette L. Juliano et al, Art in a Time of Chaos, Masterworks from Six Dynasties China 3rd – 6th Centuries, New York, 2016, pp. 74-5.