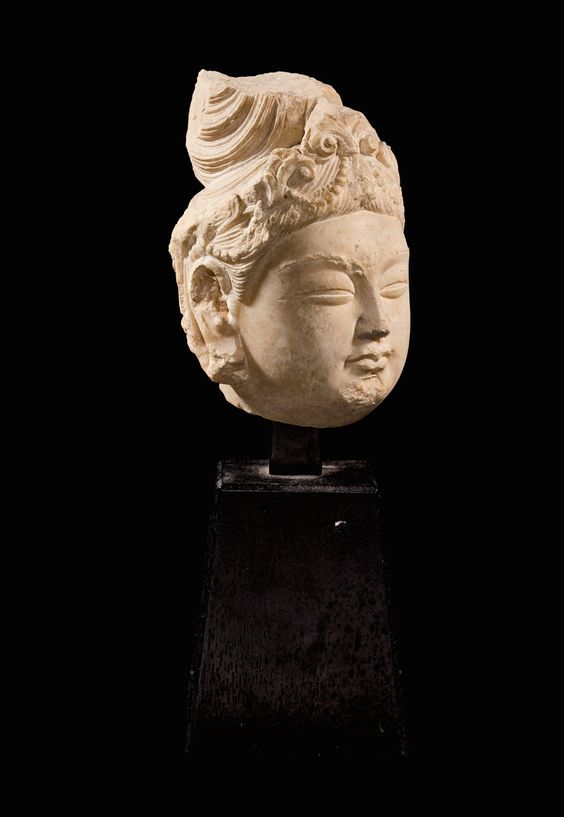 sensitively carved as the sensuous full face of the Bodhisattava, portrayed with slender almost half-closed eyes beneath arched eyebrows exquisitely depicted with fluidly carved lines tapering at the ends, the small bud mouth with soft contours and superbly rendered pursed into a faint smile, all beneath neatly coiffed hair gathered into a high chignon and adorned with an elaborately beaded crown, wood stand.

Provenance: A Japanese private collection, acquired prior to 1970s.

Note: Buddhist sculpture of this period is characterised by the very sensuous physical appearance of the deities represented and the current head, exuding influence from the stylised iconography of the Northern Wei dynasty, is a remarkable testament to the renaissance of statuary in China at the beginning of the 7th century.