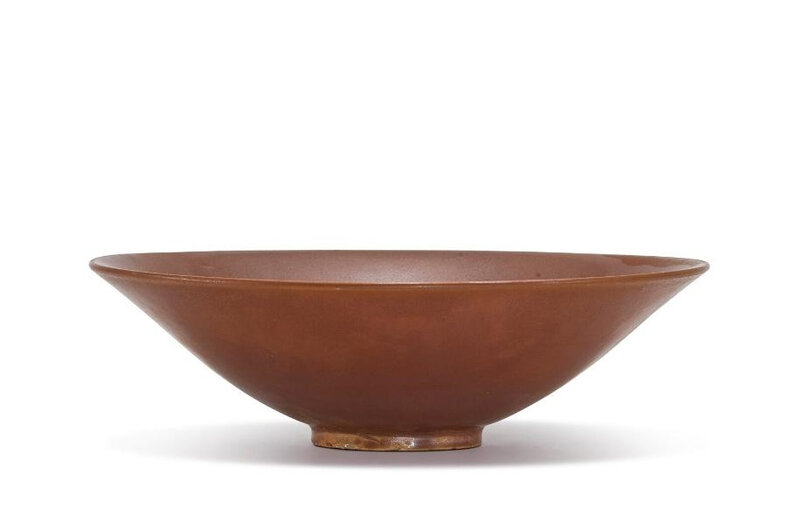 Note: Persimmon-glazed wares were produced at several kilns in North China during the Song dynasty, the most famous being those of the Ding and Yaozhou kilns in Hebei and Shaanxi provinces. The distinctive glaze was admired not only at the time of production. Cao Zhao in his Gegu yaolun [The essential criteria of antiquities] of 1388 comments that it was more expensive than the famous 'Ding' white ware. Perhaps the complexities involved in creating the persimmon glaze contributed to its relative rarity and value, as achieving the colour involved an initial application of a thin bluish-black glaze, followed by another very thin coating of iron oxide.

A bowl of similar form from the Muwen Tang collection, included in the exhibition Song Ceramics from the Kwan Collection, Hong Kong Museum of Art, Hong Kong, 1994, cat. no. 86, was sold in our London rooms, 12th November 2003, lot 43; a slightly smaller one was sold in these rooms, 30th May 2019, lot 9, from the Tianminlou collection; and another was included in the exhibition The Masterpieces of Yaozhou Ware, The Museum of Oriental Ceramics, Osaka, 1997, cat. no. 56.