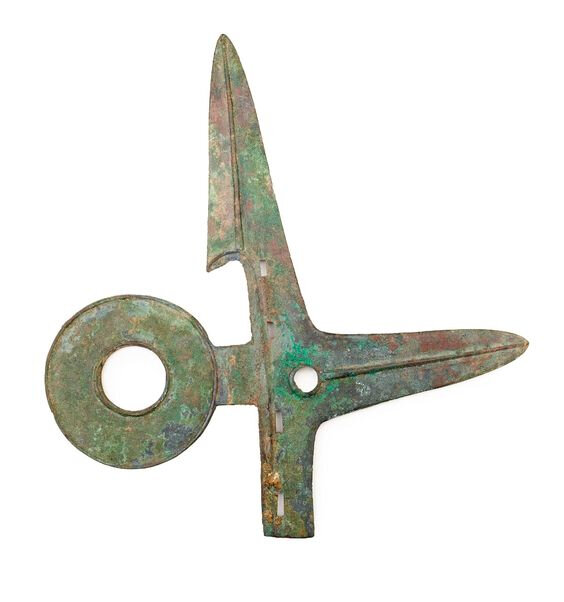 crisply cast in the form of an L-shaped double blade, each with a raised median ridge, the horizontal blade pierced with a circular aperture terminating in a drilled disc-shaped hilt, the vertical longer blade cast with a series of four rectangular slits along the hilt, the surface patinated to a green tone.