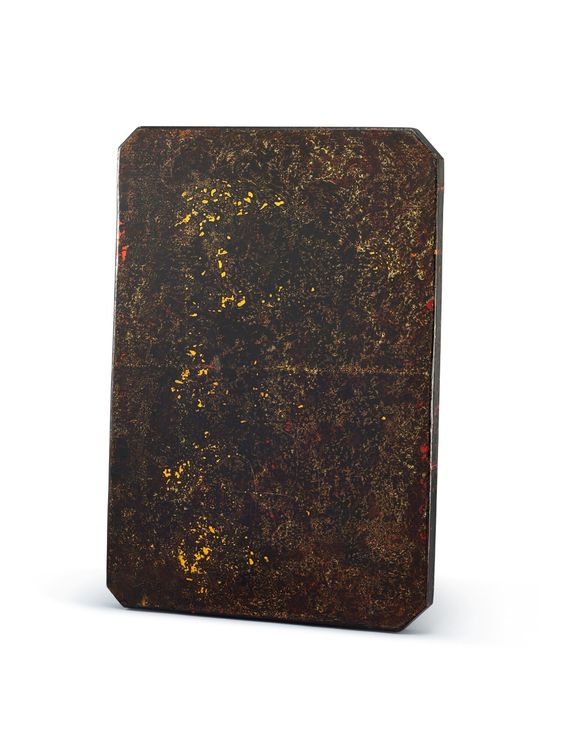 with canted corners, the top of the panel with dense and abstract splashes of red lacquer over black extending over the sides to the edges of the reverse, the reverse with a superb marblelised ground of gold and black lacquer accentuated with occasional drips of red lacquer.

Note: Created in the Showa period, these work tables were a by-product of lacquer production in Japan as they were where the lacquer smiths mixed lacquer before application. Over time, as colourful layers accumulated, their initial utilitarian function would diminish. It is worth noting that the current board or work table is finished on the reverse with gold and black lacquer, suggesting that it was likely to have been intended as a stand initially but later began to function as a lacquer smith's mixing table instead.