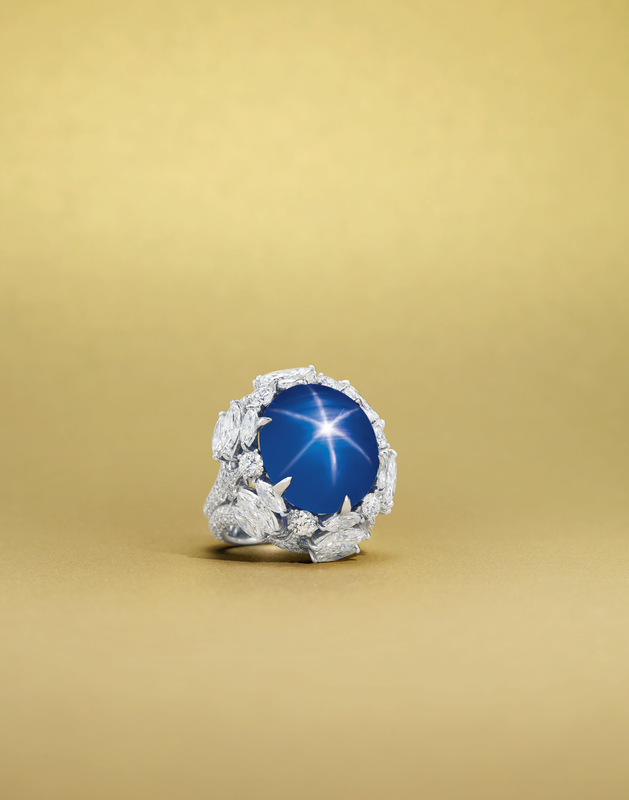 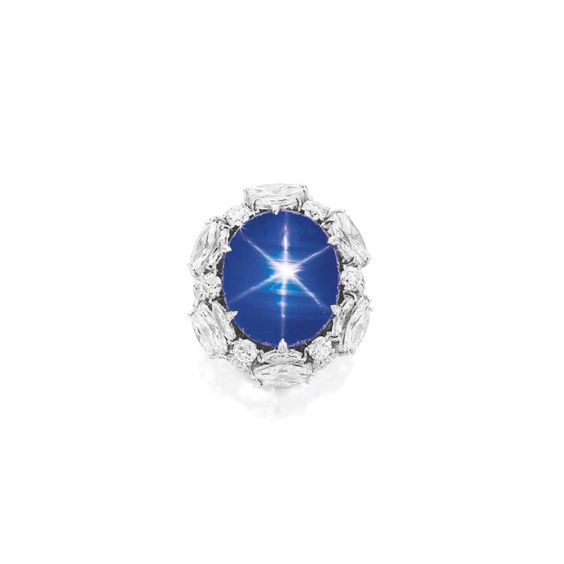 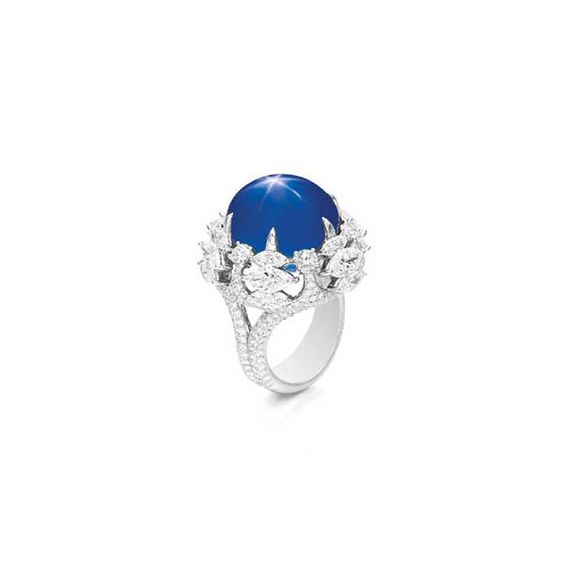 Accompanied by C. Dunaigre report numbered CDC1205138, dated 9 June 2012, stating that the 38.49 carat star sapphire is natural, Intense Blue colour, of Burmese origin, with no indications of heating; with comments, stating that 'This sapphire displays a sharp and well centered asterism (star effect).'; and 'A Burmese star sapphire of this size and quality is rare.'; along with an addendum, stating that 'The beautiful Burmese Star sapphire described ... displays an intense and homogenous blue body colour in addition to a remarkable transparency rarely encountered in star sapphires from Burma (Myanmar). Furthermore, the asterism (star effect) is very pronounced and well centered. A Burmese Star sapphire of such a size and excellent quality is rare.';

six GIA reports, stating that the 1.97 carat diamonds ranging from 0.38 to 0.30 carat are D colour, Internally Flawless to VVS2 clarity, all with Excellent Polish.