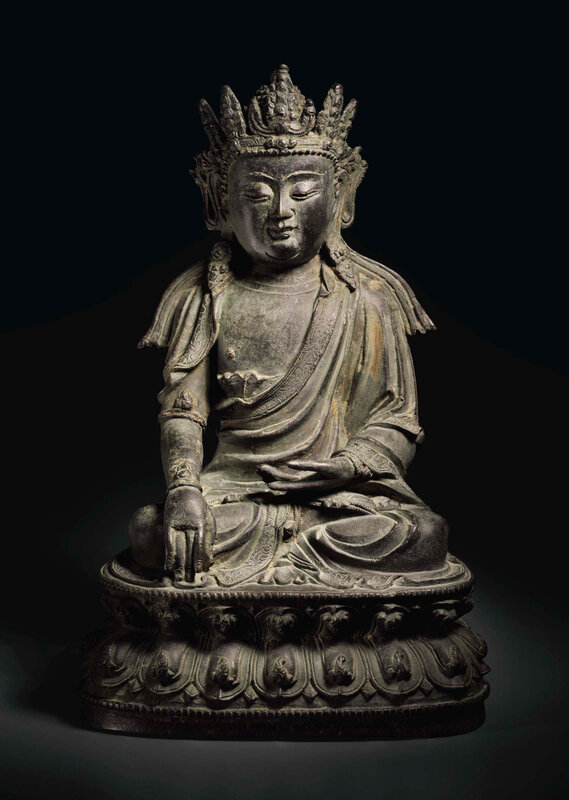 The Buddha is seated in dhyanasana on a double-lotus base with his hands held in bhumisparsha mudra. He is dressed in voluminous robes and wears a foliate tiara. The face is serene with downcast expression.

Note: Bhumisparsha mudra (the 'earth witness' gesture) is reserved for images of Buddha Shakyamuni and the Dhyani Buddha, Akshobhya. As Shakyamuni is traditionally depicted as an unadorned ascetic, the presence of the crown on this figure identifies him as Akshobhya. The latter is a concept of Tibetan-style Vajrayana Buddhism, which was introduced to China during the Yuan Dynasty (1279-1368).