ANTWERP.- The Rubens House in Antwerp has a remarkable new exhibit to unveil: a recently rediscovered Rubens self-portrait. The work, painted in Italy, is the earliest known individual self-portrait by Peter Paul Rubens (1577–1640) and the second to grace the museum’s permanent display. It is one of five new loans to add to the lustre of the artist’s former residence in Antwerp.

The Rubens House has been pursuing a highly active loan policy for some considerable time now. Close contacts with private collectors and museums have enabled the institution to share a great many outstanding works with the public in recent years. Today sees the presentation of five new loans of works by Rubens, Otto van Veen and Titian. The most important new addition is a newly identified Rubens self-portrait.

The young Rubens’ calling card
The newly discovered painting is Rubens’ earliest known individual self-portrait. It is a preparatory study for the likeness of himself that he incorporated in the most important commission he received during his time at the court of the Gonzagas in the northern Italian city of Mantua: the decoration of the capella maggiore in the Jesuit church there.

Although Rubens was taken on as court painter to the Gonzagas’ shortly after arriving in Italy, it took four years for him to land a truly major commission. He painted three immense canvases for the Jesuit church in 1604–05: The Gonzaga Family Adoring the Trinity, The Baptism of Christ and The Transfiguration. Rubens was so honoured by the commission that he included himself in the central scene, in which the Gonzaga family is shown worshipping the Holy Trinity. By incorporating his own likeness in the painting, Rubens immortalized himself as its maker – a ‘visual signature’ that served as the young artist’s first calling card.

The canvases were taken from the church by Napoleon’s troops at the beginning of the nineteenth century and are now spread across a variety of European museums. The large central work has, moreover, been cut down and now survives only in a fragmentary and disfigured state. Rubens’ self-portrait has likewise been lost. The preliminary study has, however, been preserved and now becomes the fifth identified self-portrait by Rubens and the second on display at the Rubens House. The preparatory self-portrait recently re-emerged and – having been the subject of controversy in the past – has been attributed to Rubens once more by Ben van Beneden and Arnout Balis.

Portraits and busts
The Portrait of a young woman with a necklace likewise dates from Rubens’ Italian period, most likely Genoa in around 1605-06. The vibrant portrait shows a young woman with large, intense brown eyes and full red lips. It is especially noteworthy for the bravura of its execution, possibly in less than a single day. The young woman’s facial features and expression are subtly rendered, while her clothes are set down sketchily. It is clear from the edges that the portrait is unfinished. Peter Paul Rubens (1577-1640), Portrait of a young woman with a necklace. Oil on canvas. Private collection, on loan to the Museum of Fine Arts Houston.

Also unveiled today is a late portrait of a high-ranking Venetian military commander by Titian, one of Rubens’ great Italian examples. The subject is thought to be Francesco Duodo, a key figure in the Battle of Lepanto (1571) – a historic naval engagement between a Christian alliance and the Ottoman Turks over control of the Mediterranean. 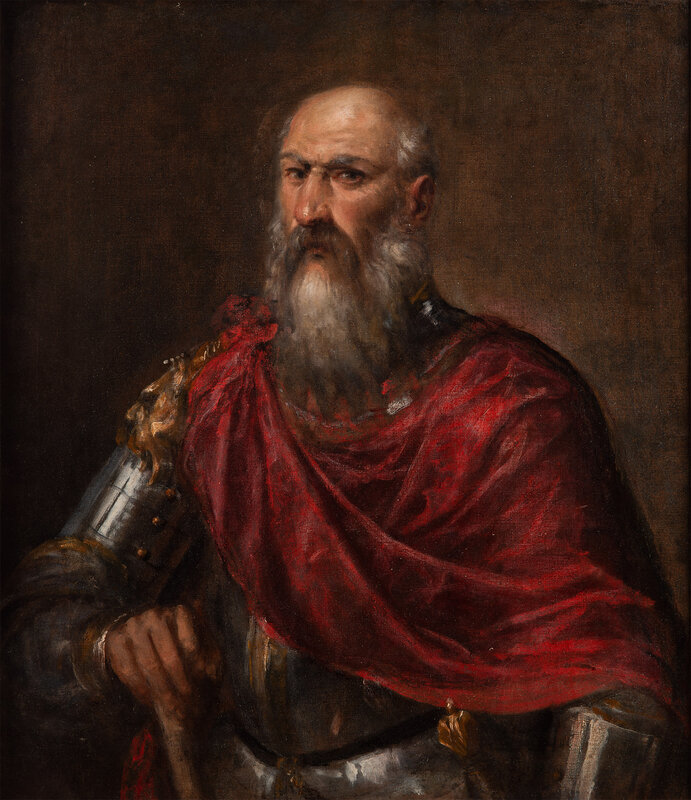 Rubens’ bust portraits of the Roman emperors Vitellius (15–69 AD) and Vespasian (9–79 AD), meanwhile, originally belonged to a series of twelve and probably featured amongst the decoration of Rubens’ home, hung above the niches in his sculpture gallery. The sketchily applied strokes of paint make it unlikely that the works were intended for sale, while their oval shape suggests that the master painted them for a specific location or purpose. Capture of Rome
Another work with an Italian flavour is The Capture of Rome by Otto van Veen, Rubens’ most important teacher. Van Veen, who Latinized his name to ‘Vaenius’, was a pictor doctus, a learned painter with a substantial knowledge of antique art and culture. The painting shows the capture of Rome, symbolized by the female personification of the city, who is led away with her hands behind her back. At her feet we see the she-wolf who fed Romulus, the legendary founder of Rome, and his brother Remus, while the city burns in the background. Intense contacts with collectors
The new loans can be seen by the public from 9 June 2020 and are in keeping with the loans policy pursued by the Rubens House since 2007. For most publicly owned museums, the acquisition of works by big international names like Rubens, Anthony van Dyck or Titian ceased to be financially viable some time ago. Yet interest in a static collection will gradually begin to wane. For that reason, the Rubens House has engaged intensively with private and public collections in Belgium and abroad for almost 15 years now. Long-term loans like this fill the gaps in the permanent collection. More and more collectors are consciously choosing to share outstanding works in their possession with the public. Thanks to their generosity, the Rubens House can continue to surprise despite its limited budget. 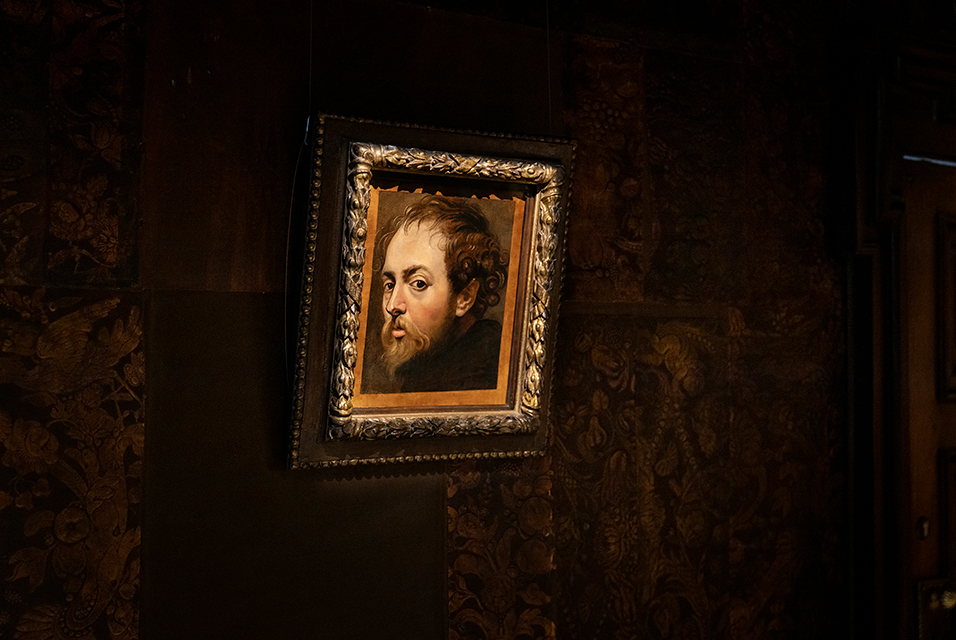