PARIS (AFP).- A miniature bird sculpted out of burnt bone in China around 13,500 years ago is the oldest known figurine from East Asia, according to researchers who discovered it in a refuse heap near an archaeological site.

The carefully crafted depiction of a songbird on a pedestal -- smaller than an almond kernel -- was found among burnt animal remains and fragments of ceramics at Lingjing in north central Henan province, an area thought to have been home to some of China's earliest civilisations.

The figurine is the "oldest known carving from East Asia", said Francesco D'Errico of the University of Bordeaux, who co-authored the research published in the journal PLOS One on Wednesday.

"It shows that in this region sculpture starts at least 13,500 years ago, and fills in a gap in our knowledge about the origin of art in this vast region," he told AFP.

The tiny carving was discovered by lead author Zhanyang Li of Shandong University, who has been excavating parts of the Lingjing site since 2005.

Digging in the area had already revealed 11 distinct layers, ranging in age from 120,000 years ago to the Bronze Age.

Most of the fifth layer had been removed during a well-digging operation in 1958, and disposed of at a refuse heap nearby.

That dumping area was still intact years later, and when the authors sifted through the soil they found several artefacts, including pottery shards, burned animal remains and the bird figurine.

Researchers were unable to use radiocarbon dating on the bird itself because the process would have damaged it. But they dated similar bones found with it, including one gouged using the same technique.

In this way they estimated the age of the bird figurine to be 13,500 years, which they said predates previously known figurines from this region by almost 8,500 years. The bird statuette, photographed here from different angles, is made from burnt bone. The style suggests it is an original artistic tradition, separate from analogous western or Siberian art.

Artistic techniques
D'Errico said the bird was "exceptionally" well preserved, enabling researchers to trace the various carving methods used to create different parts of the figure, including gouging with a stone tool, scraping and polishing.

"Our observations show that the artist knew well which technique was the more adapted to carve the different parts of the animal," he said.

"What is also remarkable is that the carving is not a fully realistic representation of a bird."

The figurine has oversized tail, allowing it to balance on its pedestal.

"Without this trick the bird would fall on its head," D'Errico said, adding that this shows the carving is not just a "casual experiment".

The study authors said that the craftsmanship suggests the advanced stage of an artistic tradition, which began much earlier.

In recent years, cave paintings in the Indonesian islands of Borneo and Sulawesi have been dated as over 40,000 years old, suggesting ancient societies with advanced artistic cultures in the region.

While three-dimensional portable art has been documented in Europe dating back some 40,000 years, the researchers said the Lingjing bird was the oldest such example found in East Asia.

Palaeolithic hunter-gatherers in China are known to have manufactured bone tools such as spear points and needles, as well as personal ornaments made of shells, ostrich eggs and animal teeth, D'Errico said.

"The carving of objects with no apparent functional purpose, requiring a dedicated apprenticeship to be made, opens a new window on these societies," he added. 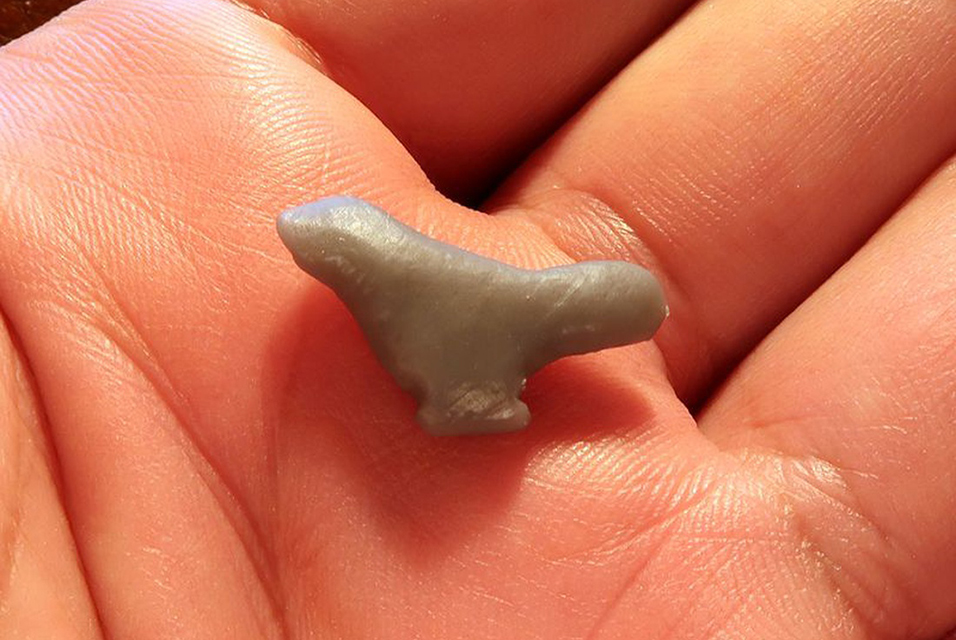 The tiny carving was discovered by lead author Zhanyang Li of Shandong University, who has been excavating parts of the Lingjing site since 2005.