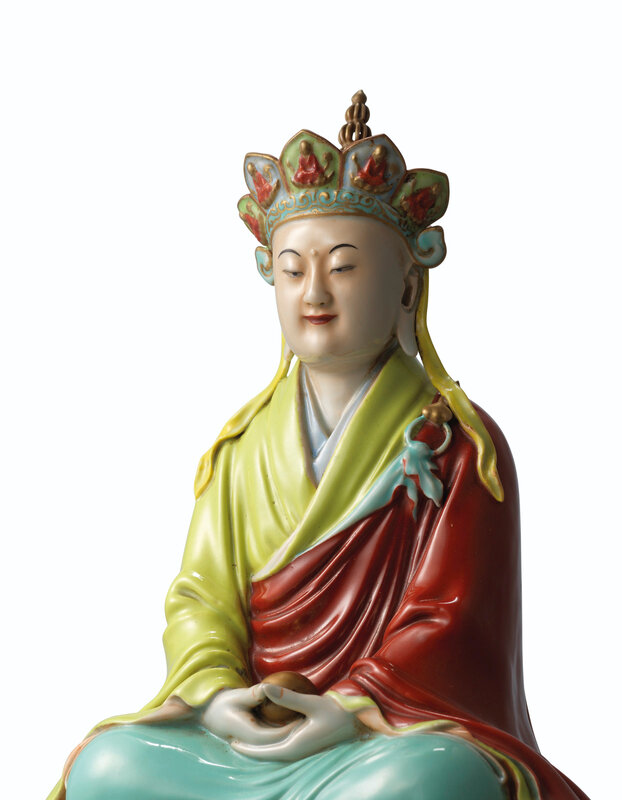 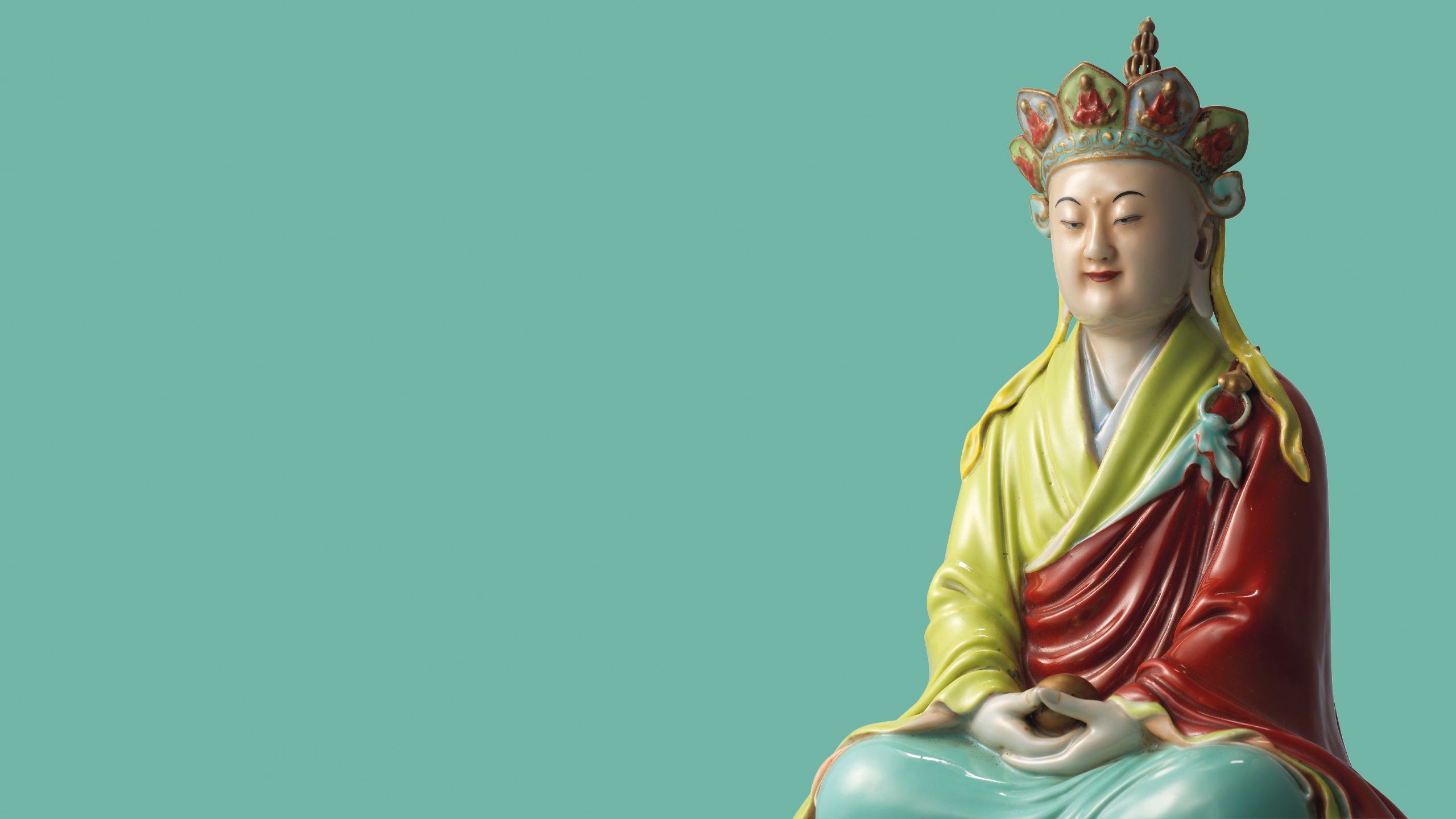 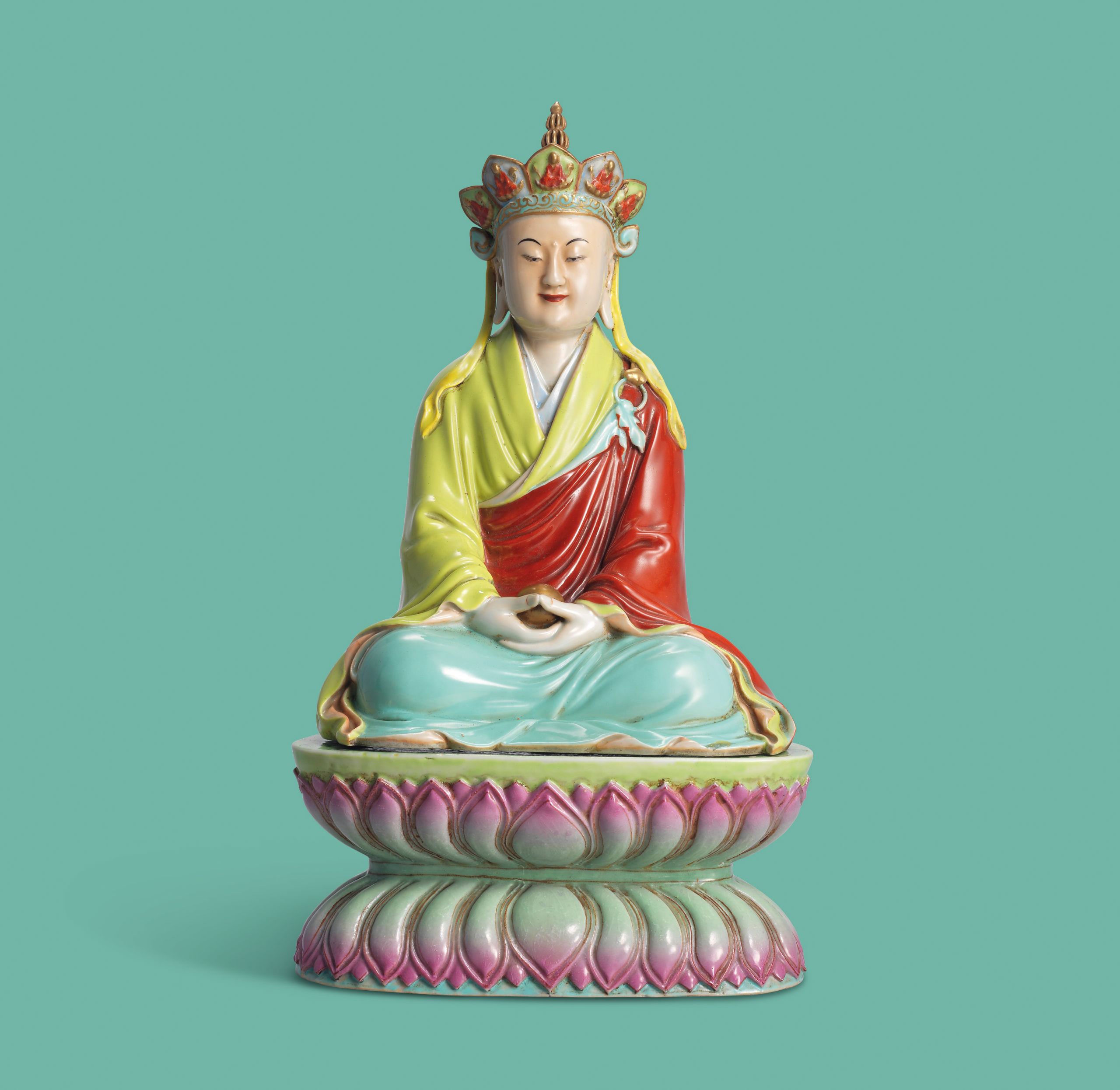 Note: Ceramic Buddhist sculptures of such refined quality are extremely rare, and were probably specifically commissioned for ritual display in temples situated within the imperial palace precincts, either in Beijing or Chengde.

Ksitigarbha, known in China as Dayuan Dizang Pusa and in Japan as Jizo, is a bodhisattva revered for his compassion for all beings, including those who reside in the hell-realms. While in earlier eras, he was depicted as a traditional bodhisattva, by the Song dynasty, he was usually represented as a Buddhist monk. He is often shown holding a wish-fulfilling jewel (cintamani), as he is in the present example.