ÖSTERSUND.- The new exhibition at Nationalmuseum Jamtli focuses on the relations between Sweden and Europe during the 18th century in the field of visual arts and applied arts. A palace building, a theatre king and skilled diplomats were all vital ingredients in the flourishing cultural life of the 18th century. The exhibition tells about the artists who brought the Rococo style to Sweden, and those who left the country for brilliant careers at the royal courts on the continent.

The exhibition takes you through a century not only marked by wars and severe hardships, but also of optimism for the future, utilitarian thinking, and a belief in science where art was closely related to politics and diplomacy. New ideas and artists came to Sweden from France to participate in the construction of the new Royal Palace of Stockholm at the beginning of the century. The exhibition also looks more closely at the direct impact Gustav III of Sweden had on culture in the latter part of the century. At the same time as the French came to Sweden, the Swedes travelled to Europe. Several artists made careers as court painters. In addition to artistic talents, social talent and business acumen contributed to attaining positions at the top tier of society. The brightest star was Alexander Roslin, who, after just over a year in Paris (1753), was elected a member of the French Académie des Beaux-Arts. On the home front, artist Pehr Hilleström portrayed everyday scenes from industrial environments as well as kitchens and parlours. Pehr Hilleström the elder, In the Anchor-Forge at Söderfors. The Smiths Hard at Work. Oil on canvas. Photo: Nationalmuseum.

The exhibition takes up themes such as war and diplomacy, trade and science, the birth of rococo, Gustav III’s time in Italy, neoclassicism and English influences. Artists such as Alexander Roslin, Johan Tobias Sergel, Carl Hårleman, Louis Jean Desprez, Angelika Kauffmann, Carl August Ehrensvärd, Pehr Hilleström, Elias Martin and Carl Fredrik von Breda are on show. A total of about 180 works from Nationalmuseum’s collection of Swedish and French 18th century art are on display: portraits, landscapes and still life paintings, everyday interior paintings, plus drawings, unique sketches and blueprints, which have never previously been exhibited. In addition, porcelain and faience, goldsmith’s art as well as furniture and other applied art items are included in the exhibition.

The exhibition 18th century – Sweden and Europe is on show at Nationalmuseum Jamtli in Östersund June 19 – April 11, 2021. 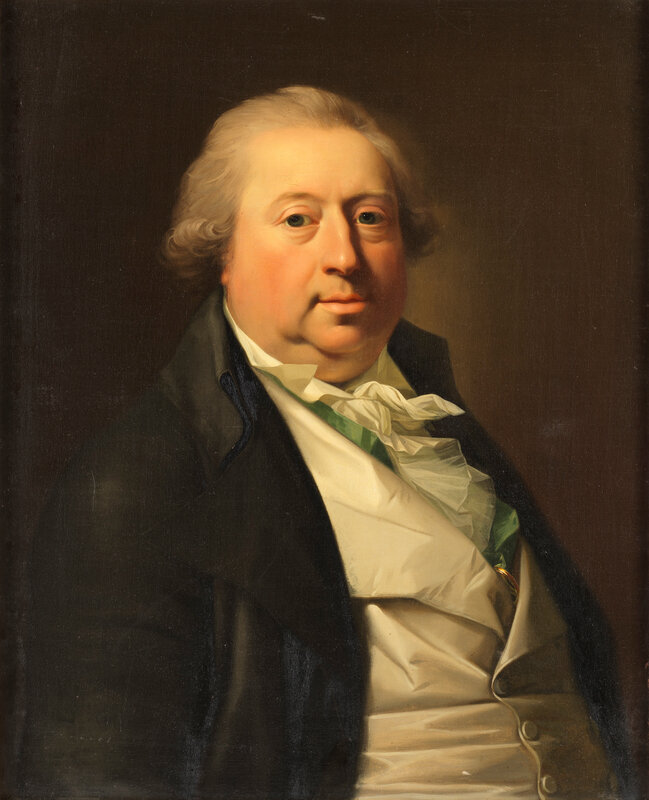 Johan Tobias Sergel, King Gustav III in the morning, when he comes to my studio. Pen and brown ink, grey wash, on paper. Photo: Nationalmuseum. Nationalmuseum Jamtli opened on 17 June 2018 and is an arena for art and design experiences in Östersund, where the Jamtli award-winning educational approach is combined with the unique collections and knowledge of Nationalmuseum. Nationalmuseum Jamtli has been made possible through the EU Regional Structural Funds, Östersund Municipality, Region Jämtland Härjedalen and a wide-ranging collaboration with the business community, in which the Postcode Lottery Cultural Foundation, Östersundshem, Länsförsäkringar Jämtland, Persson Invest, Jamtlis Gynnare, Jämtkraft, Jämtlands läns konstförening, Diös, Attacus Invest, Lundstams Återvinning, Oscarson Invest, Toréns Entreprenad AB, Sparbanksstiftelsen Jämtlands län, Föreningen Gamla Östersund and Kvinnliga Föreningen Gamla Östersund are important partners from both a financial perspective and with regard to their other involvement. In addition, Assa Abloy and Bilbolaget also make respective contibutions.