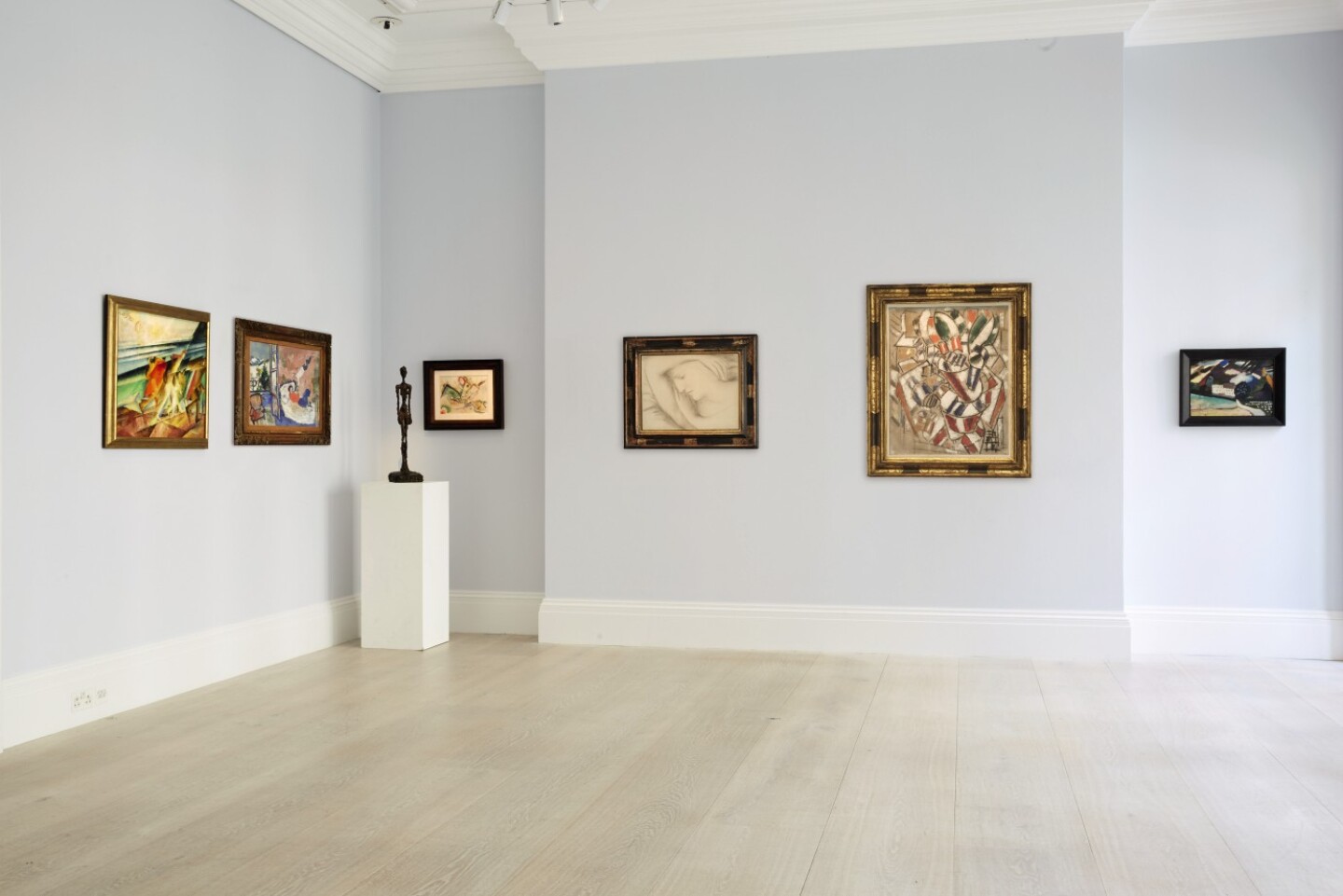 LONDON.- The first decades of the twentieth century would change the course of art history for ever. This treasure-trove from a private collection – little known and rarely seen – spans the remarkable period, telling its story through the leading protagonists, from Fernand Léger, Pablo Picasso and Alberto Giacometti to Wassily Kandinsky, Lyonel Feininger and Alexej von Jawlensky. Travelling across the continent, the works emphasise the crosscurrents and connections that united Europe, from France to Germany to Britain. Viewed together, dialogues emerge about the human form and experience, and the balance between figuration and abstraction.

Eighteen works will be offered in the cross-category Evening Sale on 28 July, in which exceptional examples of Old Masters – including one of the last self-portraits by Rembrandt in private hands – Impressionist and Modern art, Modern British and Contemporary art will be presented together for the first time. A further twenty-four works from this collection will be offered in the Impressionist & Modern Art Online sale, open for bidding from 20 – 27 July. Prior to the sales, the works will go on public view in Sotheby’s New Bond Street galleries from 13 July.

Helena Newman, Worldwide Head of Sotheby’s Impressionist & Modern Art Department, said: “Put together with passion and enjoyed over many years, this private collection encapsulates exactly what collectors long for – quality and rarity in works that can be, and have been, lived with and loved. Unified by the breadth and depth of art from across Europe, it offers seldom seen works from the pinnacle of the Avant-Garde, from the figurative to the abstract. At its core is an exceptionally beautiful 1931 portrait of Picasso’s lover, Marie-Thérèse, an intimate glimpse into their early days together when the love between the artist and his most important muse was still a secret from the world.” ‘We joked and laughed together, so happy with our secret…You know what it’s like to be truly in love…Then, love is all you need’ – Marie-Thérèse

Unseen since it was acquired by the owners in 1986 from Galerie Beyeler in Basel, and appearing at auction for the very first time, this tender, intimate portrait of Picasso’s golden muse – Marie-Thérèse Walter – was kept by the artist all his life, testament to its personal nature and the intimacy of the moment captured between them.

Dating to February 1931, the work depicts a private moment at the very height of their love, when their allconsuming relationship was still a secret to society. The softness of the black charcoal lines accentuates Marie-Thérèse’s sensuality, with a gentleness that is rarely seen in Picasso’s other portraits. This fully figurative style was used only occasionally by the artist, when depicting those most important to him. Here, with her features not abstracted, we see Marie-Thérèse absolutely as Picasso did, sitting by her side while she fell asleep. Beyond this, the rare use of charcoal on canvas as opposed to paper suggests that he wanted to immortalise her and the moment.

It was just a year later that Picasso revealed Marie-Thérèse’s truly pervasive presence in his art, and this famed moment was recently celebrated in an acclaimed ‘1932’ exhibition that travelled from Musée Picasso in Paris to the Tate Modern in London.

Across both sales, seven works by the artist span his career from 1905 to 1969, charting Picasso’s unending exploration of the human form as he constantly experimented with different media. 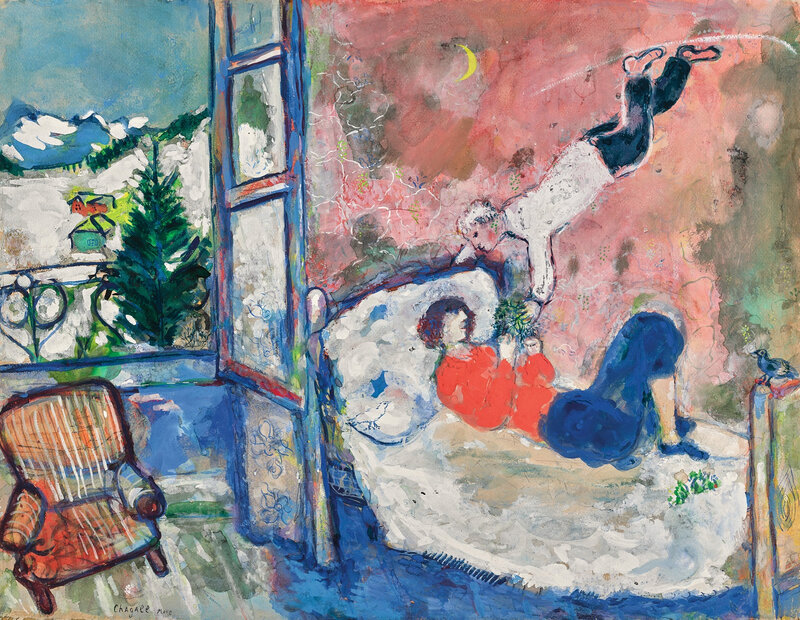 In this beautiful and tender evocation of Chagall’s most beloved subject matter, his wife Bella, the artist depicts himself presenting her with a branch of mistletoe, a symbol of long life and health. The joyous work was painted in the 1920s, a happy and peaceful time for the family, and as they travelled through France his works became increasingly brilliant and luminous. Having never previously been offered at auction, it will go on public view for the first time since it was exhibited in 1985. 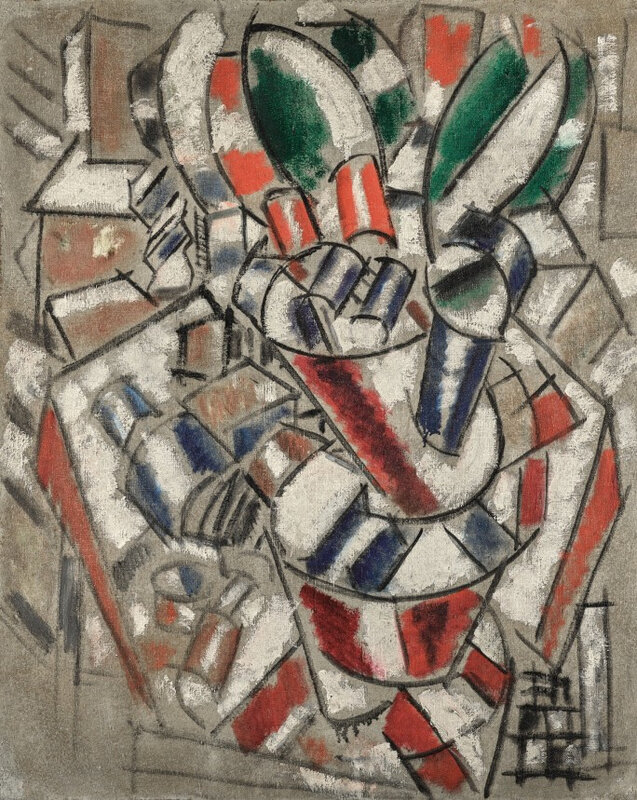 This radical painting is from Léger’s Cubist period, in which he developed his celebrated Contrastes de formes series over the course of 1913 and 1914, the majority of which are now in major museums around the world. Working in Paris in the context of Picasso and Braque’s revolutionary development of Cubism, Léger developed his own unique style, which integrated colour and abstracted forms. Composed of boldly outlined, overlapping shapes and coloured with strong tones of reds, blues, yellows and greens, these works represent the artist’s ultimate Cubist vision. This dynamic example has never been at auction and hasremained unseen since it was acquired in 1984. Pairing luminescent blue and white with bright yellow and orange, this key painting from Kandinsky’s highly transformative period spent in the bucolic surrounds of Southern Germany is an evocative example of the artist’s theory and work. The artist’s experiments led to the creation of a new type of painting notable for its bold expression and purity, paving the way for his ultimate venture into abstraction – one of the most important contributions to twentieth-century art. During his time in Murnau, colour became disassociated from representational form and turned into an autonomous force for the first time in his work, each shade able to invoke a certain strong emotion.

The sale will also offer a watercolour by Kandinsky from circa 1914-15 (est. £600,000 – 800,000), when the outbreak of the First World War forced the artist to leave Germany and return to his native Moscow. The tumultuous political and social events led to a shift in his working methods, as he increasingly began to concentrate on works on paper to intensify the exploration of form and colour that had been trigged by his stay in Murnau. 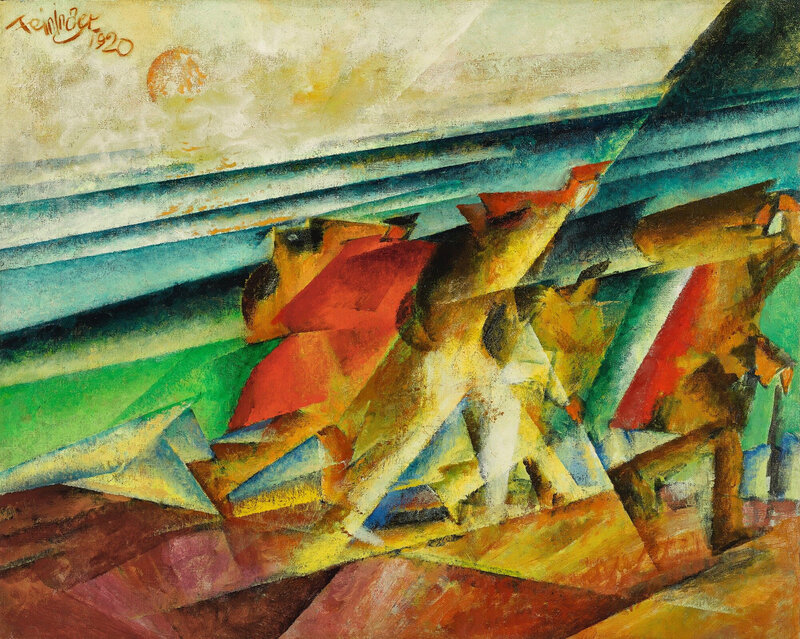 Unseen since 1974, Zottelstedt I pushes the boundaries of painterly exploration. The iridescent work draws on the innovations of Cubism and Italian Futurism, blending Expressionist colours with the planes of Cubo-Futurism. Marked by this powerful infusion of light and colour, it stands as an important work from a key period in Feininger’s oeuvre.

Alongside working at the Bauhaus, where he was an artist in residence, Feininger had been a member of Die Blaue Reiter, together with Kandinsky, Jawlensky and Macke, all of whom are represented in the collection. Among the highlights is a bright oil on canvas study from Macke's celebrated Schaufenster series, which depicts figures looking into the windows of fashion boutiques and hat shops. 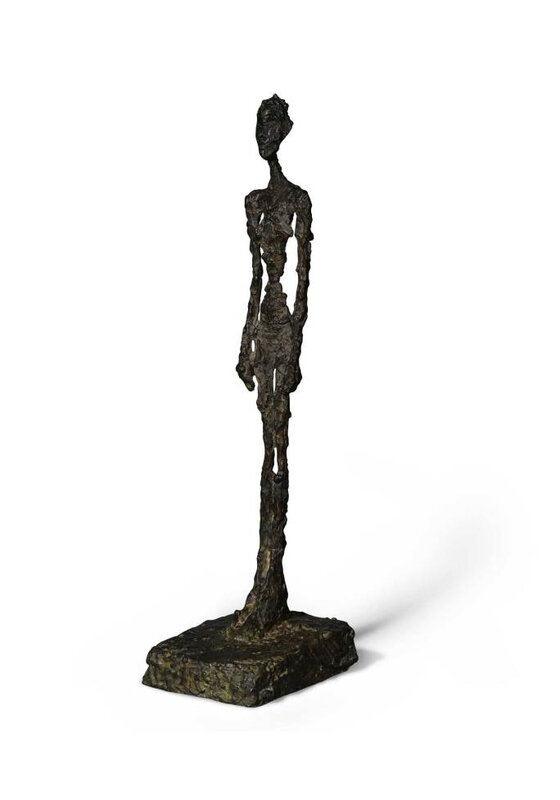 The female figure is a subject that appears throughout Giacometti’s œuvre. Following the war, Giacometti, like many of his contemporaries, began to explore the ideas of Existentialism, resulting in a series of highly stylised sculptures where the form is reduced to its absolute essence.

Conceived in 1956-57 and cast the following year, at the height of Giacometti’s international acclaim, this piece is exactly contemporaneous with the artist’s celebrated series Femmes de Venise, which made their debut at the Venice Biennale of 1956. Belonging to an edition of 8 bronzes, others of which are in museum collections including Paris’ Centre Pompidou, this work has never previously been at auction.