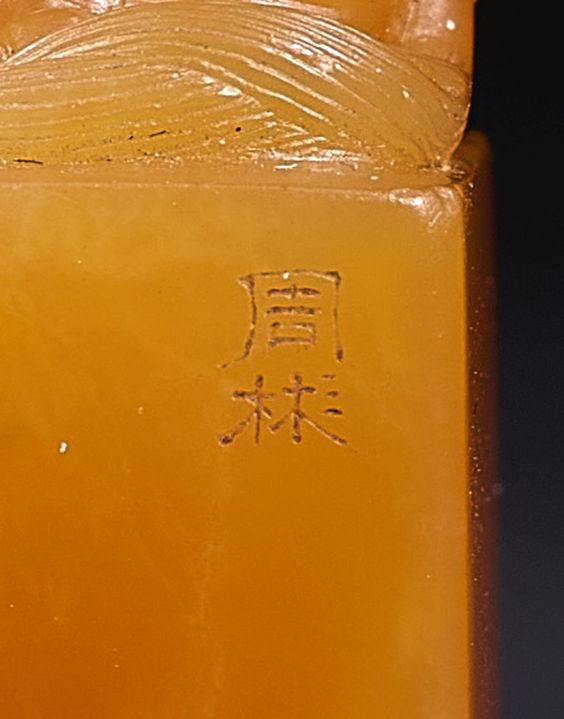 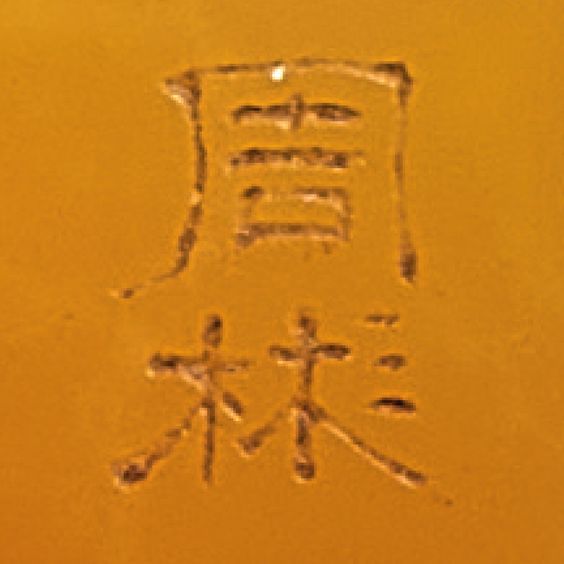 the golden-orange stone skilfully carved with a square-section base surmounted by a finial shaped as a bixie seated on its haunches with the head turned towards its left, the beast depicted with a long horn and taut muscles detailed with fine incisions, one side of the seal incised with two characters reading Zhou Bin.

Note: This seal bears the signature of Zhou Bin, one of the most renowned carvers of soapstone and was active during the 17th century. Zhou Bin, zi Shangjun, a native of Zhangzhou in Fujian province, belonged to a small group of carvers who excelled both technically and artistically and were considered master carvers in this medium.