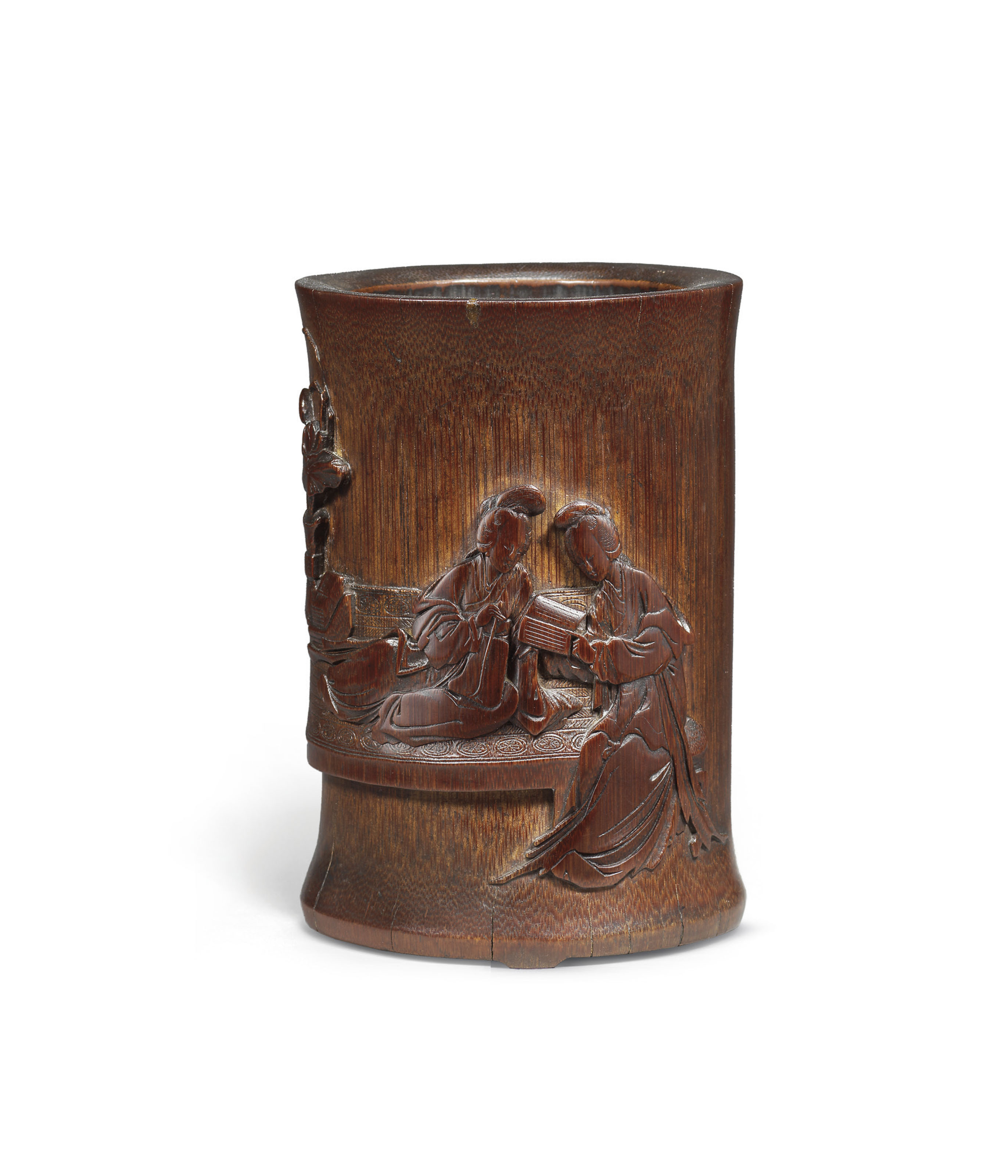 The exterior is carved with a reduced background to reserve a scene in relief of two ladies in discussion, each dressed in a voluminous robe and their hair dressed in high chignons, one reclining on a day-bed further detailed with neatly piled manuscripts beside lotus flowers placed inside an archaistic gu-form vase, her companion seated to one side, pointing with one finger to an open book held by the other hand, the reverse with a short inscription in running script.

Note: From the poetic inscription the two figures depicted can be identified as the two legendary beauties of the Han dynasty. Known as Da Qiao and Xiao Qiao. They were the daughters of Qiao Xuan, and were immortalised in the classical novel, Sanguo Yanyi, ‘The Romance of the Three Kingdoms’ as their respective planned marriages were one of the factors that influenced Cao Cao to begin his first southern campaign which culminated in the spectacular battle of the Red Cliffs.
There are two comparable examples carved with this subject-matter of two ladies seated on a day-bed, the first inscribed with the name of Wu Zhifan is illustrated by Wang Shixiang, Zhuke Jianshang, Taiwan, 1996, no. 14; the other is in the Victoria and Albert Museum, illustrated by C. Clunas, Chinese Carving, London, 1996, p. 48, fig. 46.