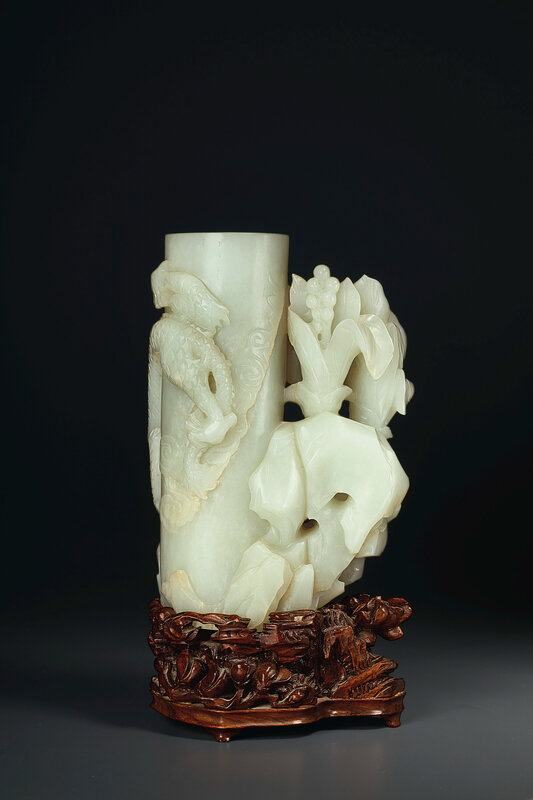 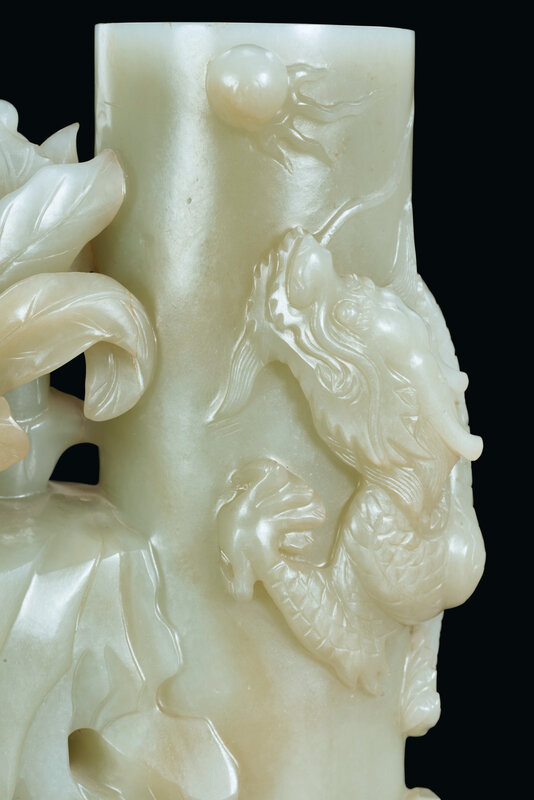 The cylindrical vase carved in high relief with a dragon chasing a flaming pearl, emerges from the rockwork that rises to one side with wannianqing (Rohdea japonica) from which issues leafy fruiting plants, hongmu stand.

Note: The motif of dragons clambering on a vase was a popular design on eighteenth-century jades. Compare a larger, white jade vase (29 cm. high), also without a cover, in the Qing Court Collection, illustrated in The Complete Collection of Treasures of the Palace Museum: Jadeware, vol. III, Hong Kong, 1995, pl. 63, which is similarly carved in high relief with dragons chasing a flaming pearl. The carving on the present vase is particularly dynamic, most notably seen in the sinuous body and powerful claws of the dragon. The form of this vase bears a similarity in design to conjoined vases. A conjoined vase, carved in yellow jade, also carved with a dragon chasing a flaming pearl, was sold at Christie’s New York, 17- 18 September 2015, lot 2396.