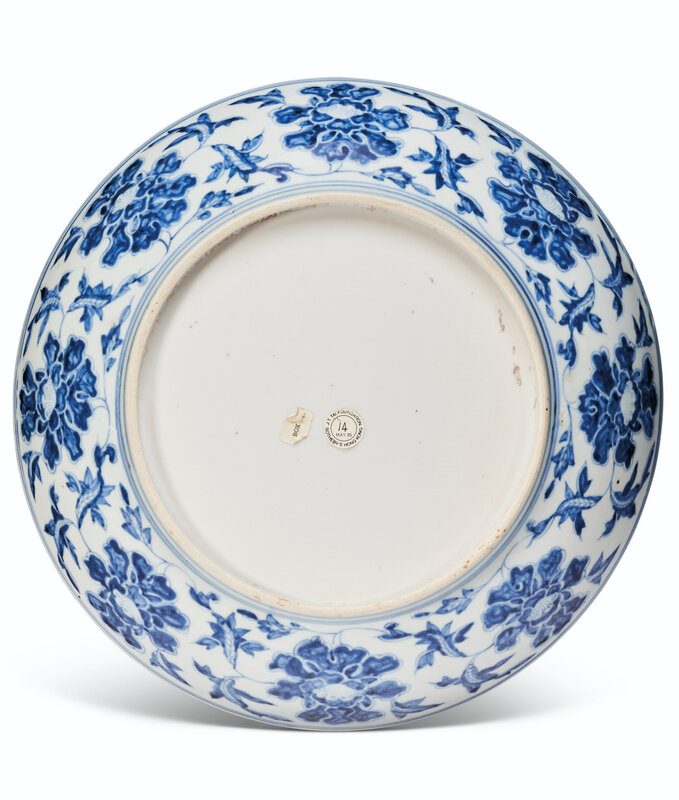 The dish is decorated in the center with three peonies growing amidst a tall rock formation and with six further peonies growing on leafy vines around the cavetto, cloth box.

Note: A blue and white dish of identical size dated to the Tianshun period (1457-1464) is in the collection of the Palace Museum, Beijing, and is published in Gu taoci ziliao xuan cui, vol. 1, Beijing, 2005, p. 147, no. 121. The Palace Museum dish is decorated in a similar style with a design of flowers centering a rock formation, with additional flowers on leafy vines in the cavetto and on the reverse. The fluidity of the painting and softness of the glaze all herald the subsequent Chenghua period.