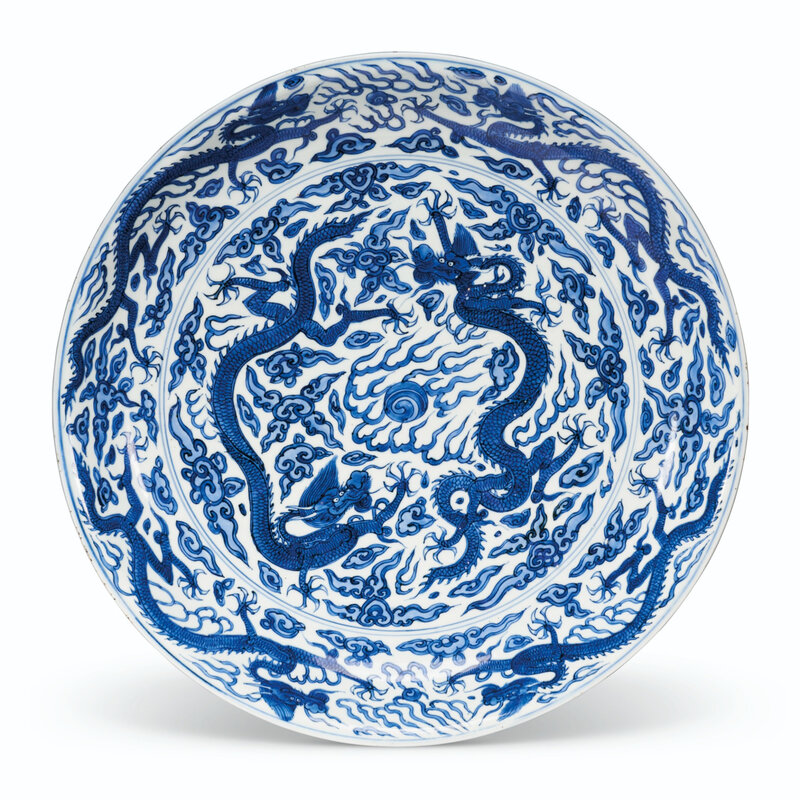 The dish is decorated in the center with two confronted, five-clawed dragons writhing amidst flames and clouds in pursuit of a flaming pearl below two pairs of further dragons chasing flaming pearls in the well. The exterior is decorated with a band of lotus scroll, cloth box.

Note: An almost identical Wanli dish of comparable size in the Palace Museum, Beijing, is illustrated in The Complete Collection of Treasures of the Palace Museum - 38 - Porcelains in Polychrome and Contrasting Colours, Hong Kong, 1999, no. 50. Another nearly identical Wanli dish is illustrated in Illustrated Catalogues of Tokyo National Museum: Chinese Ceramics, Tokyo, 1965, p. 130, no. 536. A smaller (9 3/8 in. diam.) Wanli wucai 'dragon and phoenix’ dish from the Art Institute of Chicago was sold at Christie’s New York, 12 September, 2019 lot 709.

Commentaires sur A large blue and white 'dragon' dish, Wanli six-character mark and of the period (1573-1619)