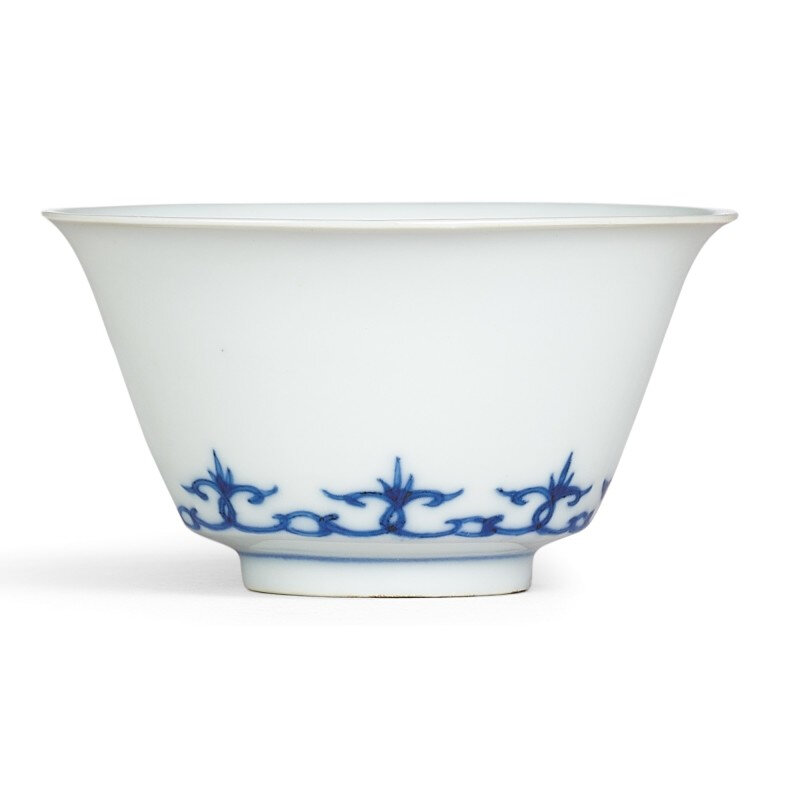 of painted around the exterior above the base with a band of trefoil-shaped sprigs formed from interlinked stems, all above a single line border encircling the top of the foot, the base inscribed with a six-character mark within a double circle.

Commentaires sur An unusual blue and white cup, mark and period of Kangxi (1662-1722)