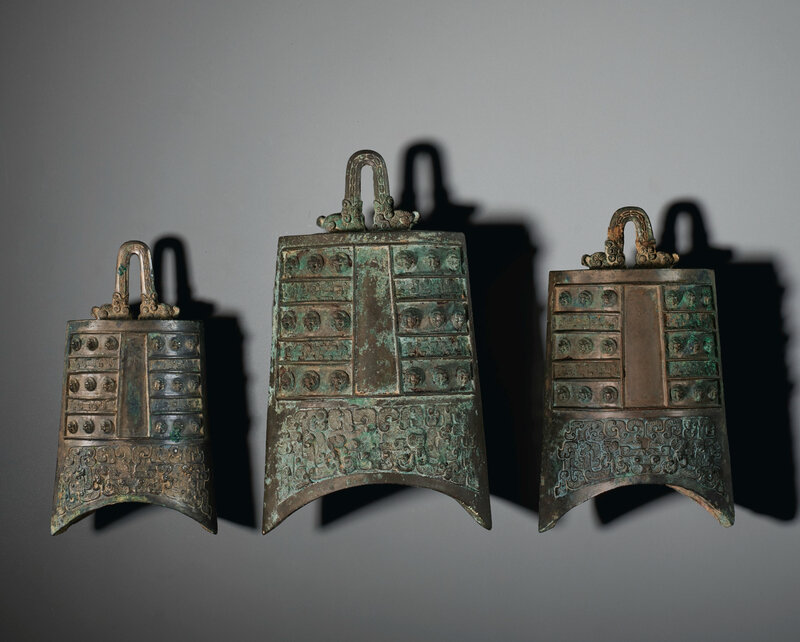 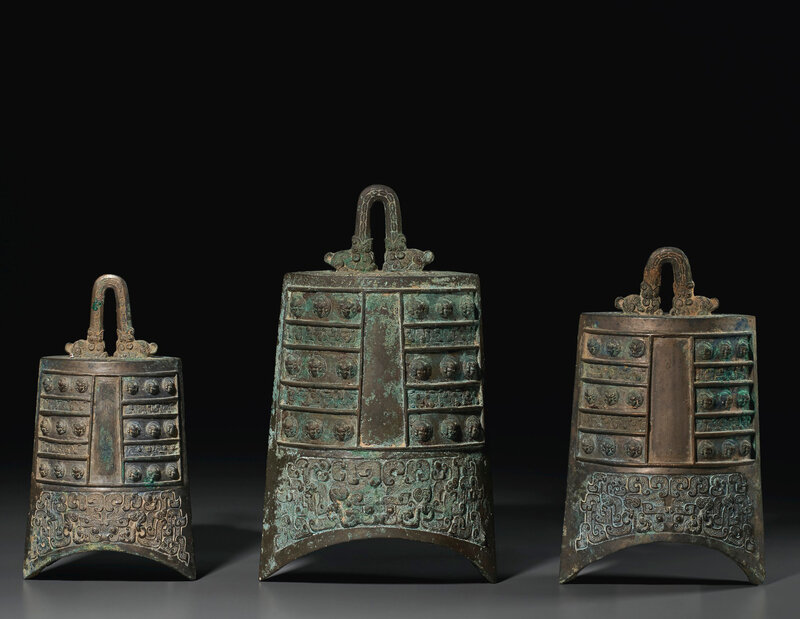 Each is finely cast with bands of bosses formed by coiled serpents above a broad taotie band and surmounted by an inverted U-shaped handle cast with cowrie shells emerging from the mouths of recumbent mythical beasts, stand.

Note: Bells of this type were made in graduated sizes to form a set or 'chime'. Each bell when struck on two different locations at the mouth, emitted two different tones.

Music was of great importance in the court life of ancient China, and depictions of musicians playing instruments, both string and percussion, can be seen in wood and pottery figures from the Han through the Tang dynasty, and as decoration on bronzes of Eastern Zhou date. A set of wood musicians with stringed and wind instruments from the 2nd century BC tomb at Mawangdui, Changsha, Hunan province, is illustrated in Music in the Age of Confucius, J. So (ed.), Freer Gallery of Art and Arthur M. Sackler Gallery, Washington DC, 2000, p. 19, fig. 1.6. Figures shown playing a set of bells and stone chimes is shown in a reproduction of decoration on a bronzehu from Baihuatan, Chengdu, Sichuan province, p. 20, fig. 1.7. With the discovery in 1977 of the tomb of the Marquis Yi of Zeng, which contained an intact set of sixty-five bells, as well as a set of stone chimes, similar to those shown on the hu, far more has been learned about the importance and use of bells in ancient China. As R. Bagley states in his chapter on percussion, ibid, pp. 35-63, "no other instrument tells us so much about musical performance, music theory, and acoustic technology". He goes on to point out that "sets of bells were both aurally and visually the most prominent instruments of musical ensembles" in ancient China, but outside of China were unknown.