LONDON.- The British Museum opened the first major exhibition on the history of the Arctic and its Indigenous Peoples, through the lens of climate change and weather. The Arctic has been home to resilient communities for nearly 30,000 years, cultures that have lived with the opportunities and challenges of one of the most dramatic environments on the planet. Today climate change is transforming the Arctic at the fastest rate in human history. The Citi exhibition Arctic: culture and climate is the first to look at the whole circumpolar region, revealing how Arctic Peoples have adapted to climate variability in the past and meet the challenges of global climate change today. Through the knowledge and stories of Indigenous Arctic Peoples, the exhibition addresses the global issue of changing climates in a transforming world.

Bringing together the largest and most diverse circumpolar collection ever displayed in the UK, including objects from the British Museum’s world-class Arctic collection and international lenders and commissions, this exhibition reveals a wealth of artistic expression and ecological knowledge, from the past right up to the present day. From rare archaeological finds, unique tools and clothing adapted to flourish in the cold, artworks reflecting the respectful relationship between Arctic people and the natural world, to stunning photography of contemporary daily life, the exhibition shows the great diversity of cultures and ingenuity of communities responding to dramatic changes in seasonal weather and human-caused climate change. The Arctic Circle is the most northern region in the world encompassing the area of midnight sun in summer and the polar night in winter that covers 4% of the Earth. It is home to 4 million people including 400,000 Indigenous Peoples belonging to one or more of 40 different ethnic groups with distinct languages and dialects. Most of the Arctic’s Indigenous inhabitants are involved in hunting, fishing and reindeer herding. These subsistence activities are supplemented by employment in industries such as government infrastructures, energy, commercial fishing and tourism.

Arctic Peoples have traded and engaged across the Circumpolar North for millennia. From Russia, Greenland, Canada and the USA to the Scandinavian nations, the peoples of the region have thrived within this ever-changing and evolving landscape. Scientists predict that the Arctic will be ice-free in 80 years, which will bring dramatic and profound change to the people that live there and will affect us all. Twyla Thurmond, tribal coordinator, from Shishmaref, Alaska says “Shishmaref and other Alaska Native communities are demonstrating how people can stay strong and unified in their search for answers to climate change, the most challenging problem of the 21st century.”

The exhibition features many objects from across the circumpolar region, including an 8-piece Igloolik winter costume made of caribou (wild reindeer) fur, illustrating the relationship between humans and animals in the Arctic. The hunted animal provides food for the community as well as clothing, perfectly adapted to help humans survive the extreme cold. All available natural materials are put to use. A delicate and unique household bag from western Alaska, crafted from tanned salmon skin, demonstrates the beautiful properties that emerge from fishskin when skilled practitioners work and expose material to particular weather conditions. 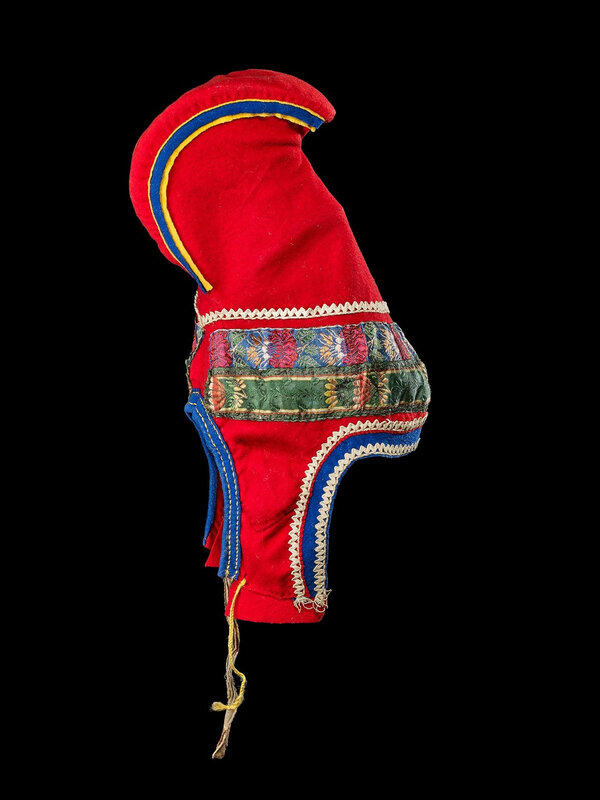 Over the past 300 years, Arctic Peoples have faced dramatic social, economic, and political changes as a result of European and Russian exploration to the region, quests for the Northwest Passage, and the global fur trade. A key object from this period is the Inughuit (Greenlandic) sled made from narwhal and caribou bone and pieces of driftwood. It was traded to Sir John Ross on his 1818 expedition, marking the first encounter between Inughuit and Europeans. Arctic Peoples’ responses to the establishment of colonial governments and state-sponsored religions in the Arctic will feature, including a bronze carved Evenki spirit mask that was made from a 17th century Russian Orthodox icon. Today, Arctic Peoples are transforming traditional heritage to meet contemporary needs and safeguard their culture. From performances adapted from ritual practices to commercial artwork inspired by storytelling and material traditions. Stunning contemporary photography of the Arctic landscape and local communities forms part of the immersive exhibition design. There are new artworks commissioned for the exhibition. These include a limestone Inuksuk, an iconic Arctic monument of stacked stones used to mark productive harvesting locations or to assist in navigation, built by Piita Irniq, from the Kivalliq Region of Nunavut, Canada. A new installation from the art collective Embassy of Imagination presents traditional clothing designs made from Japanese paper and printmaking by Inuit youth in Kinngait (Cape Dorset) and Pangnirtung, Nunavut, Canada.

The Citi exhibition Arctic: culture and climate tells inspirational stories of human achievement while celebrating the region’s natural beauty. It encourages debate about the future of this globally significant landscape in the light of the global climate change. Arctic Peoples have faced different kinds of change, developing strategies and tools to mitigate the disruptive effects of social and environmental change from which we can all learn. 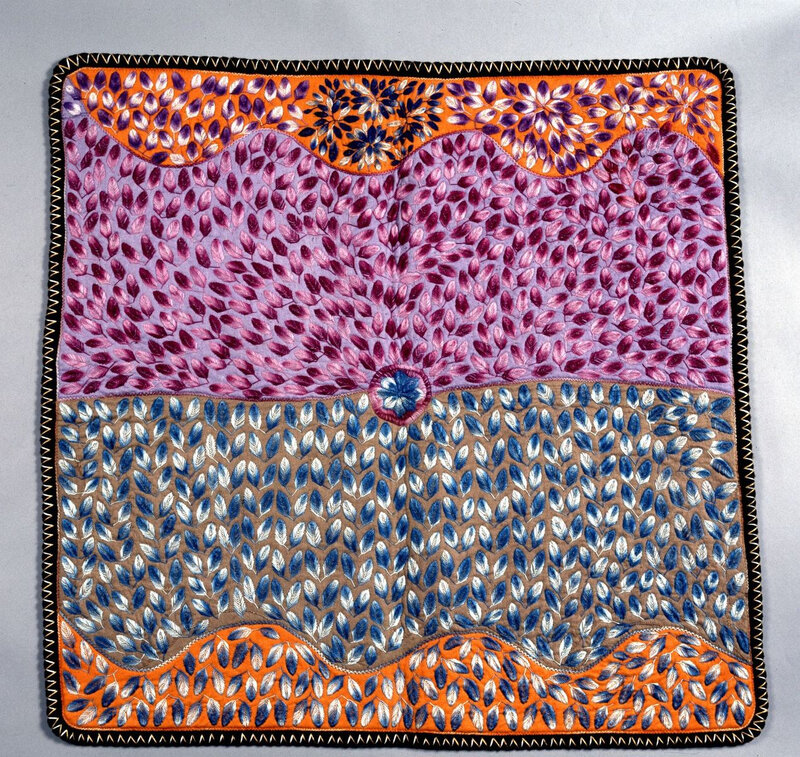 Amber Lincoln, Curator, Americas Section, British Museum, said ‘Through the generosity of Indigenous Arctic People and Arctic scholars, this exhibition weaves together compelling stories, objects and landscapes of the Circumpolar North, at a time when the Arctic is changing before our very eyes.’

Hartwig Fischer, Director of the British Museum, said ‘The Citi exhibition Arctic: culture and climate is a bold and ambitious exhibition that reflects the expanding vision of the British Museum. The show directly addresses the essential question of how humans can live with the impacts of extreme weather. The future and past come together in the present, united by the shared experiences of Arctic peoples. I would like to thank Citi, whose on-going support has allowed the Museum to realise this ground-breaking exhibition.’ Ivory model sled with dogs, Northeast Siberia, Russia.© The Trustees of the BritishMuseum. Round, coiled basket with carved decoration on the lid in the form of a walrus headwith tusks, Marvin Peter (1911–1962) Inupiat; Utqiaġvik, Alaska, US.1952. Baleen, bird quills, walrus ivory.© Trustees of the British Museum. 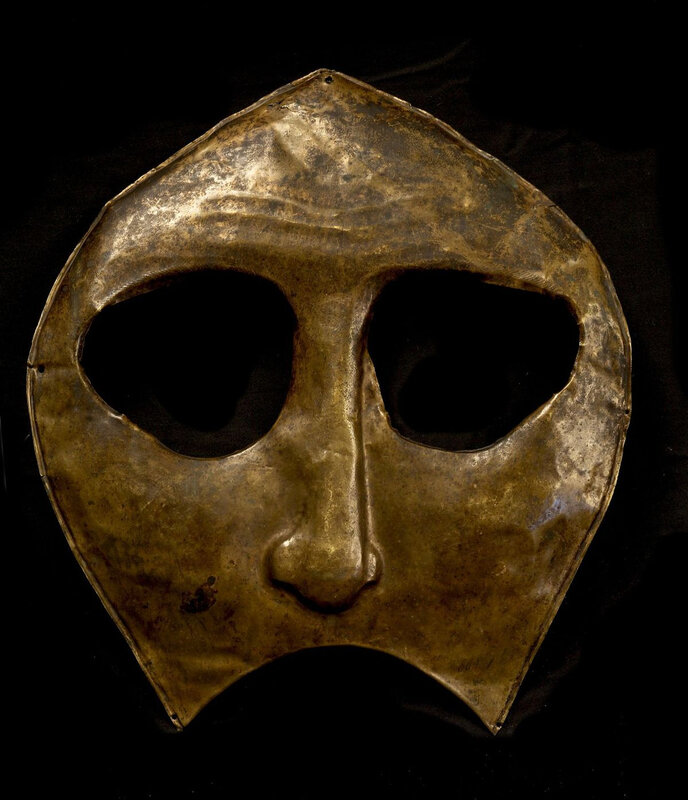