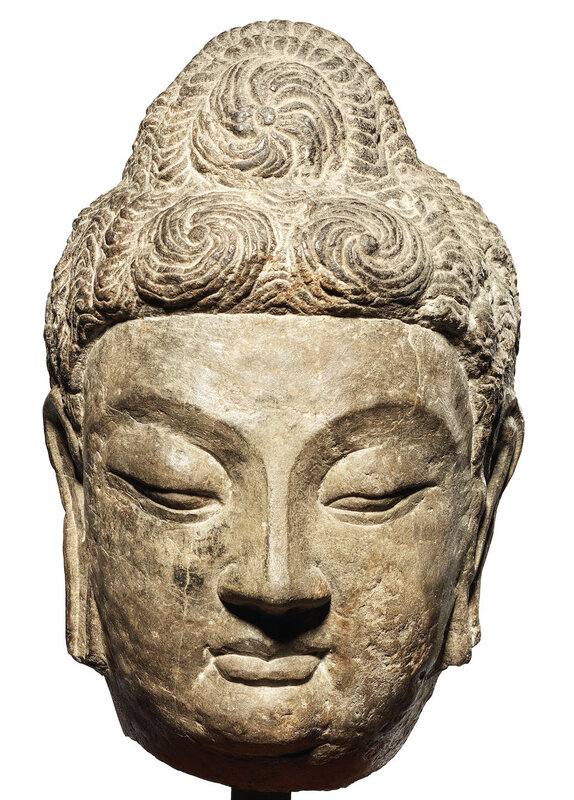 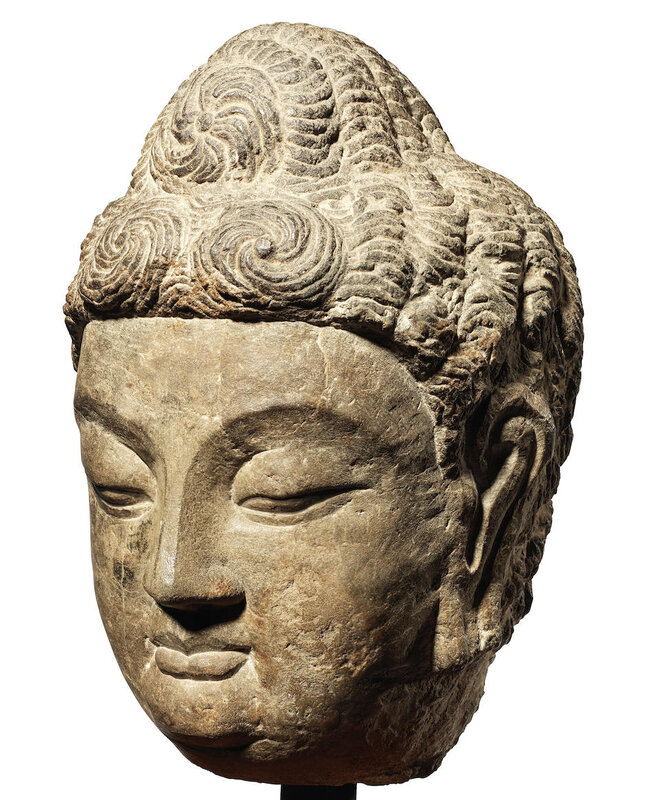 Note: This large and strongly carved head bears features from the transitional phase of development at the grottoes of Longmen, as the site activity resumed after a long hiatus following the fall of the Northern Wei dynasty. Official sponsorship and further expansion began with renewed energy at the end of the Northern Qi to the early Tang period, and indeed, the present head shows stylistic traces inherited from the early Tang sculptural experimentation. The shallow carving of the eyes, whose lids emerge in low-relief bowed lines from small rounded inner canthi, are similar to the large heads from that site.