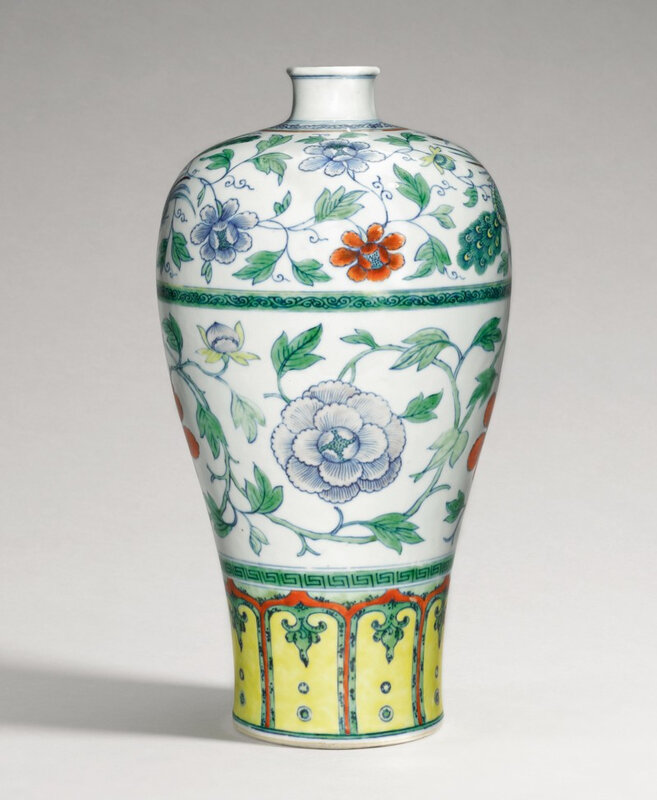 robustly potted, the tapering body rising to a high rounded shoulder and surmounted by a short waisted neck and a lipped rim, the main register with four vibrantly painted large floral blooms borne on a continuous undulating leafy stem, the upper register with two phoenixes in flight amidst a floral ground enclosed within classic scrolls, all above upright lappets picked out in bright yellow, green and orange enamels skirting the base.

Note: This elegant meiping belongs to a select group doucai vases, whose form and design closely follow blue and white porcelain of the 14th century. The tripartite division of the motif and the bold rendering of flowers and serrated leaves are characteristics of meiping from the Yuan dynasty (1279-1368), such as a one in the Shanghai Museum, included in the Museum’s exhibition Splendors in Smalt. Art of Yuan Blue and White Porcelain, Shanghai, 2012, cat. no. 13.