Note: A similar dish from the Hongzhi period of the same size and shape but with the dragon surrounded by waves, deeply incised and covered with a pale-green enamel, is illustrated by R.Krahl, Chinese Ceramics from the Meiyintang Collection, vol.2, London, 1994, pl.693. See also a Hongzhi dish in the National Palace Museum, Taipei, published in Minji meihin zuroku, vol.II, Tokyo, 1977, pl.82, also with the dragon-and-cloud design. 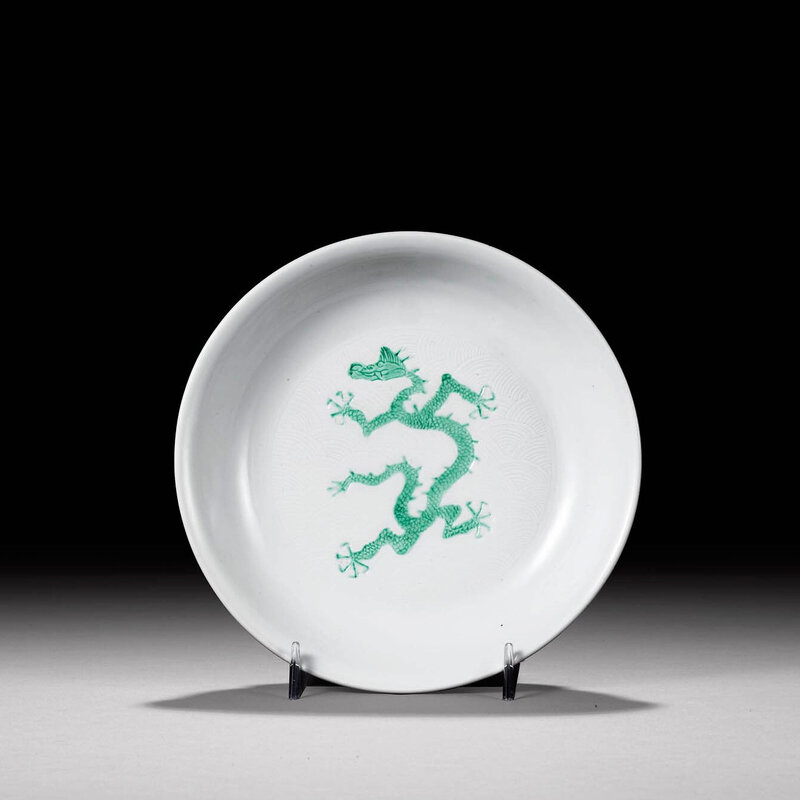