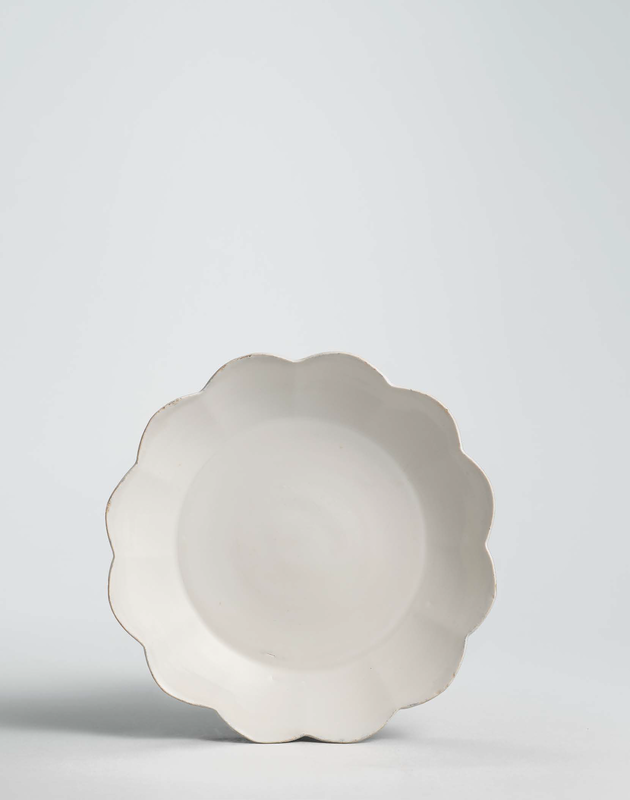 The washer is elegantly potted with fluted walls rising from the flat base to twelve petal lobes, covered overall with a thin lustrous glaze of pale ivory tone with the exception of the tip of each lobe, thinning slightly around the rim of the base.

Note: During the Song dynasty vessels made in chrysanthemum form became popular in a number of media, including silver, lacquer, and fine ceramics. A small number of Song dynasty chrysanthemum-form dishes are preserved in the Qing Court collection, among which is a Southern Song Guan dish from the Xiuneisi kiln in the collection of National Palace Museum, though potted with a short ring foot and fired on spurs, it shares the same number of lobes and a very similar proportion to the current dish, see Catalogue of the Special Exhibition of Sung Dynasty Kuan Ware, Taipei, 1989, no. 93.