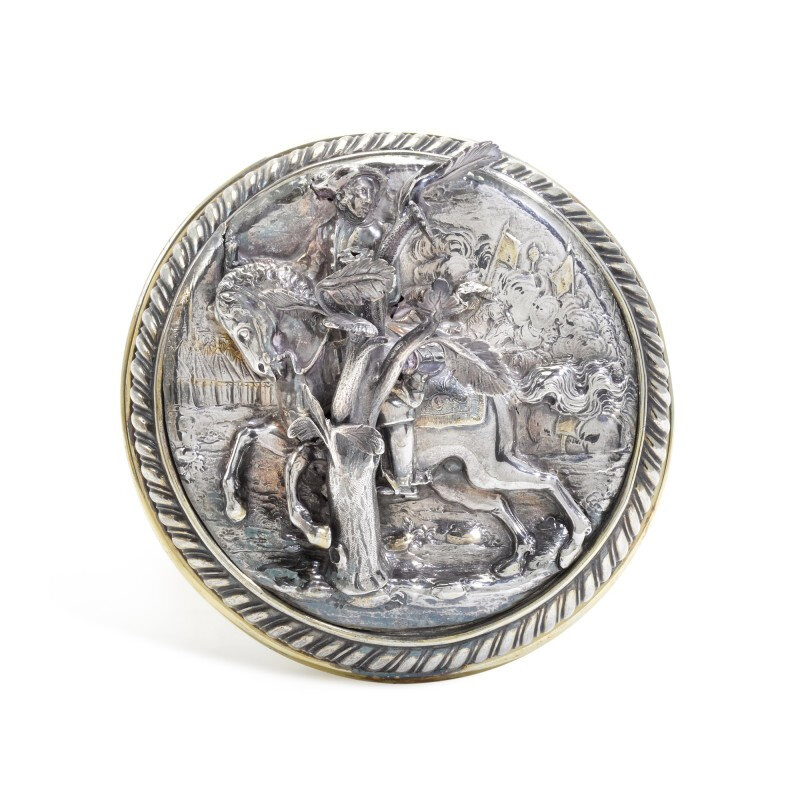 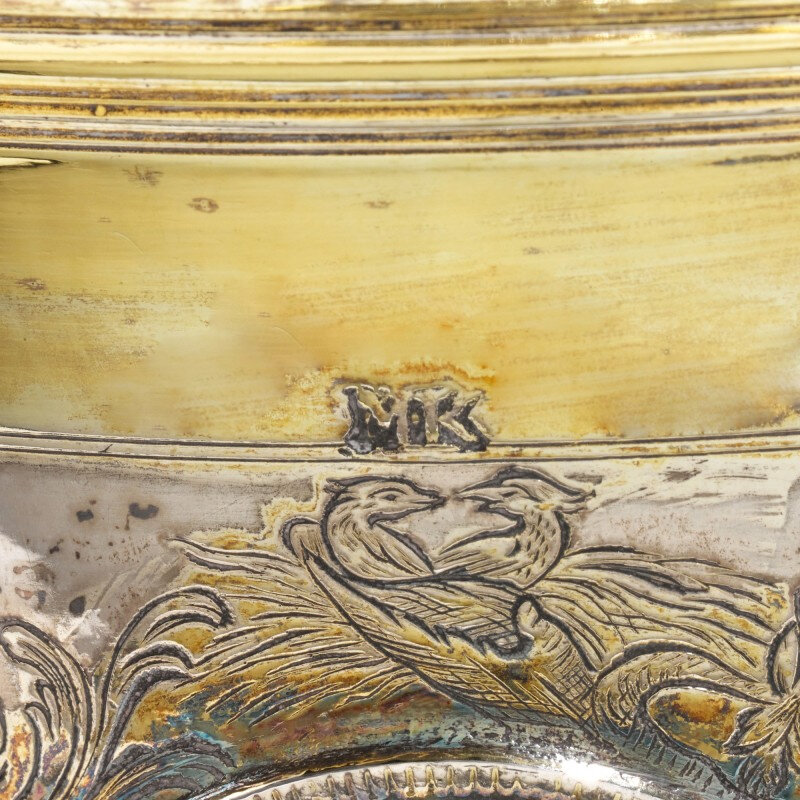 Tapering, cylindrical with spreading foot and gadrooned rims, fitted with ten 17th and early 18th century coins and medals enclosed by engraved foliage, the base with a Wismar 32 Schilling, dated 1632, cover spirally fluted as seen from the inside, the cover fitted with an early 18th century embossed plaquette of an equestrian figure behind a tree in a military setting, maker's mark only.