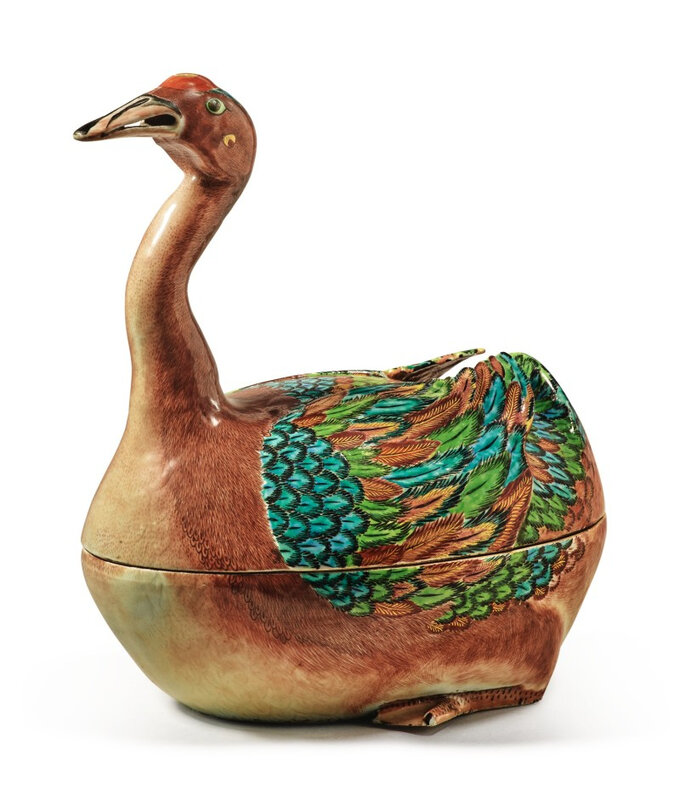 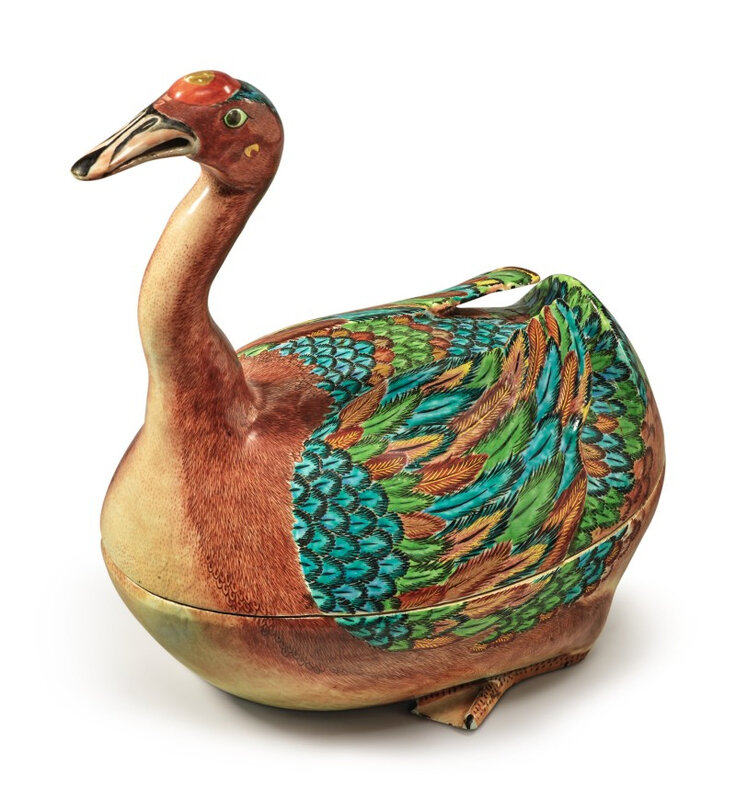 naturalistically and boldly modeled, the raised head supported by a long curving neck, the body finely enameled with sepia plumage, the folded wings molded with overlapping feathers in green, turquoise, iron-red, and sepia with details picked out in gilding, the webbed feet tucked under the body.

Property of an Important Midwestern Collection.

Goose tureens count as one of the most impressive forms in Chinese export art made for the West. A symbol of power and status in a European interior in the 18th century, the presence of a Chinese export goose tureen conveyed not only the exquisite taste of the owner, but also the wealth of the family. Scholars suggest earlier European ceramic bird-form tureens were the original models for these impressive tureens made in China for the Western markets. Pottery and porcelain modelers such as Adam von Löwenfinck, the original director of Höchst faience factory who later joined Strasbourg in 1749, and J. J. Kändler, the most important modeler at Meissen, are credited with the creation of the European ceramic prototypes for large avian forms. However, waterfowl form vessels were also prevalent in Chinese art, notably as incense burners.

There are two distinct types of Chinese export goose tureen, one with a shorter neck and longer body, and overall of a more sturdy appearance; and the other type, represented by the current example, modeled with a longer neck projecting a more elegant and delicate silhouette. The V.O.C. famously ordered 25 goose tureens for stock in 1763, signifying the contemporary demand for such tureens in Europe. While the modeling of goose tureens is relatively uniform across the second half of the 18th century, the enameling of these tureens demonstrate the technical virtuosity and range of the Chinese porcelain painters working at the time. Some are decorated with brilliant coloring at the wings, using colors such as puce, purple, turquoise, grisaille and gilding, and others are decorated in a more realistic manner, intending to be representative of the actual appearance of the animal.

The present example, with the body painted in sepia and decorated with bright enamels at the wings is unusual, and only three other examples appear to be extant. An example formerly in the collection of Lady Baron, sold in our London rooms, October 22nd, 1963, lot 37, and later sold at Christie’s London, October 13th, 1975, lot 81, is now in the collection of the Metropolitan Museum of Art, New York, gifted in 2014 by Mrs. Douglas Dillon, acc. no. 2014.436a,b. Another example was sold in our Monaco rooms, February 9th, 1981, lot 997. A third example is in the collection of the Fitzwilliam Museum, Cambridge, acc. no. OC.71.1&A-1938. 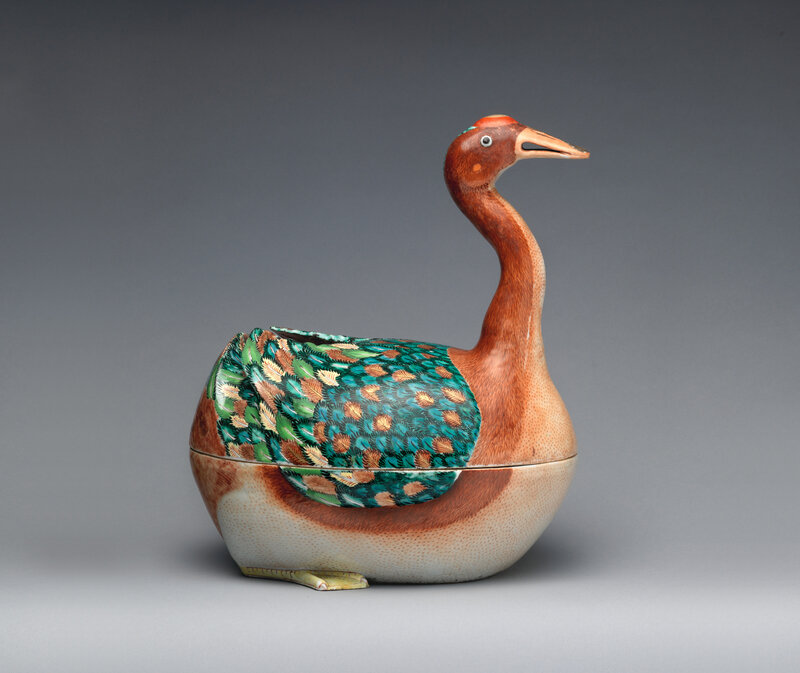 A related example decorated with the Spanish arms of José de Gálvez y Gallardo on the chest, formerly in the collection of Nelson and Happy Rockefeller, is illustrated in Ricardo Espirito Santo Silva, J. A. Lloyd Hyde and Eduardo Malta, Chinese Porcelain for the European Market, Lisbon, 1956, pl. VII and on dust-jacket, and was sold in these rooms, January 18th, 2019, lot 323. 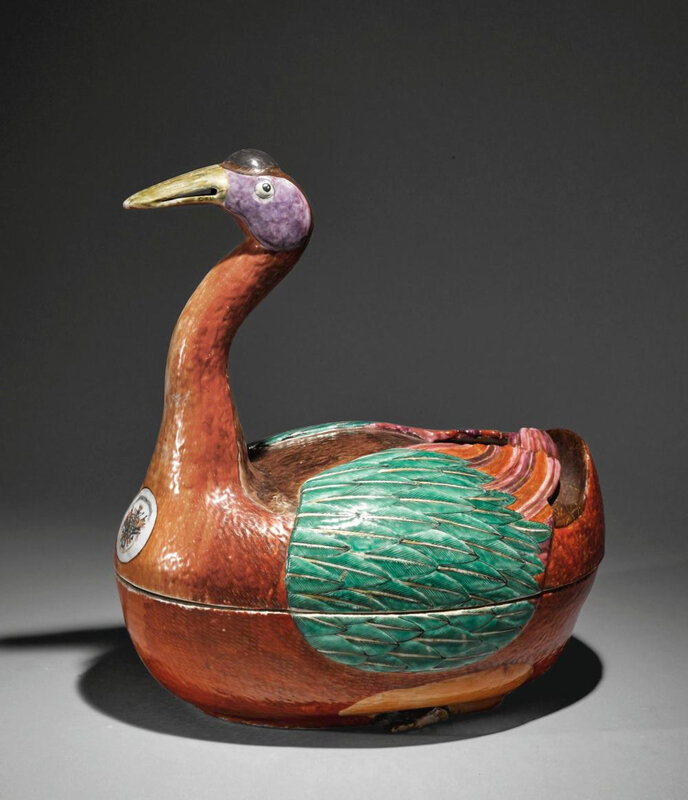