PARIS - Bulgarian-born artist Christo, who died this past May at 84, was famous for the spectacular ambition of the environmental projects he created in collaboration with his wife, Jeanne-Claude, who died in 2009. Over the decades, as they tirelessly battled (not always successfully) to bring celebrated temporary artworks like “The Gates” in New York’s Central Park to fruition, Christo and Jeanne-Claude also acquired pieces by friends and contemporaries.

These works are being auctioned this week by Sotheby’s in a two-part sale in Paris, the city in which the couple first met after Christo escaped from Communist Bulgaria in 1957, before moving to New York in 1964. Proceeds from the sale benefit the artists’ estates.

“They didn’t consider themselves collectors,” Matthias Koddenberg, an art historian and close friend of the couple, said in an interview. “They only had works by artists they knew, or admired or were close to.”

After arriving in New York on the SS France, Christo and Jeanne-Claude created a studio in a disused factory at 48 Howard St., in SoHo, where they lived and worked for the rest of their lives. The art they owned “stood as testaments to various friendships and encounters,” Koddenberg explained in a foreword to the auction catalog. “In their eyes, the prestigious names weren’t important, but the stories that tied the pair to each of them certainly were.”

Plenty of these stories were told in Sotheby’s catalog entries for the 28 most valuable works offered in a live auction Wednesday, which raised 8 million euros with fees, or about $9.8 million, against a presale high estimate of 3.8 million euros. An online auction of a further 347 lots, expected to raise at least 314,000 euros (or about $380,000), ends Thursday.

Italian conceptual artist Lucio Fontana was an early supporter of Christo, buying one of his “Wrapped Can” sculptures at a group show in Cologne, Germany, in 1958. Christo and Jeanne-Claude became close friends with Fontana in the 1960s. During one of their frequent visits to his studio in Italy, Fontana asked Jeanne-Claude to choose one of his works.

The selected piece, a trademark canvas with a single cut called “Concetto Spaziale, Attesa,” inscribed by the artist to Jeanne-Claude, inspired intense competition from telephone bidders before selling for about $1.1 million with fees, against a low estimate of about $360,000.

The most highly valued work was a 1964 Andy Warhol “Jackie” silk-screen canvas, showing the mourning first lady at the state funeral of President John F. Kennedy, estimated at 700,000 euros to 1 million euros, or as high as $1.2 million. The piece had formerly been owned by New York art critic David Bourdon, who wrote monographs about both Christo and Warhol. Bourdon wanted to sell the work, but after receiving estimates of $1,000 from auction houses, he decided to sell it instead to Christo and Jeanne-Claude for $1,001, according to Koddenberg. In, Paris it sold for about $1.1 million. 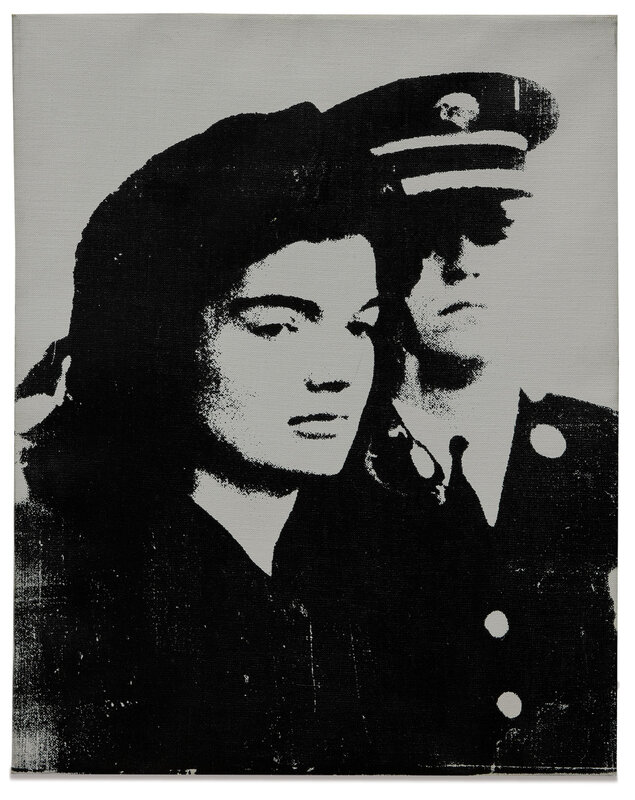 A treasured modernist “Hoge” armchair by Gerrit Rietveld that the couple brought across the Atlantic on the SS France sold for about $257,800; a painted plaster food sculpture by Claes Oldenburg, who helped them find their Howard Street studio, about $97,580; a 1964 Warhol “Liz” print that was a gift from Leo Castelli, a titan of the New York gallery world, who encouraged Christo and Jeanne-Claude to move to the United States, climbed to about $91,000, more than three times the estimate. 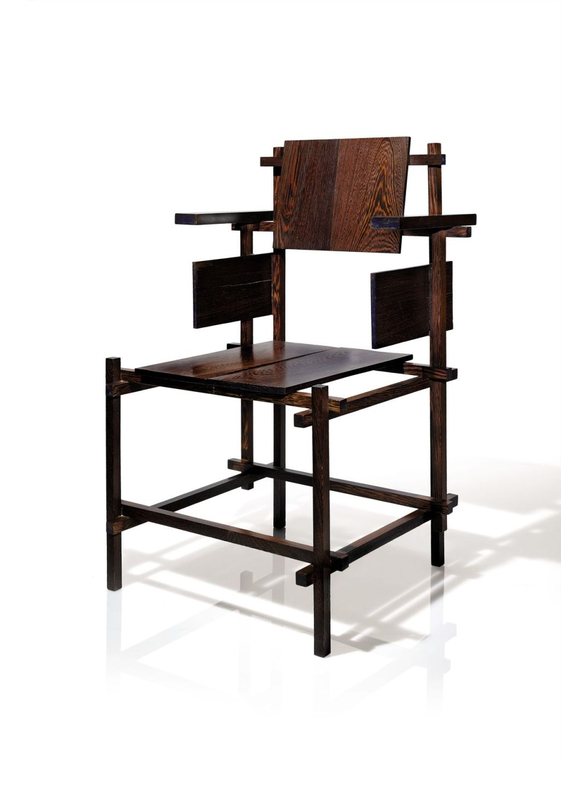 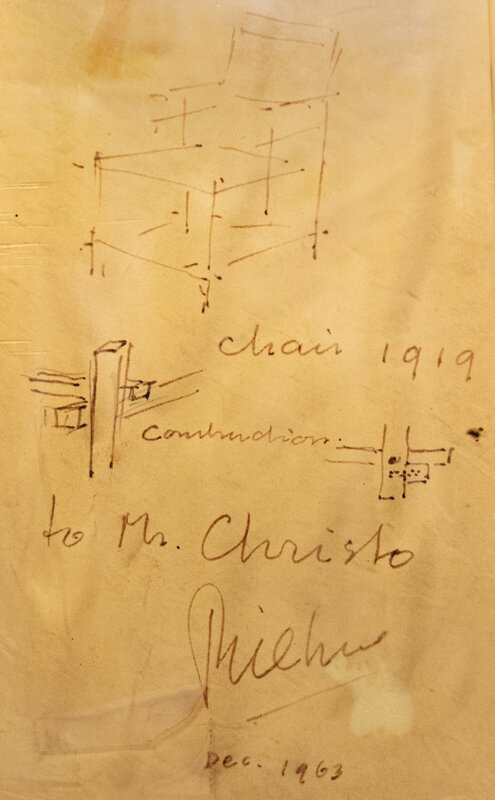 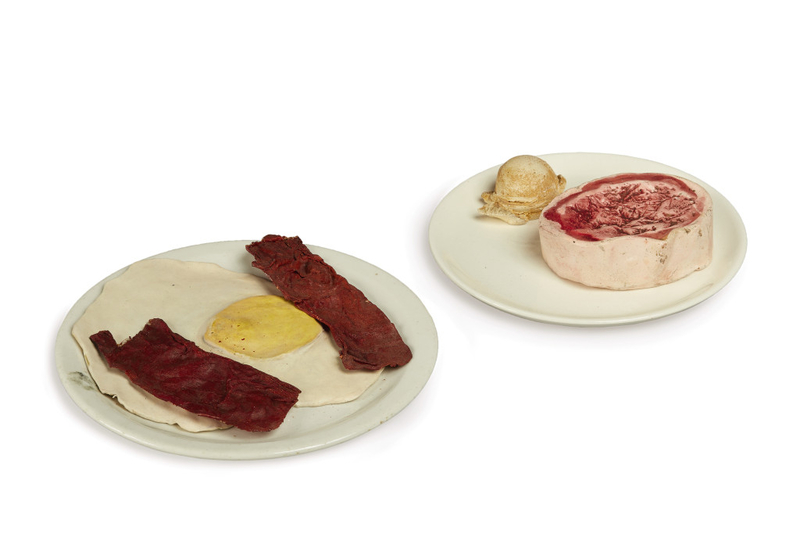 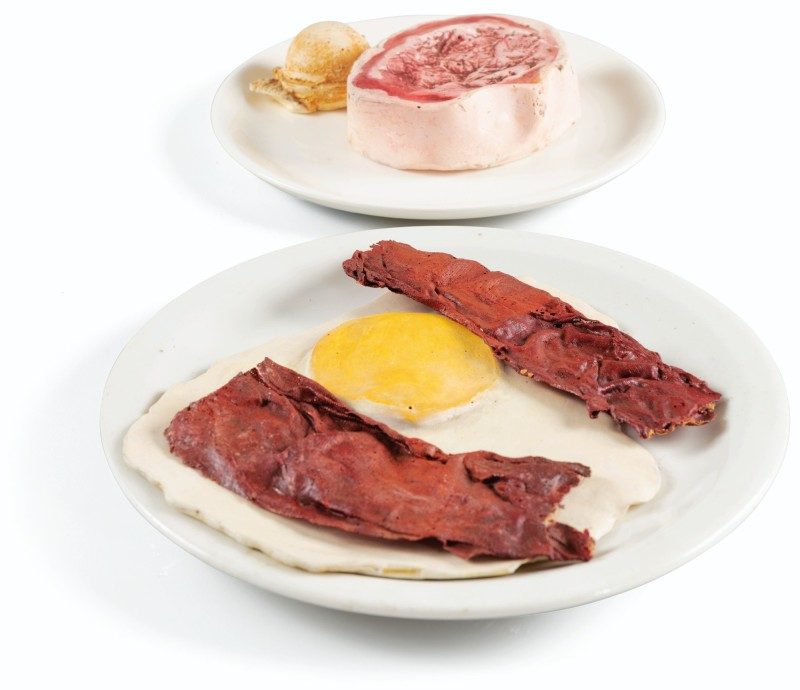 It was a point of principle to Christo and Jeanne-Claude that their grand schemes were entirely self-funded by the sale of Christo’s own artworks, such as large-scale working drawings.

“Christo came from a communist country; freedom was very important to him,” said Vladimir Yavachev, the artist’s nephew and director of operations. He is in Paris to oversee arrangements for the wrapping of the Arc de Triomphe, the couple’s posthumous 24th large-scale project, scheduled to be on view starting Sept. 18. “That’s why they needed to pay for it themselves,” Yavachev added. “The way to have freedom is to sell to who you want and not to have to answer to anyone.”

Christo had kept back two impressive 8-foot-wide drawings associated with the couple’s 1991 twin-venue “Umbrellas” project, involving the simultaneous erection of 3,100 large, colored umbrellas in inland valleys in the United States and Japan. The project ended in tragedy, when two people died, resulting in the premature closure of the artwork after less than three weeks.

Estimated at about $241,000 to $361,400, the drawing showing the yellow umbrellas that were erected on the hills of Tejon Pass north of Los Angeles proved a highly desirable image, selling to a telephone bidder for about $2.05 million, setting an auction record for the artist. The similarly valued study of blue umbrellas by the Sato River north of Tokyo reached about $1.45 million. “Is that wrapped?” the auctioneer, Olivier Valmier, deputy director of Sotheby’s Paris, couldn’t resist joking before the hammer fell. In the end, all 28 lots sold, prompting Valmier to be presented with the pair of white gloves that come along with a fully successful auction.

“It was a real collection,” said Christian Ogier, a Paris-based dealer in modern and contemporary 20th-century art. “It was authentic, and was put together at a time when art wasn’t under the big-money spell.”