A very rare Ru-type vase, Yongzheng six-character seal mark in underglaze blue and of the period (1723-1735)

A very rare Ru-type vase, Yongzheng six-character seal mark in underglaze blue and of the period (1723-1735) 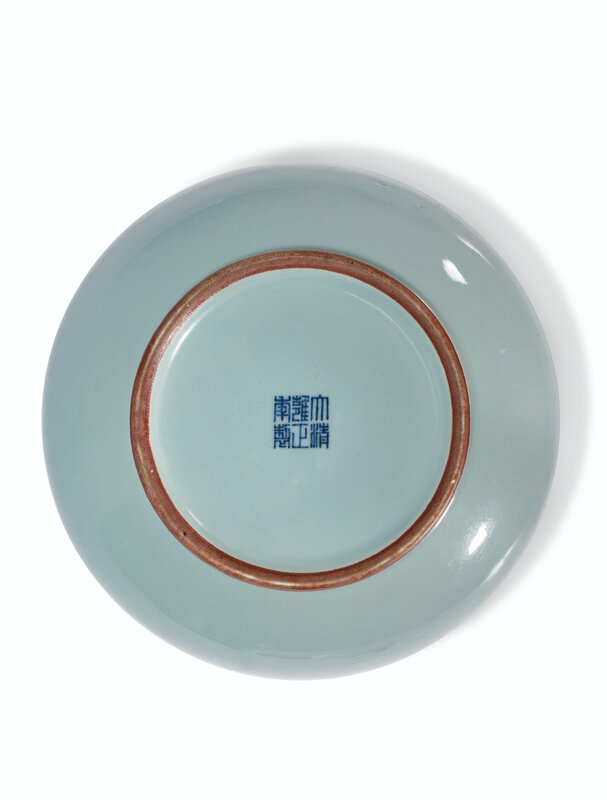 The rounded, globular body is raised on a low foot and rises to a wide, straight neck. The vase is covered inside and out with an even glaze of sky-blue color, and the foot is dressed brown.

Note: The soft blue glaze and bold form of the present vase can be related to monochrome, archaistic vases from the Yongzheng period: see, for example, a sky-blue-glazed zun-form vase illustrated in Sekai Toji Zenshu, vol. 15. Ch’ing Dynasty, Shogakukan edition, Tokyo, 1983, p. 201, no. 281. However the simple yet distinctive shape of the present vase, with its bulbous body and short, straight neck, appears to be very rare. Another rare example illustrated in Shimmering Colours: Monochromes of the Yuan to Qing Periods, The Zhuyuetang Collection, Hong Kong, 2005, p. 148, no. 77.