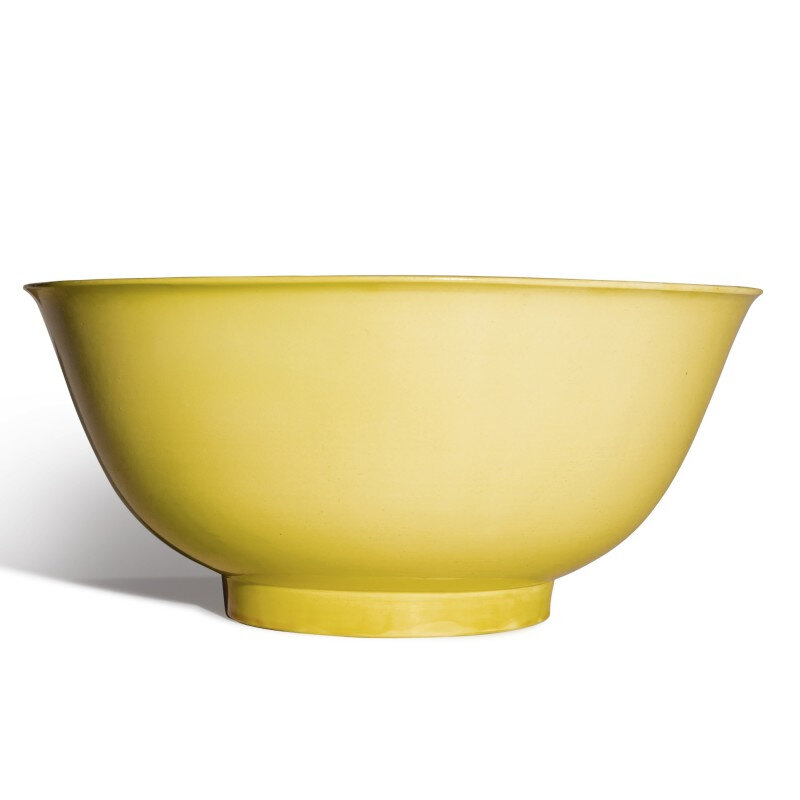 the finely potted deep rounded sides rising from a slightly tapered foot to a wide everted rim, applied overall with a vitreous translucent pale yellow glaze, gradating to a richer egg-yolk tone towards the bottom, the glaze pooling naturally along the foot, the base white-glazed with a six-character mark in underglaze blue within a double circle.

Note: Large yellow-glazed bowls with imperial marks originated during the Jiajing period (r. 1521-1567) and enjoyed a renaissance under the Kangxi Emperor (r. 1662-1722). Bowls of this type are believed to date from the early Kangxi period.