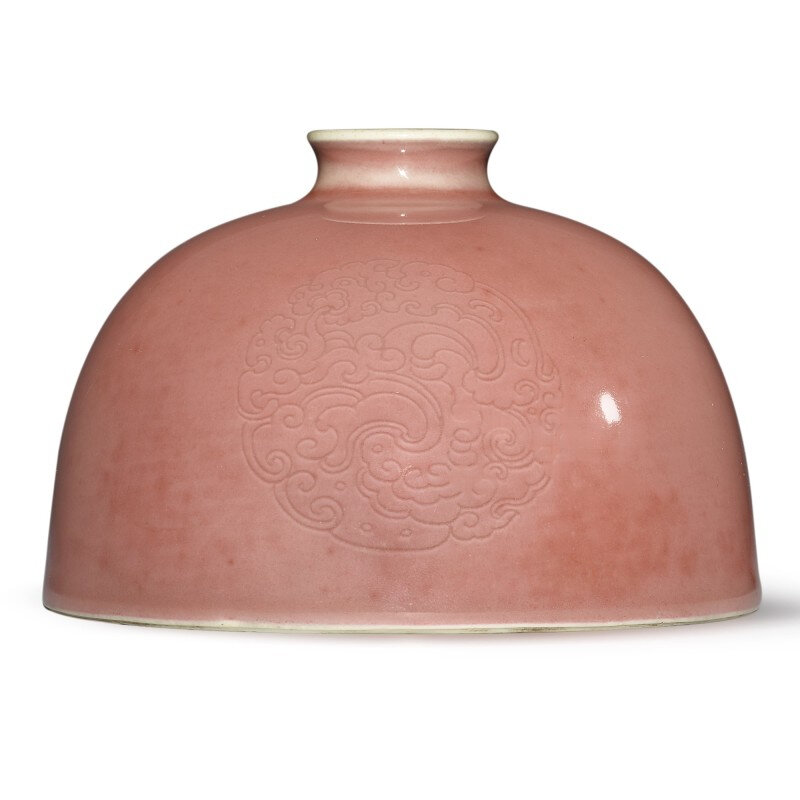 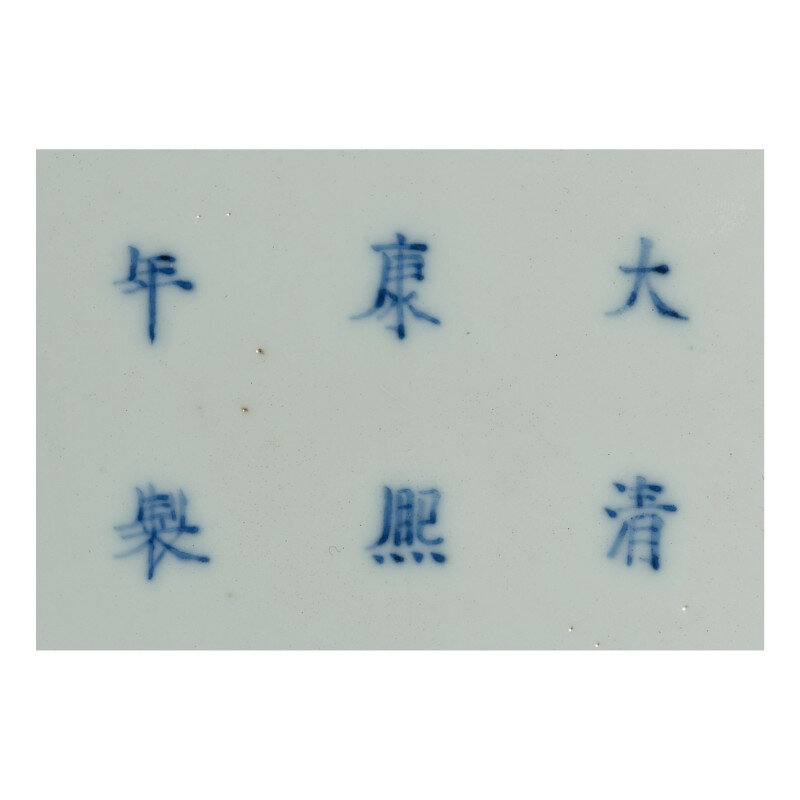 finely potted in the classic domed 'taibai zun' form, the slightly tapered sides rising to rounded shoulders and short waisted neck below a lipped mouth rim, the exterior evenly applied overall save for the rim and base with a rose-pink glaze variegated in dark and light tones and mottled with raspberry-tinged flecks, the body incised with three stylized archaistic dragon roundels, the recessed base with a six-character mark in underglaze blue.

Note: Peachbloom’ waterpots of this characteristic form are known as taibai zun, after the Tang dynasty (618-907) poet Li Taibai (701-762). A notorious drinker, he is often depicted leaning against a wine jar of this form, as seen in a porcelain sculpture of the same period in the Palace Museum, Beijing, illustrated in Kangxi, Yongzheng, Qianlong. Qing Porcelain from the Palace Museum Collection, Hong Kong, 1989, pl. 89. While this form is commonly described as a waterpot, its intended use is difficult to identify, as noted by Regina Krahl in ‘Peachbloom’, Chinese Porcelain from the 15th to the 18th Century, Eskenazi, London, 2006, p. 10. It is imagined that vessels of this type were filled with water to allow a painter to dip their brush and then shape it on the neck. However, Chinese painters typically dip their brush directly into the ink, previously prepared by grinding an ink cake with a few drops of water.

Similar waterpots include one in the Palace Museum, Beijing, illustrated in op. cit., pl. 125; another in the Shanghai Museum, published in Wang Qingzheng, ed., Kangxi Porcelain Wares from the Shanghai Museum Collection, Hong Kong, 1998, pl. 206; a third from the Sir Percival David Collection and now in the British Museum, London, included in Illustrated Catalogue of Ming and Qing Monochrome Wares, London, 1989, no. 580 and on the cover; and a further example from the collections of Edward T. Chow and the British Rail Pension Fund, sold twice in our Hong Kong rooms, 25th November 1980, lot 66, and again 16th May 1989, lot 61