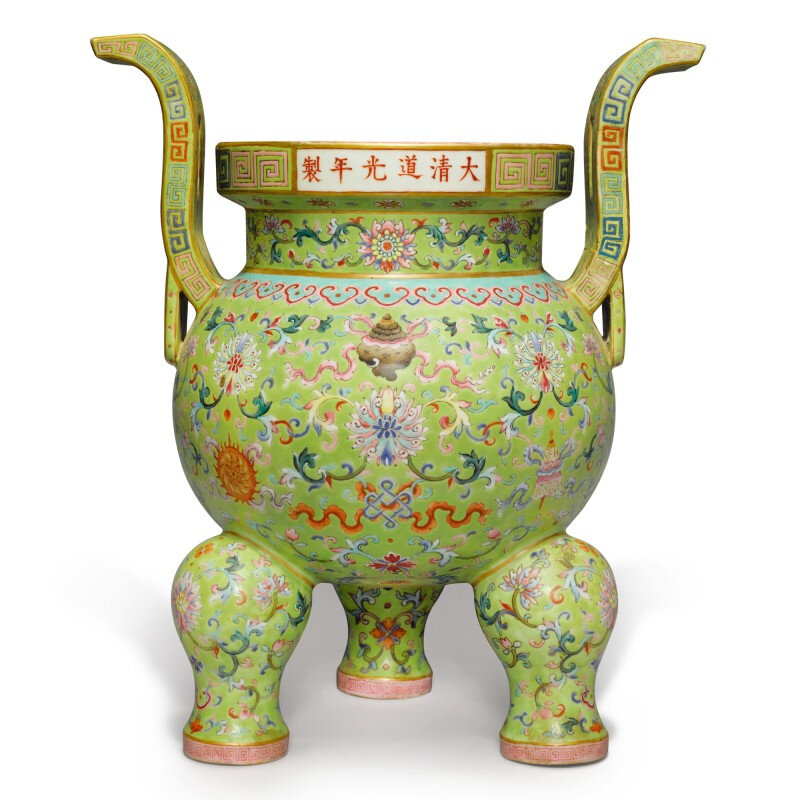 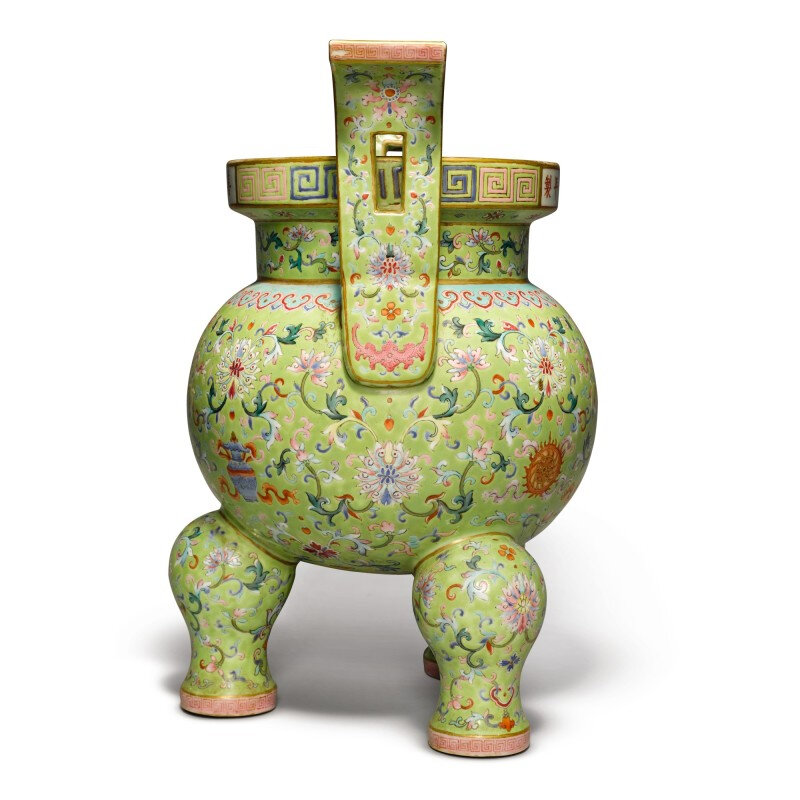 the globular body brightly enameled with the 'Eight Buddhist Emblems' amidst meandering lotus scrolls extending onto the cabriole legs, the shoulder with a band of ruyi heads, flanked by a pair of pierced, upright curved handles decorated with lotus blossoms and bats, the waisted neck similarly decorated with lotus scrolls, all below a galleried rim with a pink and blue keyfret border interrupted by two horizontal cartouches on either side enclosing the six-character mark and three characters reading Shanyuanan (Shanyuan temple) in iron red, the underside with an inscription translating to 'respectively donated by De Shun, Supervisor of the Jiujiang Custom', the interior enameled turquoise.

Provenance: Collection of an American missionary, acquired in China.
American Private Collection, received as a gift from the above by 1947, and thence by descent.

Note: De Shun was one of the superintendents of the imperial kilns in Jingdezhen during the Daoguang period. The same position was once held by one of the most important figures in the history of imperial porcelain production in China, Tang Ying (1682-1756). Following the footsteps of his legendary predecessor, De Shun diligently fulfilled his duties, as well as the emperor's expectations during his seven years of service between 1832 and 1839. He successfully supervised the first production of the renowned Shendetang marked wares, which subsequently set new standards for late Qing porcelains. A small number of related censers bearing the same inscription of De Shun have been recorded, including an iron-red censer of the same form, in the collection of the Museum of Guangxi Zhuang Autonomous Region, Nanning, published in Guangxi bowuguan gutaoci jingcui / Gems of Ancient Ceramics in Guangxi Museum, Beijing, 2002, pl. 170.