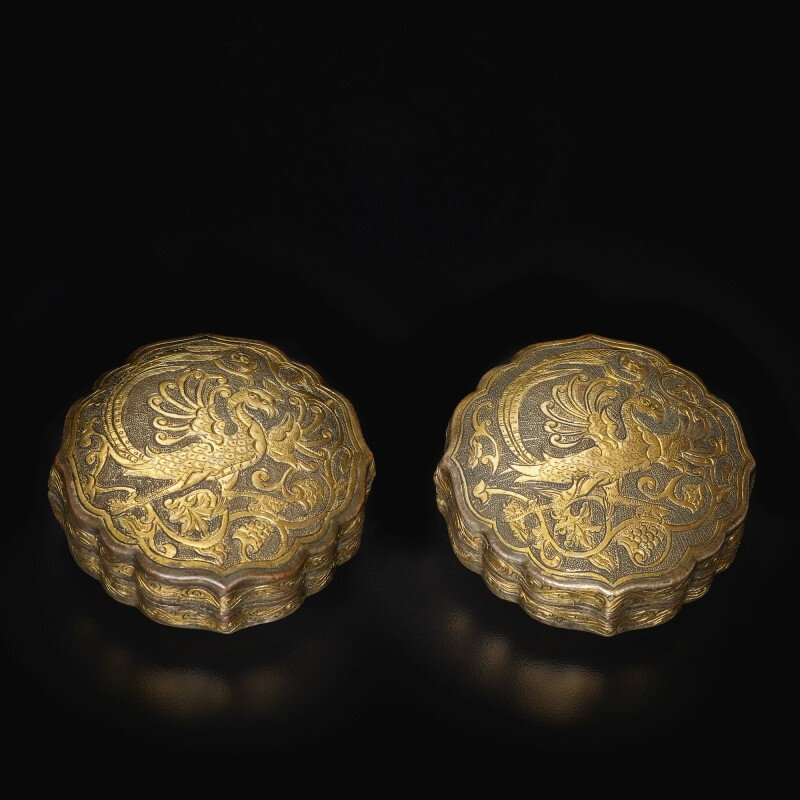 each of generally circular section with the undulating sides divided into four bracket foliations, the central panel of each box and cover worked in repoussé with a phoenix in motion, the wings and legs outstretched and the long tail sweeping overhead, a leafy fruiting vine twisting along the edges, the bird and vine gilded and set against a ring-punched ground, the sides chased with a continuous band of scrollwork picked out in gilt (4).

Marvin Sadik was a scholar of American art, who served as the director of the National Portrait Gallery, Smithsonian Institution, Washington, D.C., the Bowdoin College Museum of Art, Brunswick, Maine, and the University of Connecticut Museum of Art, Mansfield, Connecticut. Dr. Sadik became director (1969-1981) of the National Portrait Gallery just one year after the museum opened to the public, and his achievements there included expanding the collection to over 2,000 artworks, acquiring important presidential portraits by Gilbert Stuart, persuading the U.S. Congress to pass legislation allowing the museum to collect photography, and mounting pathbreaking exhibitions devoted to African Americans and other subjects.